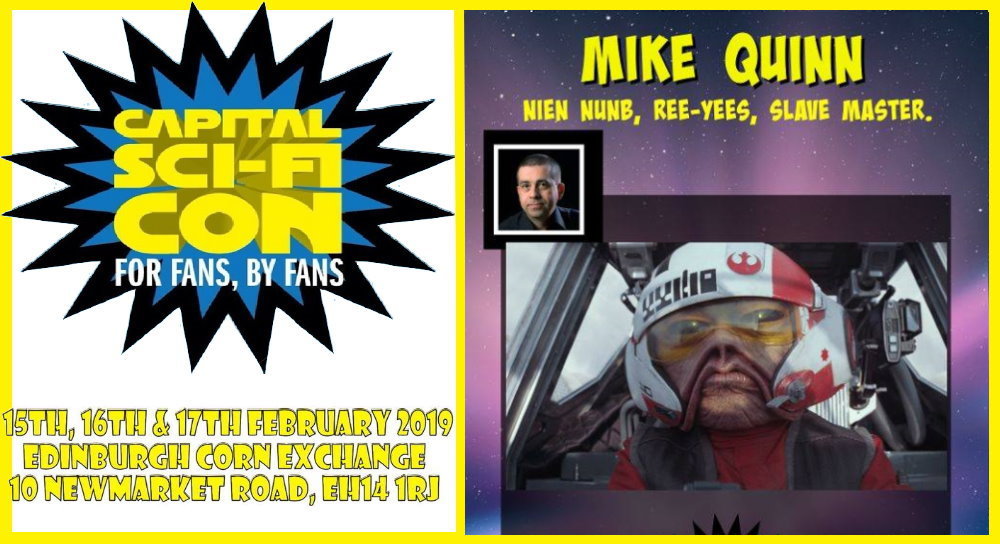 Capital Sci-Fi Con takes place at the Edinburgh Corn Exchange on 15th, 16th, 17th February 2019 and joining the guest list is a man who joined the galaxy in Return of the Jedi, returned for Attack of the Clones and took part in the sequel trilogy. 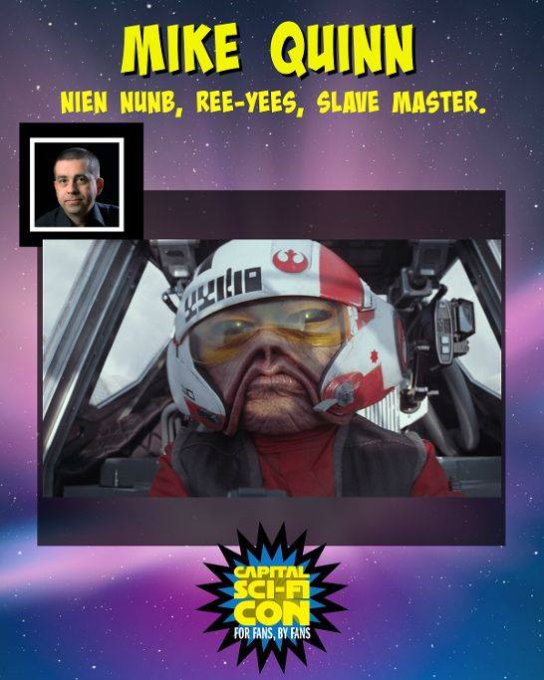 Tonight, we are really pleased to announce our next guest for Capital Sci fi Con 2019!

Please give a very warm welcome to the super talented Mike Quinn!

Mike is currently enjoying almost four decades in the entertainment industry as a Puppeteer, Creature Performer, Animator, Actor, Producer and Director.
At 16 years of age, Mike was chosen and mentored by Jim Henson to work as a Muppet Performer on many Muppet film and television production projects, Including The Great Muppet Caper, The Dark Crystal, Labyrinth, Fraggle Rock, The Storyteller, Dreamchild, Muppet Christmas Carol, Muppet Treasure Island and the more new Muppet films, The Muppets and the follow up Muppets Most Wanted. He also assisted Kermit and friends on the recent ABC series The Muppets for prime-time television and multiple live Muppet performances at the Hollywood Bowl in California and the O2 Arena in London.

Possibly his most famous role is the character Nien Nunb, the co-pilot next to Lando Calrissian, of the Millennium Falcon, who flew into and blew up the second Death Star in Star Wars Return of the Jedi. Furthermore, in Jedi he assisted performing Yoda with Frank Oz and many other creatures. Now considered as an official Star Wars Legacy character, fan favourite Nien Nunb can also be seen in Star Wars: The Force Awakens, The Last Jedi and the upcoming Episode IX and one of the new Disney theme park rides.

Other feature films and shows include Who Framed Roger Rabbit?, Little Shop Of Horrors, How To Get Ahead In Advertising and the hit Jim Carrey series Kidding.

Wishing to straddle the analogue and digital worlds, he became a CG character animator for Pixar on A Bug’s Life and Toy Story 2 and at ILM Lucasfilm to animate dinosaurs in Jurassic Park 3 and creatures in Star Wars: Attack Of The Clones.

When not working for the Muppets and others, Mike keeps busy with his production company QuinnZone Studios where he is developing projects for film, television, games and the web. He also recently launched the world’s first fully comprehensive online training academy for Film and TV hand puppetry at SecretsOfPuppetry.com.

Mike will be meeting fans and signing autographs over Friday, Saturday and Sunday. He will also be taking part in our panel talks and photo shoots on these days too. You will be able to join Mike at Meal with the Stars on Saturday evening where you can dine with all our guests at a beautiful 3 course meal.

We would also like to announce that Mike has kindly requested 20% of his signing money across the weekend be donated to our chosen charity Children’s Hospices Across Scotland.

Mike joins fellow guests Warwick Davis, Jerome Blake, Chris Parsons, Kiran Shah, Katy Kartwheel, Aidan Cook and Lewis Macleod. Fantha Tracks are there covering the show, so be sure to say hi when you see us on the show floor. 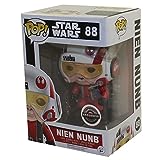