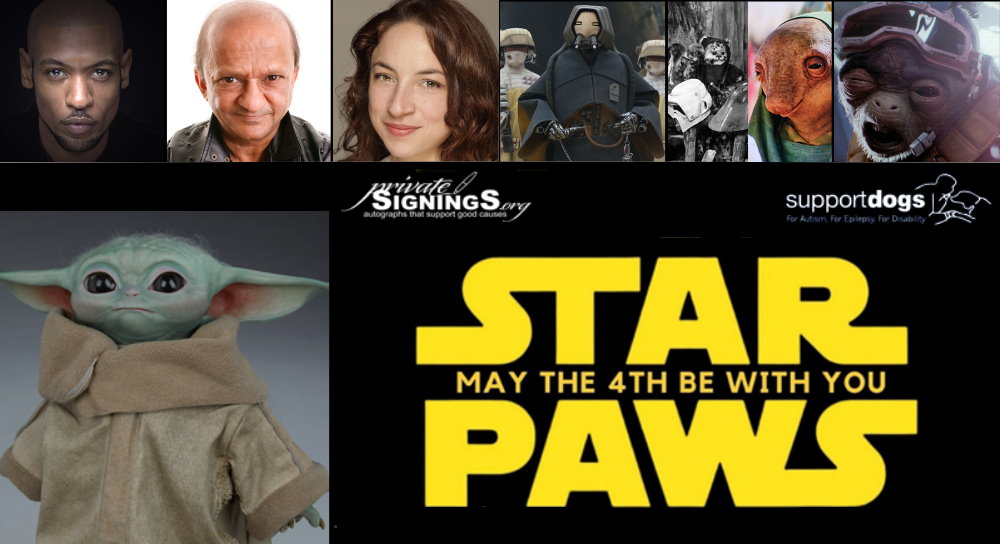 Get your autograph hunting pens and charity heads on as Private Signings reach out to inform us of a great opportunity to chat with some of the talents behind the saga as well as raising funds for a great charity. Just drop £5.00 into the charity raffle pot via this link and you will be in with a chance of winning one of these prizes.

We are incredibly excited to announce we have teamed up with several stars of the Star Wars saga for Star Paws, an exclusive event for all Star Wars fans and collectors.
We are offering you the opportunity to win limited edition and one-off prizes all for just £5 a ticket!

You can buy a many tickets as you like and every penny from your ticket will go directly to our work, transforming the lives of those affected by autism, epilepsy and disability.

Closing date for entries: Wednesday 6th May at 11.59pm

There will be 3 winners drawn and notified via email. 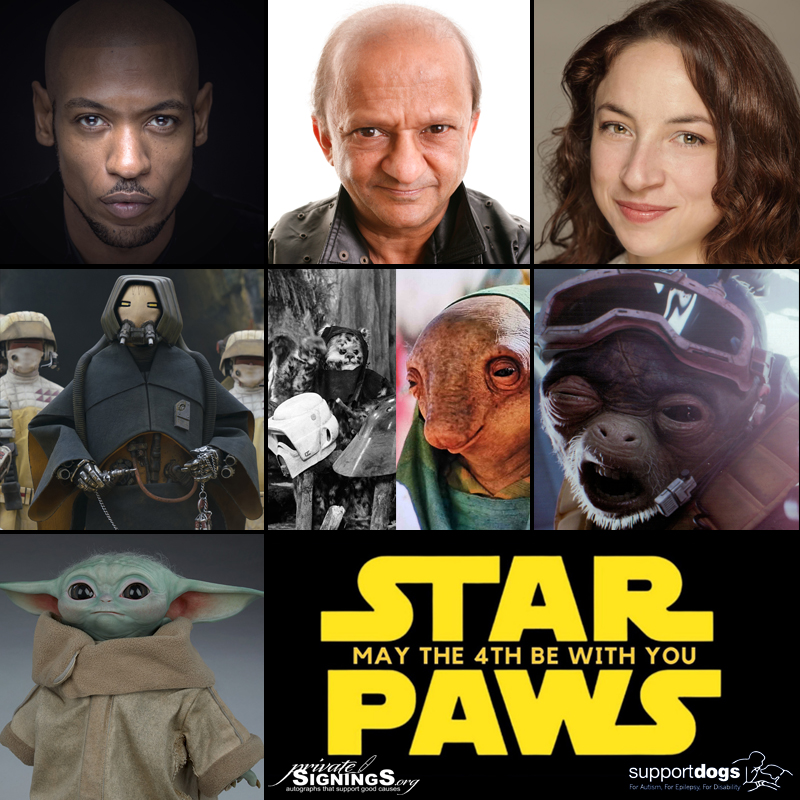 Dee Tails: best known for his work in the Disney era Star Wars Universe, having featured in The Force Awakens as Cratinus (a patron of Maz’s castle), Rogue One as the droid L-1 (K-Ohn) on Jedda, The Last Jedi as the Canto Bight resident Slowen Lo (the namesake of the Beastie Boys song) and finally in Solo: A Star Wars Story as Quay Tolsite, who was the administrator of the Pyke Syndicate’s operations on Kessel.

Kiran Shah, also known as ‘Little Kiran’ is a veteran of TV and film with 45 years in the industry. He has performed in numerous blockbusters including The Lord of the Rings trilogy, Titanic, Indiana Jones, Dark Crystal, Superman I & II, The Hobbit, Legend, The Lion, the Witch and the Wardrobe, and in many Star Wars films from being an Ewok in Return of the Jedi to Nambi Ghima in the most recent Rise of Skywalker.

Katy Kartwheel, her stilt-Walking skill and her short stature landed her a role as “HURID-327” in Star Wars The Force Awakens; working in the Creatures Department under the direction of Neal Scanlan. She returned for both The Last Jedi as a “Care Taker’ on the Island and Solo, as the Body of “Rio Durant” (voiced by Jon Favreau) included stunts whilst working alongside Alden Ehrenreich and Woody Harrelson.

You can invite up to 4 friends to join you for this premier, private experience and you’ll each receive a signed photograph from each actor.

A huge thanks to each actor and Privatesignings.org for donating their time. 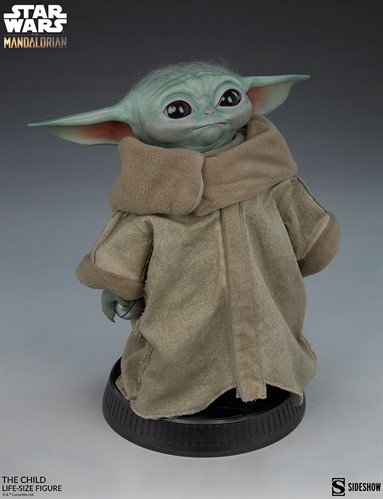 Created in partnership with Legacy Effects to bring you the galaxy’s most sought-after bounty.

Lovingly referred to by audiences as ‘Baby Yoda’, the mysterious alien known as The Child has quickly become the breakout fan-favorite of Star Wars™: The Mandalorian on Disney+. Now eager collectors can become a clan of two and bring home the asset as an incredible 1:1 scale Star Wars collectible, no tracking fob needed.

The Child Life-Size Figure measures 16.5” tall, standing on a simple ship deck base that lets this adorable alien steal all of the focus – along with the Mandalorian’s ship parts. 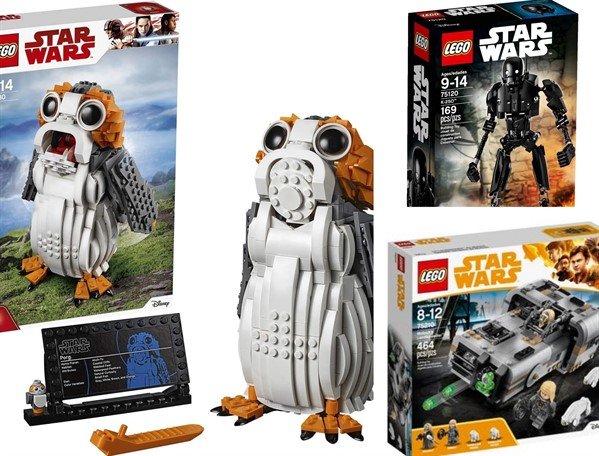 Over £200 of Star Wars Lego including;

Star Wars Vol. 2: Tarkin's Will
$14.39
Buy on Amazon This is a paid link. Learn More. Clicking the link may take you to the Amazon store servicing your country Price incl. tax, excl. shipping.  Details correct as at: 2021-05-10