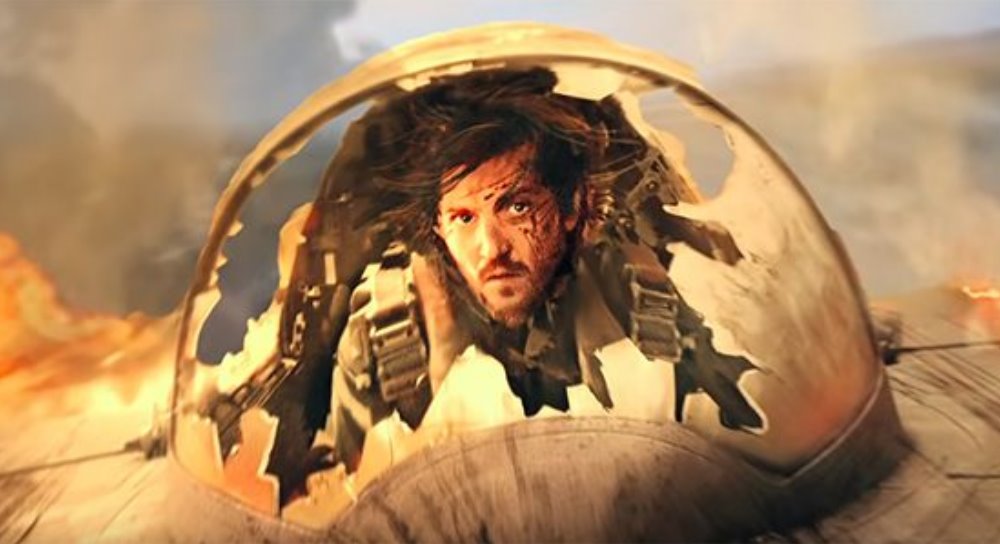 The UK’s largest tabloid, The Sun, has revealed pictures of the exterior sets for the upcoming ‘Andor’ Disney+ TV series in the sleepy UK town of Little Marlow, sets that the paper mistakenly attributes to the Obi-Wan Kenobi TV series.

Fantha Tracks have reviewed public records for the site, and we have been able to confirm that the set is in fact for ‘Andor.’ Whilst we won’t publish correspondence we have seen that confirms this as we wish to protect the private contact details of the people involved in the deal, we can show you picture proof that it is the Andor set below.

Finally, we can also exclusively bring you the full official site set plan, together with details of filming plans for the site.

The newspaper article focuses on reports that the local community is not happy with the production.

…it sparked dozens of complaints over disturbing wildlife, light pollution and traffic in Little Marlow, Bucks, where council chiefs have let Disney use a former quarry site.

Pictures of the site show huge construction alongside a lake at a former quarry, with dozens of small buildings forming a town alongside a host of large marquees expected to contain dressing rooms and other production facilities.

A source said: “This is a massive production and a hugely lucrative franchise – but obviously not everyone locally is pleased to see Disney moving in.

“It might generate some jobs, but this is a pretty rural area which has always been quiet and peaceful – the thought of turning it into some sort of intergalactic war zone to make TV shows is horrifying.

“The set is massive, with great big buildings on it alongside loads of heavy duty machinery coming and going – it’s just totally out of keeping with the countryside vibe here and people are up in arms about it.”

The Newspaper also inaccurately claims production will remain on the site for three years. Read on to find out the real timetable…

If you re-watch the ‘Andor’ sizzle reel, released as part of the November Disney Investor day announcements, specifically at the 54 second and 1 minute 25 second marks (that we have screenshot below) you will be able to compare and contrast that the sets in the above newspaper photos are the same as seen in the sizzle reel. This is particularly obvious when it comes to the building with the three circular doors at the 1 minute 25 second point. You can clearly see in the leaked set photo “#2” the same building, and across the street the circular alleyway that the sizzle reel pans towards.

Rewatch the sizzle reel below:

Fantha Tracks can exclusively reveal the full overall site and set plan that we were able to obtain via freedom of information public records. Our research has also revealed that the original plan was for a March 2020 to December 2020 shoot, but that the Covid-19 lockdown delayed this and a lease agreement between Disney and the site owners Buckinghamshire Council Property & Assets Directorate was pushed back.

Initial approval was given On 6 March 2020 by Wycombe District Council (now Buckinghamshire Council ‘Wycombe Area’) whom granted approval for the temporary change of use of Spade Oak Lake / Quarry and surrounding area for film-making purposes. But on 23rd March notice was given that production was on a 30 day initial lockdown. Although some site clearance had started by this juncture. The lockdown and shutdown would continue.

On 7th July notice was given that filming could now begin on or around the 1st August, and that the nine months of ‘permitted development rights’ originally given would begin at that time.  Lasting through April 2021. The hours of filming were limited to 07:30 to 16:30 Monday to Friday, with occasional Saturdays during the hours of 07:30 and 13:30.

On 14th October permission was requested to extend the temporary planning permission for a period of three years. The reasoning being that following the impact of Covid-19 on operations, including the significant number of people on set at any one time, that “a longer time period is now needed for the film set. It is not definitive that the operation will last for 3 years, but it is expected that this will provide ample time for the operation to reach a conclusion and vacate the site.” The correspondence went on to state that “inevitably there will be periods where, despite best efforts, key team members will have to self isolate. There will also be travel delays and isolation periods for actors and staff travelling internationally.  Therefore, significant delays are anticipated (and have already been encountered since work began on the film set began.)”

However, on 10th November 2020 the request was changed from three years to a period of six months from 1st May to 1st November 2021 bolted on to the initial nine months granted which ends on the 30th April 2021. This request included a change in filming times from 07:00 to 20:00, with occasional weekend filming. Filming would not be every day, and hours would vary “depending on what is being filmed, weather conditions, light conditions, etc.”

It is exciting to have Star Wars filming on UK soil once more, but we urge our readers not to visit the location.  The site is bordered by a lake and Thames Water sewage park, and has 24/7 security guards. You will not get anywhere near to the filming. The UK is also under a nationwide lockdown, and nobody should be making non-essential journeys.

The sooner we get through the pandemic, the faster they can make more Star Wars, we can all meet back up for conventions, and sit in a cinema watching new Star Wars movies.

Lets support the cast and crew in these difficult times from behind our computer screens, and let them get on with the challenging work of production in these times with excitement from a distance.

Star Wars: Andor: Cleveleys Promenade is about to become a part of the GFFA

Little Marlow villagers on the Andor set: “I don’t see what the problem is.”

Diego Luna on Andor: “The way we’re shooting this reminds me of how we shot the film”