STAR WARS NEWS IN A SINGLE FILE
Search
Home News Conventions & Events Have you been to Pinewood Cinema?

If you have come to visit Fantha Tracks then I am sure you will have seen The Last Jedi already.  However, if you fancy revisiting then have you considered seeing it at a rather special cinema? 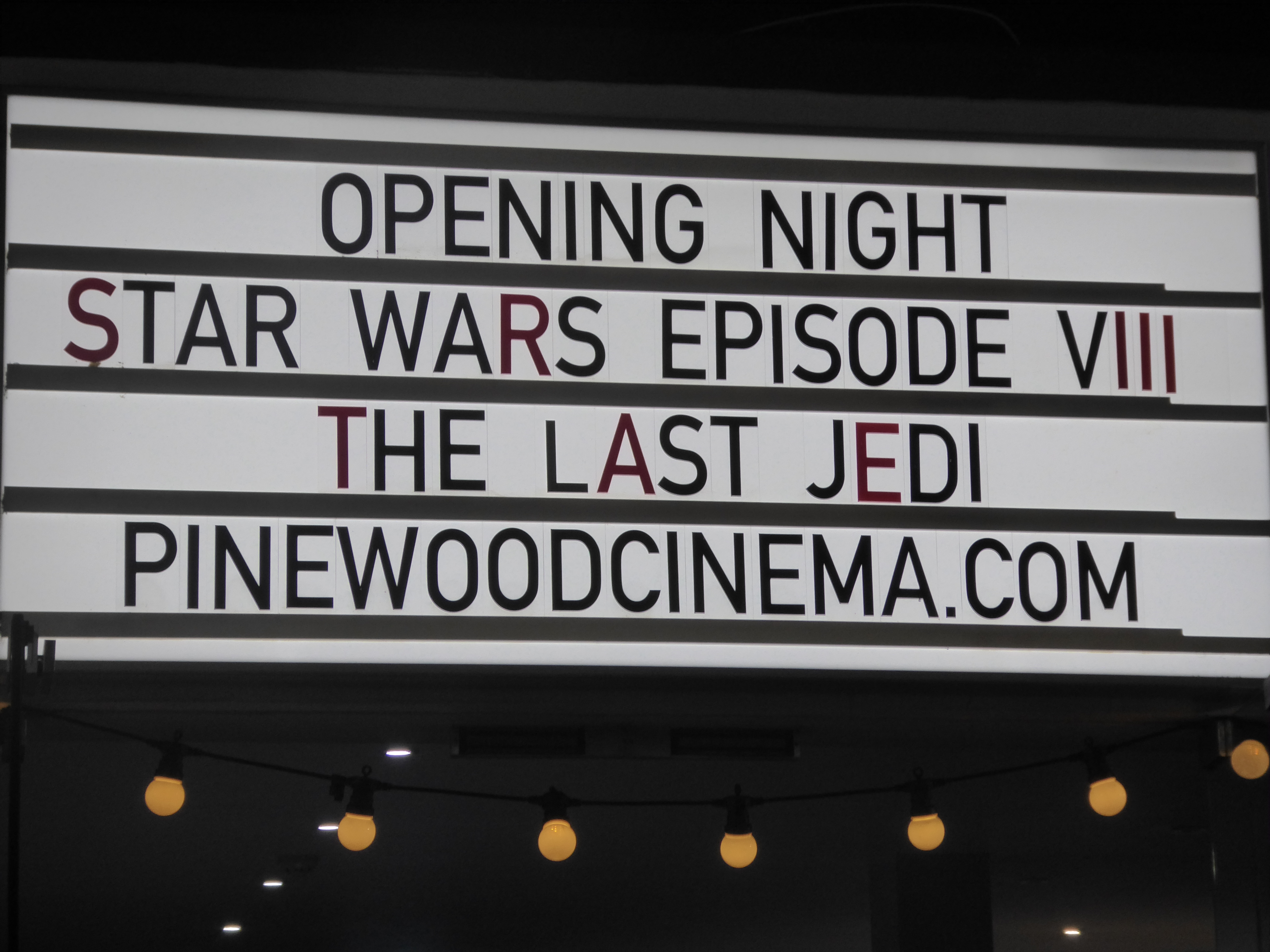 Pinewood Cinema is within Pinewood studios in Buckinghamshire. However are you aware that it is open for public screenings at the weekend?

There is something special about seeing the film where so much of it was made and you certainly get a buzz as you pass through the studios security gate to make your way to the small cinema. 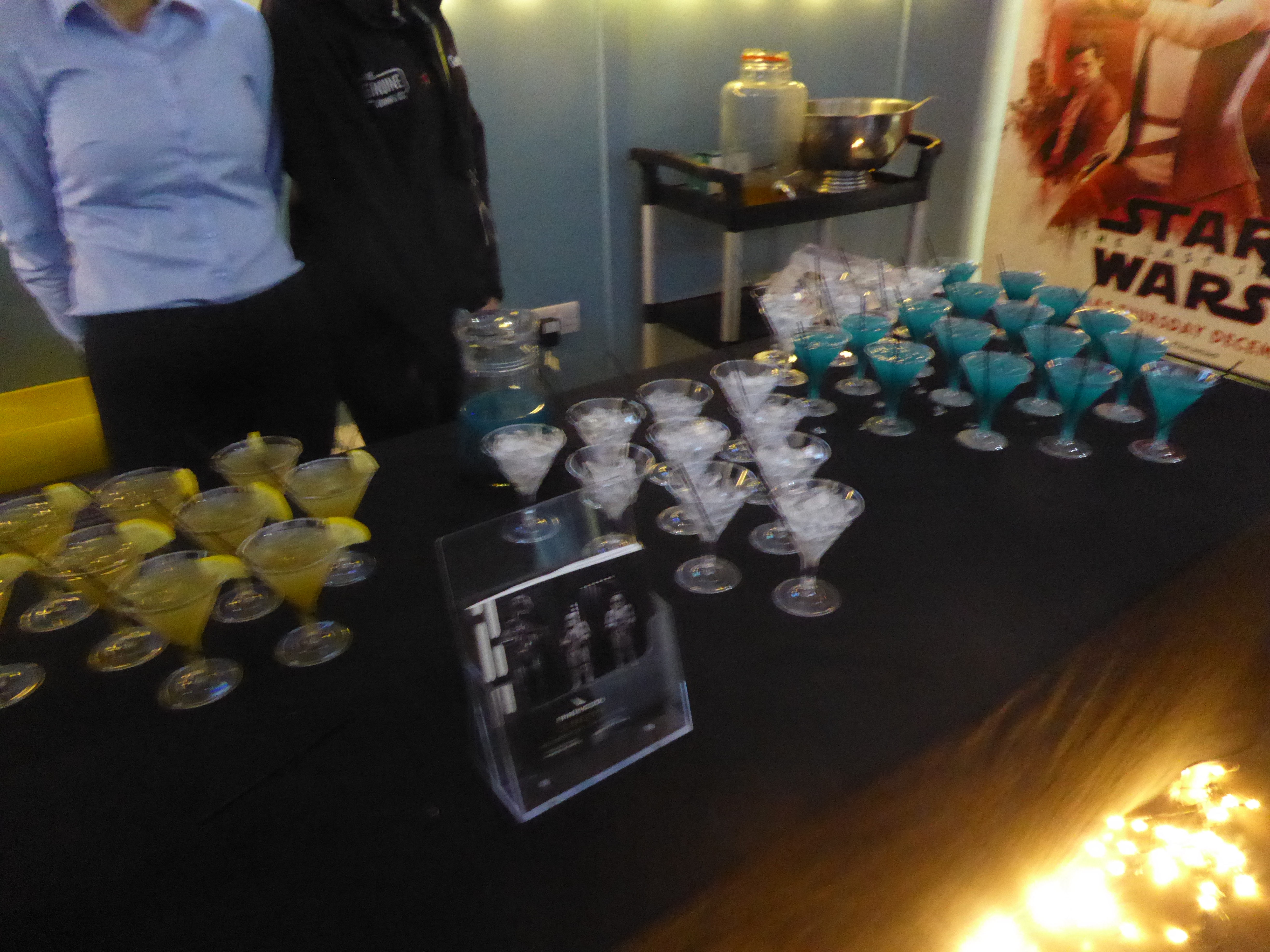 As you go through the entrance to the John Barry Theatre you can stop in the small café and get your snacks for the film.  Its an intimate experience and there is a friendly atmosphere.  At the “Red Carpet” event they used this space to serve themed cocktails so that everyone could mingle and do some last-minute speculation on what they were about to see.  I think the most heard phrase was “No spoilers!”.

You are then shown into the cinema itself and it is a thing of beauty.  As you sit on the plush red seats you can’t help but wonder who else has sat there before you as a part of a preview screening.  Every seat has a great view and unusually for a cinema the front row seems to be the most sought-after seats. 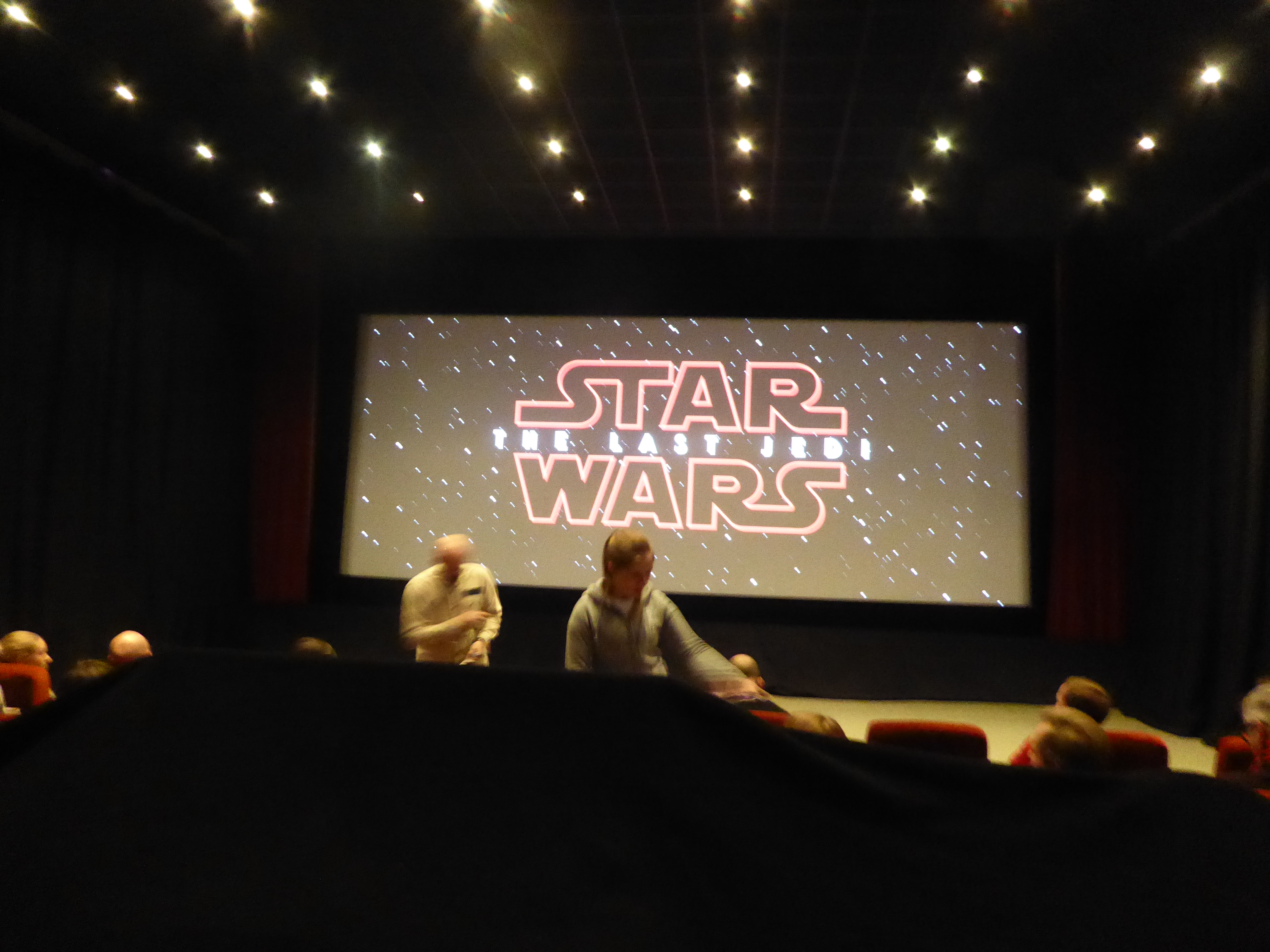 As you would expect the screen is crystal clear and the sound is amazing.  Last time I went I was sat behind the covered sound mixing desk so I like to think we got the perfect sound balance.  No adverts and trailers here – just straight into the film so don’t be late!

If you get the chance I highly recommend making a trip.  The Last Jedi is next showing on 19th, 20th and 21st of January but if you can’t make that they show a variety of films at the weekends all year round.

You can find out more and book tickets here

The Rise of Skywalker: Anthony Daniels: “You almost won’t be aware of some of the things that happened before.”