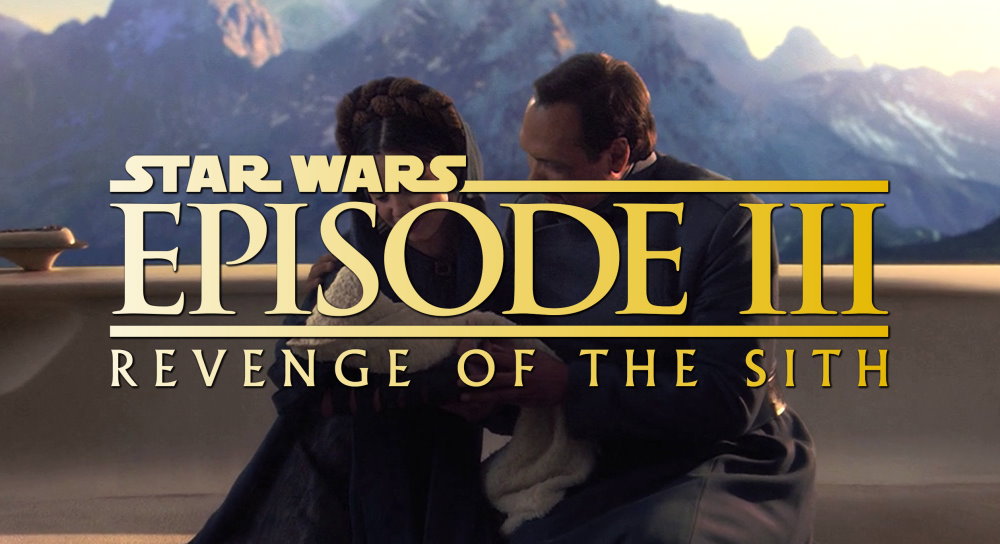 This year is also the 15th anniversary of Revenge Of The Sith, and like with previous anniversaries, Fantha Tracks will be covering this movie with a couple of articles. From behind the scenes to source and merchandise, we go in-depth to hopefully show you the movie in ways you have never seen it before.

Episode III, Revenge Of The Sith is by necessity a movie that was all about closure and ending all the running storylines. However new elements were introduced as well and in the article this month, and next month we will be looking at these newly introduced characters. This month we look at two vital supporting characters. About a month before the premiere of Attack of the Clones in 2002, George Lucas was walking the hallways with concept design supervisors Ryan Church en Erik Tiemens. While work was still going on for Episode II, the mind of Lucas was already on the third and final movie and he mentioned casually to Church and Tiemens that it is time for them to start thinking about seven worlds for him to use to have various battles of the Clone Wars take place. Church replied that this was not going to be a problem as he had been thinking about the Clone Wars since 1977. Just a few days later the first art department meeting for Episode III was held where Lucas elaborates on the earlier conversation by adding that each world had to have their own species.

As is custom for how Lucas works, the director would have these weekly art department meetings for the first few years of the production to see concept art and get inspired by it to write his script.

A sinkhole planet was quickly considered based on Ralph McQuarrie’s Crevasse City which he had drawn for A New Hope. For some reason the planet was for a long time referred to as Utapau, rather than the original Utapau spelling that existed since the first scripts for A New Hope when it was the original name for Tatooine. This was changed during filming in Tunisia, and ever since the name Utapau was never used. 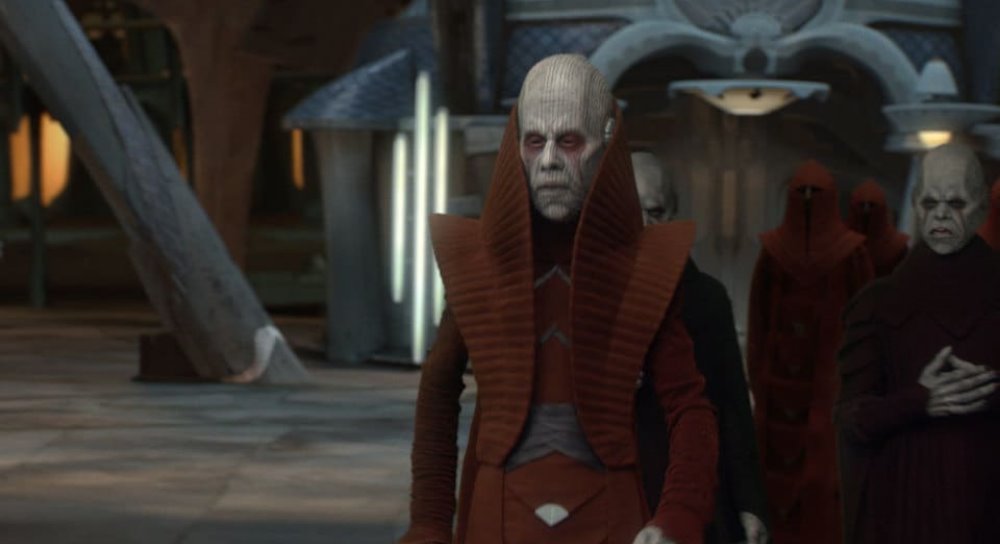 The earlier concept drawings made of Tion Medon were actually idea explorations for the Mustafarians before they moved to Utapau. Concept drawings focused on Medon at first, as he was the only one Pau’an with a speaking role. It was decided also to make the Utai, the shorter inhabitants of the planet, digital characters and the longer Pau’ans to be played by real actors. This required the need for Trisha Biggar to make the costumes and for some to be casted for the role of Tion Medon. Lucas however did not focused on casting tertiary characters like Tion, and Breha, until two weeks before filming was to start in Sydney.

Bruce Spence was cast in the role, and his one day of filming was Wednesday August 19, 2003. On Stage 1 the hallway set of the Invisible Hand (Grievous’ ship) had been struck down and was replaced with the Utapau landing platform. For short scenes like this there is often not much time to rehearse or to delve deep into the character and who he is and what his motivations were, but Bruce Spence was fortunate to have had many make-up and costume tests in which the character came to him. As he said himself, the moment he had those robes on he felt priest-like and he realized the weight of the responsibilities that his character, described as an administrator to him, must have. To add more stature and gravitas to the character, an ornate cane prop was also made.

While those seven worlds of the Clone Wars battles did not included Alderaan, this planet was obviously still a part of the design process from the beginning. Originally Lucas had in mind that Padmé was to die there, with baby Leia in her arms, smiling to her the smile that Leia would remember in Return of the Jedi.

It was not until an offhand comment by Lucas during the December 13, 2002 art department meeting that Lucas first mentioned that we will get to see the Queen of Alderaan receiving baby Leia. Another offhand comment a month later would establish the Queen as to be fortyish. These offhand comments later returned in the Rough Draft (January 31, 2003) and would stay unchanged throughout the various script changes.

Eventually Australian singer and dancer Rebecca Jackson Mendoza was casted for the role and she filmed her short scene after the lunch break on Shoot Day 23 July 30, 2003. With her elaborate dress and the hair style that was almost like a crown, the actress felt like a “queen for the day”. She admits that she was nervous meeting Lucas but they ended up talking about kids and being parents. While her film credits are not many, she has starred in many stage plays in theatre, among them in a Lord Of The Rings stage adaptation as Lady Galadriel. 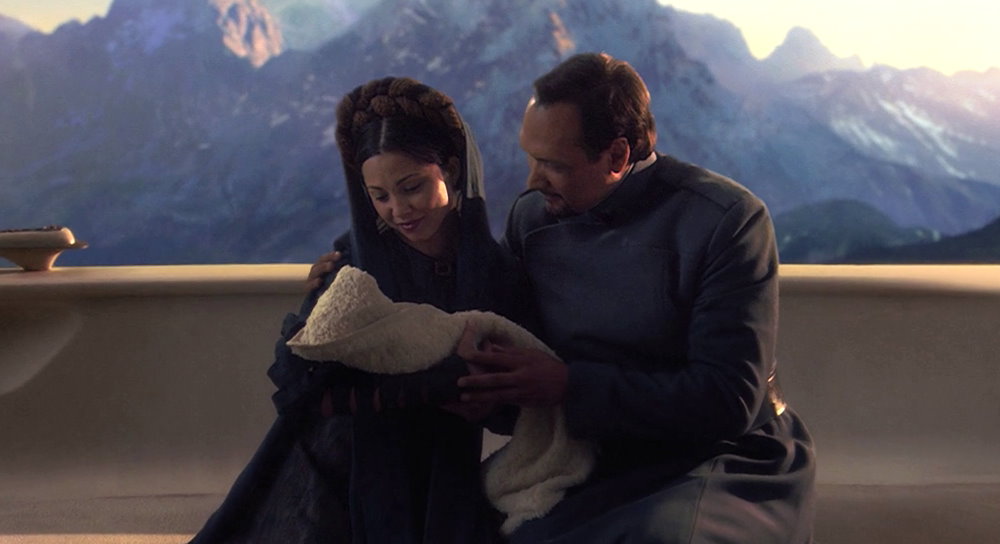 Join us next time for another article to celebrate Revenge Of The Sith’s 15th Anniversary!

Star Wars: Darth Vader - Dark Lord of the Sith Vol. 2
$28.63
Buy on Amazon This is a paid link. Learn More. Clicking the link may take you to the Amazon store servicing your country Price incl. tax, excl. shipping.  Details correct as at: 2021-02-28

Revenge of the Sith 15th Anniversary: Revenge Of The Sith, the forgotten anniversary

Breaking Down the Duels – Revenge of the Sith

Star Wars: Revenge of the Sith in Under Five Minutes

Galaxy’s Edge: Controversy over a specific word at Disneyland (UPDATED)