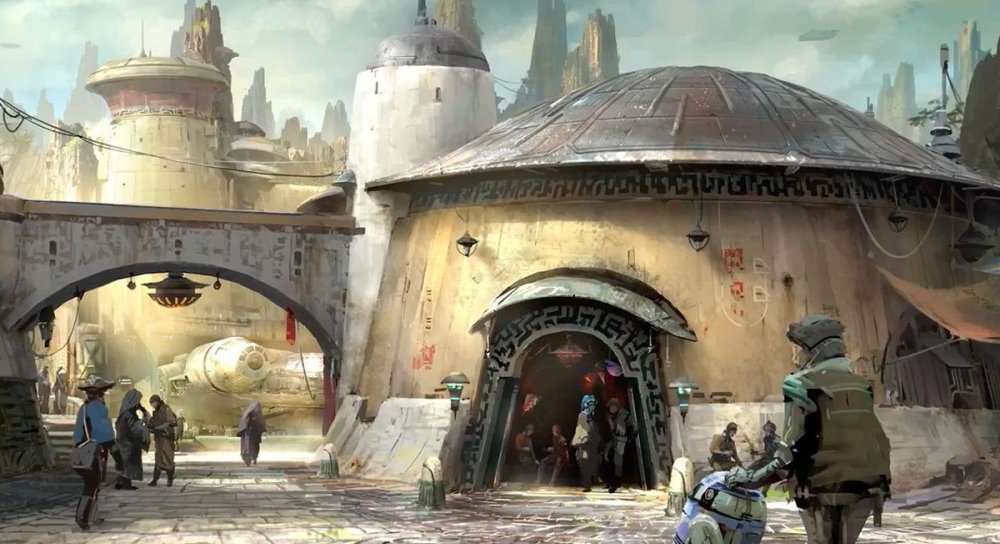 Iwerks’ spoke with SyFy Wire about the creation of the documentary, and her thoughts on the team building Galaxy’s Edge.

Iwerks’ documentary charts the history of the unit, from the early, blue sky days developing Disneyland and pavilions for the 1964-65 World’s Fair, through the construction of Walt Disney World and Epcot, right on through to the opening of Shanghai Disneyland and the Star Wars: Galaxy’s Edge themed lands. And if you think you’ve seen it all, you haven’t. There’s a moment, early in the series, where Bob Gurr, one of Walt’s Imagineers who was responsible for the Disneyland Railroad and first Disneyland Monorail, walks us inside the Matterhorn, to the mythical basketball court housed inside the attraction. It’s a jaw-dropping moment in a series full of moments like this.

One thing that shocked me was that these Imagineers didn’t really write anything down until they were developing Tokyo Disneyland. Was there something that you uncovered during your research that really surprised you?

I think it’s really funny when you think about the building of Disneyland. He gave the Imagineers one year and that to me, and I showed this for the Imagineers a couple of weeks ago, sort of the debut screening. And everyone laughed at that, which I thought was great because no one can build a theme park today in one year. But that was the magic of that time. There were not as many rules and regulations and protocols and permits. So that was the fun part. When you look back on it you go, “Good God, those are the innocent days, now is a lot harder.” And now there are a lot more meetings.

The other thing is that you never said no to Walt. And my dad said the same thing. Like if Walt came with an idea for something and like he would with my grandfather in the hallway, you’d say, “Yeah, we can figure it out.” Even though you might not know the answer right then it was always this can-do attitude. And that was really cool. That was really inspirational.

Over time, the way things get complicated is that there are so many meetings and there are so many things that happened that that initial joy of just yes, we can get mired down. But I have to say that the measuring spirit, like with Star Wars: Galaxy’s Edge, those guys are such big, rabid fans of Star Wars that for them to do this was a huge honor. And so they just wanted to give it everything they could. And maybe you’d have 10, 15 meetings for one thing because you just wanted it to be perfect. It’s different. It’s not like it’s politics. It’s about making it perfect.

For the full interview, take the link to SyFy Wire.