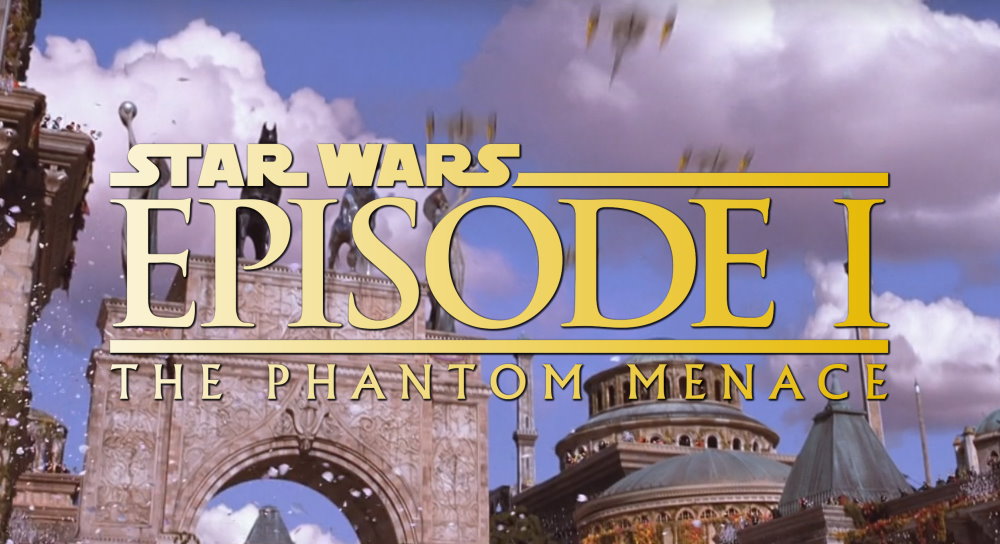 Our chronological look through the movie has brought us to the end of the movie and the battle for Naboo. This battle was thought on three fronts: the Gungans versus the battledroids on the Grassy Plains, the Queen and her soldiers retaking the palace and the big space battle where the heroes of Bravo Squadron fight for their freedom.

Most of this research was done in 2013/2014, at a time before we had the distinction between Legends and Canon. This research was presented to Leland Chee, Keeper of the Holocron, for who I (along with Tim Veekhoven and Kevin Beentjes) was still working with on the Rogues Gallery article series that got published in the Star Wars Insider. Keeping my research under advisement, Leland Chee send it to Jason Fry, and together we came up with the retcon of Anakin Skywalker using the N-1 that formerly belonged to Essara Till as published in Star Wars in 100 Scenes. Ever since then some of these names have returned in the new Canon, and none of this has been overwritten. 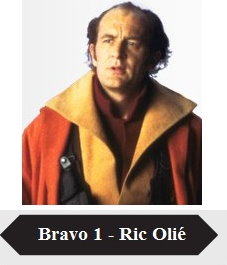 As the commander of the Naboo Royal Space Fighter Corps, he was also the leader of Echo Flight, Alpha Flight and Bravo Squadron. He is the personal pilot of the Royal starship and we see him surviving the Battle of Naboo as he stands among the people during the end ceremony. 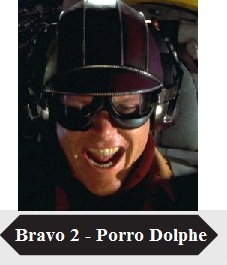 He also survived the Battle for Naboo since he was mentioned in the Attack of the Clones novelization in which he survives the explosion of the Senator’s ship. First identified by full name in The Complete Star Wars Encyclopedia. 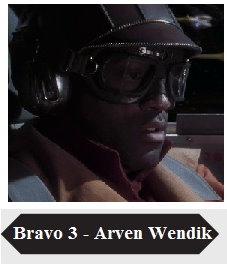 Survived the Battle of Naboo and appeared (albeit with a different appearance) in Galaxies. He was named in SW CCG – Theed Palace. 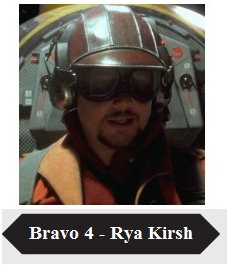 Played by ILM Visual Effects Supervisor John Knoll and is the only pilot who died on-screen. He was named in SW CCG – Theed Palace Limited. 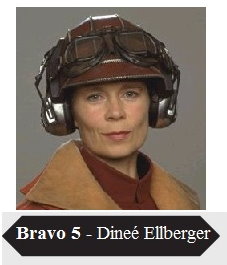 Seen and heard clearly in the movie many times, she survived the battle. She received her last name in SW CCG – Theed Palace and her first name in Rogues Gallery in Insider #145. 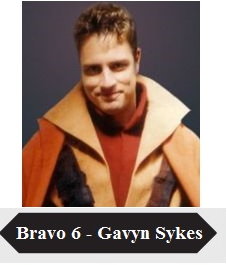 Originally from the game SW: The Battle Of Naboo, was later retconned into appearing in the movie as played by Christian Simpson. Simpson can be seen also during the end ceremony. Sykes would also appear in Galaxies. 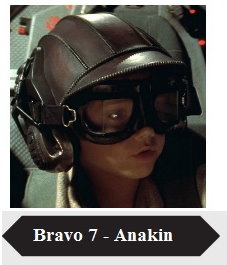 While not flying as an official member of Bravo Squadron, and thus technically without a call sign, it was established in Star Wars in 100 Scenes that he took this ship that stood vacant after the death of Essara Till, who died in Star Wars: Starfighter before the events of The Phantom Menace. 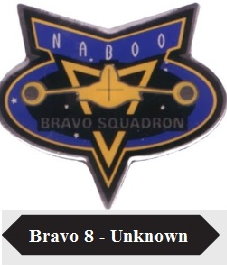 This pilot only appears by voice in the game Star Wars: Starfighter. She flew with Rhys Dallows during many missions before and during the Battle of Naboo. She was voiced by Grey DeLisle. 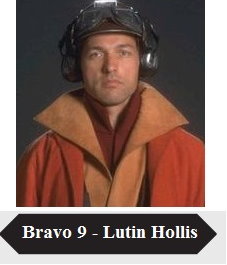 Originally appearing in the game SW: The Battle Of Naboo, he was later linked to an unnamed character in Rogues Gallery in Insider #145. Considering he has a son (Reyé) fighting in the battle of Hoth, he most likely survived. 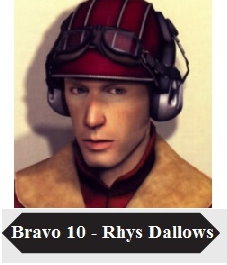 Another character from Star Wars: Starfighter. His final fate is not quite known, but it is likely he survived. 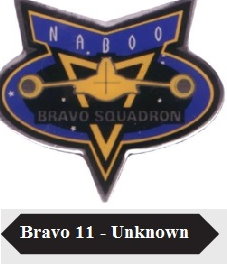 Nothing is known about this pilot whatsoever. 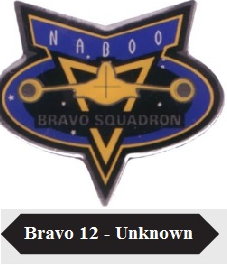 Another unknown, but this character appeared in Star Wars: Starfighter in which he was voiced by Rob Paulsen, so it should be a male pilot.

Then there are two pilots without a callsign known: The pilot who gets shot down by the AAT while leaving the hangar and Palmer. Palmer was voiced by Samantha Paris in Star Wars: Starfighter, she died after being caught in the tractor beams of the Droid Control Ship.

When the festivities start we see 9 N-1 starfighters flying over, which does not match with the above roster! You can see Ric Olié and Gavyn Sykes (see picture, above Queen Amidala) standing in the crowd at the stairs waiting for Boss Nass to arrive, leaving the 5 for sure surviving members of Bravo Squadron (Dolphe, Wendik, Ellberger, Hollis, Dallows) and 3 likely to have survived ones (Bravo 8, 11 and 12) for the celebratory honor flight-by. That is, unless someone flew in Anakin’s N-1 because that was the one who destroyed the Trade Federation droid control ship after all.

The biggest question however remains who the other pilots are that stand around Olié and Sykes. As they do not match with other pilots seen throughout the movie (in either the hangar escape or aboard the Royal Starship), it makes sense that these are the members of the other squadrons that make up the Naboo Royal Space Fighter Corps. Maybe some of them have arrived on the planet as the senatorial escort to Palpatine? After all, Attack of the Clones showed us that Padmé had them during her tenure as a senator.

Join us next month for another look behind the scenes as we discuss the movie’s deleted scenes in: Phantom Scenes of The Phantom Menace! 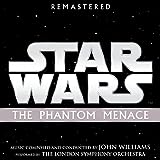