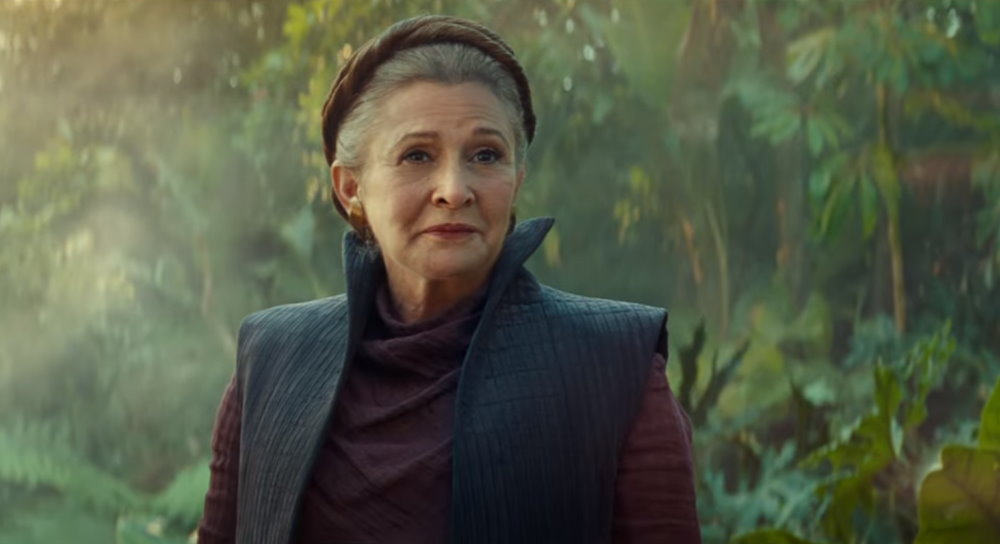 The Rise Of Skywalker screenwriter Chris Terrio has been speaking with TheWrap about the process of completing Leia’s story after the passing of Carrie Fisher.

On figuring out the scenes that could be used:

Terrio would regularly sit with Fisher’s old dailies from “The Force Awakens” to find out how they could weave the various bits and pieces of her outtakes into a new narrative, and he said there’s still incredibly entire scenes that didn’t make the final cut.

“That was the very beginning of the process, sitting with Carrie’s dailies, figuring out what could be used, what couldn’t be used, where will the eyelines work, how do we re-contextualize this footage to make it work with this new story,” Terrio said. “There is stuff out there. It may be on deleted scenes or something, but there are things that didn’t quite make it in, in fact one or two scenes I really liked that didn’t make it in, but to keep the film moving, I totally understand the reasons why those things were cut. But there is certainly other glimpses of Carrie that didn’t make it.”

“Every time you see her speaking, that’s really Carrie speaking. We didn’t use any on-camera lines that she didn’t say,” Terrio said. “It was important to us that every time Leia says a line, it was really a line that Carrie said and that the way we created the scene around her, her acting intention was relatively intact.”

On returning to Lucas’ original legacy for Leia

“The force runs strong in that family, but Leia is as strong as Luke and she could be a great Jedi, but she chose a different life as a senator, then as a general, but she also had a Jedi path in front of her at one time,” Terrio said. “We discussed it with George early on, the promise of Leia. So we had the challenge of trying to put Leia in the Jedi pantheon and make this film really about Leia ascending to join her brother, but do it without Carrie. So we came upon the idea of there was someone who would finish Leia’s Jedi training for her.”