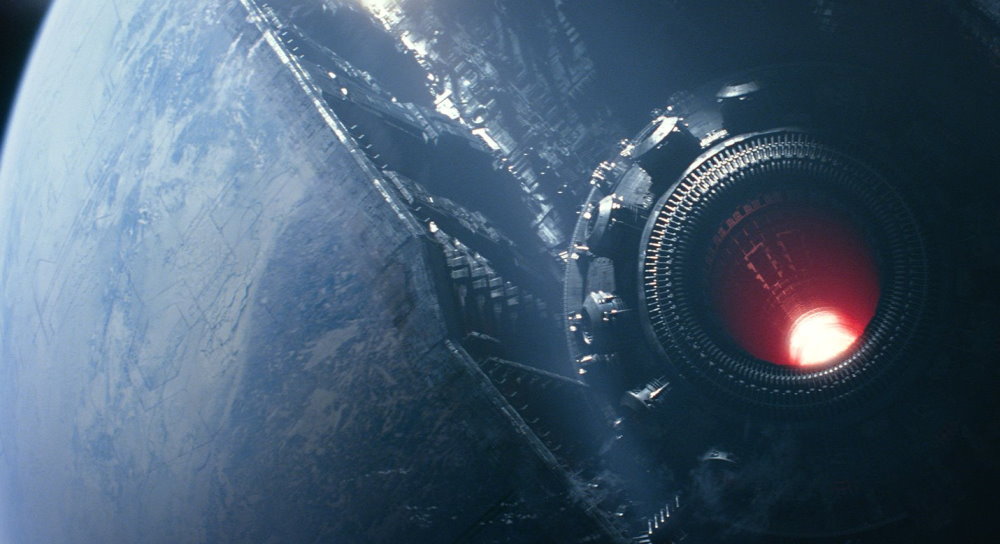 The evidence has been hidden in plain site for 4 years, ever since the release of The Force Awakens, but it appears that Star Wars Jedi: Fallen Order confirms that Starkiller Base and Ilum occupy the same place in space, meaning that the iconic planet was hollowed out into what became the First Orders deadly planet-killing base.

My article on StarWars.com three years ago touched on this, placing Ilum and Starkiller Base in close proximity. 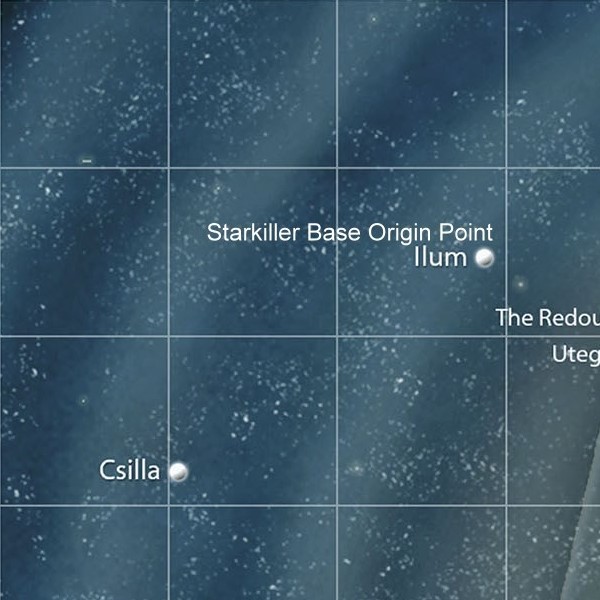 From Hosnian Prime, continue north on the Corellian Trade Spine to Corellia, where you then take the Corellian Run to Coruscant and head northwest into the Mid Rim and Ansion. Cut across Wild Space and into the Unknown Regions, and eventually you will find Starkiller Base, which was situated not far from the legendary world of Ilum. Barren and isolated, this ice planet was protected by perhaps the greatest planetary shield ever created. The original identity of the planet was unknown, although it must be said that the Unknown Regions are named so for a reason. Explorers rarely ventured out this far, with the majority of occupied world being to the east of Coruscant.

Draining entire suns dry, the aptly named Starkiller Base could fire its payload through sub-hyperspace. The First Order had its eyes set firmly on the extinguishing the Republic, and did so prior to its own destruction at the hands of a small team of Resistance fighters.

Comicbook look into the story and what their investigations have uncovered.

According to a user on Reddit’s Star Wars Leaks sub, people who have already gotten their hands on the game and data-mined the files, learning that the planet Ilum will be a major location in the game. And according to users, the Empire’s mining efforts on the planet make it look much like Starkiller Base looks in the sequel trilogy.

Star Wars lore has featured Ilum before, especially as made canon in Star Wars: The Clone Wars animated series. In that, Ilum is a sacred planet much like Jedha in Rogue One, with many Kyber crystals being produced as part of the natural ecosystem.

Young Padawans are sent to the planet as part of their journeys, many of them finding the Kyber crystals that will power their lightsabers in the process.

Many fan theories have pointed toward the First Order taking over Ilum and using it as the foundation for Starkiller Base. The fact that Kyber crystals powered the Empire’s major super weapons with the Death Stars was the biggest indicator, so it makes sense that another source of those powerful artifacts is behind the First Order’s own machine.