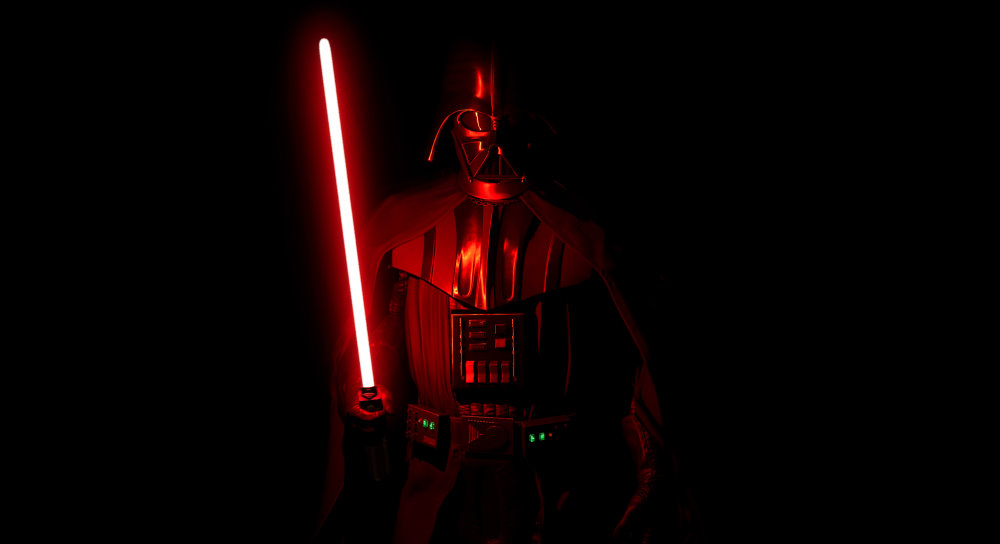 As announced on The Star Wars Show the Oculus quest Vader Immortal has been released. Thanks to ILMxLAB, Fantha Trackers Clair Henry and Mark Newbold got to try it out at this years Star Wars Celebration Chicago. Check out their spoiler free review…

I’m have to admit I’m not a gamer in any shape or form however this experience had me intrigued. As a child I dreamt of being a Jedi and defeating Lord Vader, and now this dream has a chance of coming true!

We got to trial the training dojo during Star Wars Celebration in Chicago and met the dark lord himself! What can I say other than wow!

As soon as the headset and noise cancelling earphones were put on, you were immediately immersed into a world that truly felt like one from a galaxy far, far away After I stopped looking around the dojo and taking it all in, it was time to start my training!

As a complete novice to this I was worried that I would struggle with the hand sets but this was far from the case! I picked up and ignited my lightsaber and completed the tasks but it was very hard not to just stop and drink in your surroundings! Something I did quite a lot.

I was also concerned that because I wore glasses this would stop me from seeing properly however, I needn’t have worried the headset fitted comfortably around my face and I was good to go and train for the Empire!

As soon as it began it finished, I enjoyed it so much I raved to a friend who wants to buy it! The big question of course is….Would I buy it?

The simple answer to that is yes! However prepare to say goodbye to the life that you know it in his current form!

Head over to Star Wars.com to checkout more details about this fabulous game!

One of the many treats of Celebration Chicago was the chance to have a bash at Vader Immortal. I got lucky, bumping in to a friend near the end of the show and managing to snag one of the last empty slots, and as I had Clair with me while we were walking around it only seemed right that we shared the experience.

I had a fairly good idea what to expect, having done Jakku Spy, Trials on Tatooine, Droid Repair Bay and the magnificent Secrets of the Empire, but I really wasn’t prepared for just how intimidating it would be.

It’s known that the focus of the experience is a meeting with Darth Vader, which is cool in and of itself, but what I wasn’t prepared for was just how close he gets to you. I KNOW it’s not real, I KNOW he can’t really touch me, but when you’re in there with him as he walks right up to you, with THAT voice booming at you….it seriously makes you take a step back.

I can’t help but laugh watching the video of me doing it. When you see Clair battle, she is grinning like a Loth Cat, but I look like I’m taking it very seriously. This might be something to do with the fact that if Clair were to ever meet Vader for real, she’d probably be as cheeky to his face as Doctor Aphra, whereas I’d end up like Admiral Ozzel.

The room you are in is 360, and I made sure to get as good a feel for my virtual environment as I could. The simulator lets you know when you’re moving too close to the  physical walls, so you are constantly aware of the real world constraints and despite looking like a flailing muppet while watching my video back, I was a bit of a rock star inside the virtual world, holding my own and gaining approval from the Dark Lord.

You need to experience as soon as possible and bear in mind, no matter how much you wave your arms and spin around, you’ll probably never look as daft as I do. 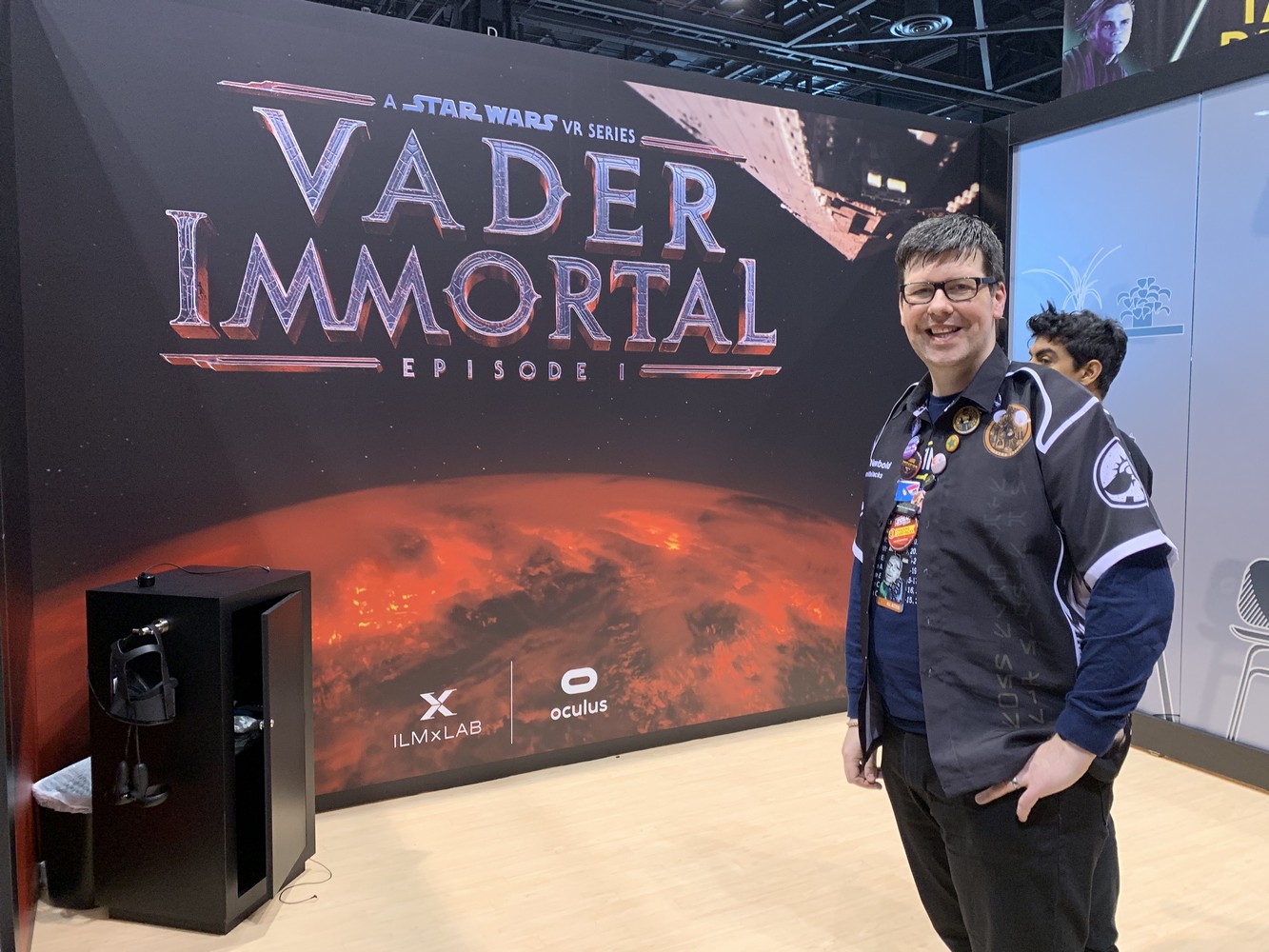 Thanks to ILMxLAB for fitting us in for this marvellous experience. If you are umming and ahhing about buying Oculus Quest to play the first episode of this VR series then do it, this is a quality journey to the GFFA that everyone should play.

A look back two years to Star Wars Celebration Chicago 2019

All 3 episodes of Vader Immortal now available on Playstation VR