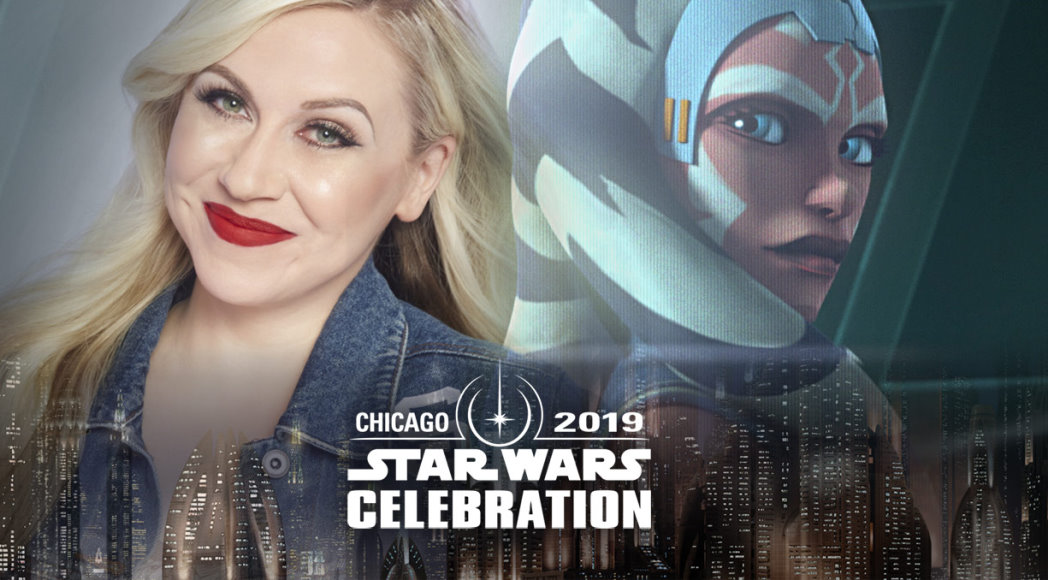 Ashley Eckstein shared her motivation behind Her Universe in an interview with TVguide.com.

In the interview she shared her childhood memories that motivated her.

Often, the family watched the fireworks at the Magic Kingdom at night, and her mother prompted Eckstein to wish upon a star. Then, on Christmas morning when she was in the third grade, she received a hat emblazoned with the phrase “Don’t dream it. Be it.”

“And they once again used it as a lesson and said, ‘OK, all of those wishes that you have been making upon all those stars? Now you need to be it. You have to do it,'” Eckstein recalled her mother saying. “‘These dreams aren’t just going to fall on your lap. You have to make them happen yourself.'” And that’s what she did.

The interview explores Ashley’s early career in Hollywood, including the trials and tribulations trying to secure a job and then her success in getting the voice job of Ahsoka Tano.

Although the series was critically acclaimed and ran for six seasons, from 2008 to 2014 — with an announced seventh season to air on Disney+ — its leading Padawan wasn’t immediately accepted by the Star Wars fandom.

“I definitely had to deal with my fair share of hate and negative comments and definitely cyberbullying when Ahsoka first came out,” Eckstein said. “A lot of people did not like Ahsoka. They thought she was snippy, bratty, annoying, and also they just didn’t expect Anakin Skywalker’s Padawan to be a 14-year-old girl.”

After the negativity Ashley received and the backlash subsided the interview moves onto how Ahsoka inspired a generation and how Ashley saw a gap that needed filled in fandom in particular womenswear and the birth of Her Universe!

“Because female fans were being bullied, and they were being bullied terribly for just liking what we do, liking these properties,” she said. “Often times, women would pretend to be men on message boards just so that they could have a conversation about Star Wars and be taken seriously. Or little girls were being bullied going to school carrying a Star Wars backpack or a Star Wars water bottle. And I thought, this is no way to live your life. Being a Star Wars fan or being a sci-fi and fantasy fan, it’s not a trend. It’s literally a part of who you are.”

The growth of Her Universe is phenomenal and it’s popularity is far reaching. In the interview Ashley explores this and how out of something horrible can come good, hence the reason for the company’s success.

“When I started Her Universe, I founded it with the mission to stop the bullying. That was what I saw the real problem was,” she explained. “Sometimes when you’re wearing a men’s T-shirt, it’s just not cut for a woman, it’s not as flattering, you don’t feel like yourself as much. And so the merchandise was really a means to change the community. Because I felt that if female fans felt comfortable wearing sci-fi and fantasy merchandise, then they would feel more comfortable being themselves and stepping into the spotlight.”

Now with the company expansion and it being a leading light in fandom and in particular relating it to a female point of view Ashley still remains true to what started and motivated her: The fans.

“I’ve met thousands upon thousands of fans, and I think the thing that just means so much to me is that I’ve had 10 years of following people’s lives, because I see a lot of the same fans over and over again. I’ve seen kids grow up, and I’ve had the opportunity to follow people on their journey of making their dreams come true, and so many people have.

“I feel so privileged to be a part of their journey, and … if I could say one thing and give one message to the fans, [it] is that I remember; I think of all of them, I follow them on Instagram, I care, I root for them.

Check out TVguide.com for the full article that includes a short video of Ashley talking through her thoughts as well as the in depth written interview.

Ashley will be at Star Wars celebration check out the website for more details!