Today at NYCC, Marvel announced a new era of Star Wars comics with the Star Wars ongoing relaunching with a new new issue one in January, and the third Darth Vader ongoing under the new era of Marvel comics to launch with an issue one in February 2020.

Star Wars #1 will be written by Charles Soule with art by Jesus Saiz.  Cover art for issue will be by R.B. Silva.

The current run of STAR WARS is set to end in December with the explosive finale, STAR WARS: EMPIRE ASCENDANT, leading readers directly into the events of The Empire Strikes Back.

But this January, the Rebel fleet fights on in a thrilling new series with Charles Soule and Jesus Saiz’s STAR WARS #1!

Just announced at New York Comic Con, the series will explore new territory as it chronicles events set between The Empire Strikes Back and Return of the Jedi, expanding the Star Wars mythos in a surprising and exciting way! 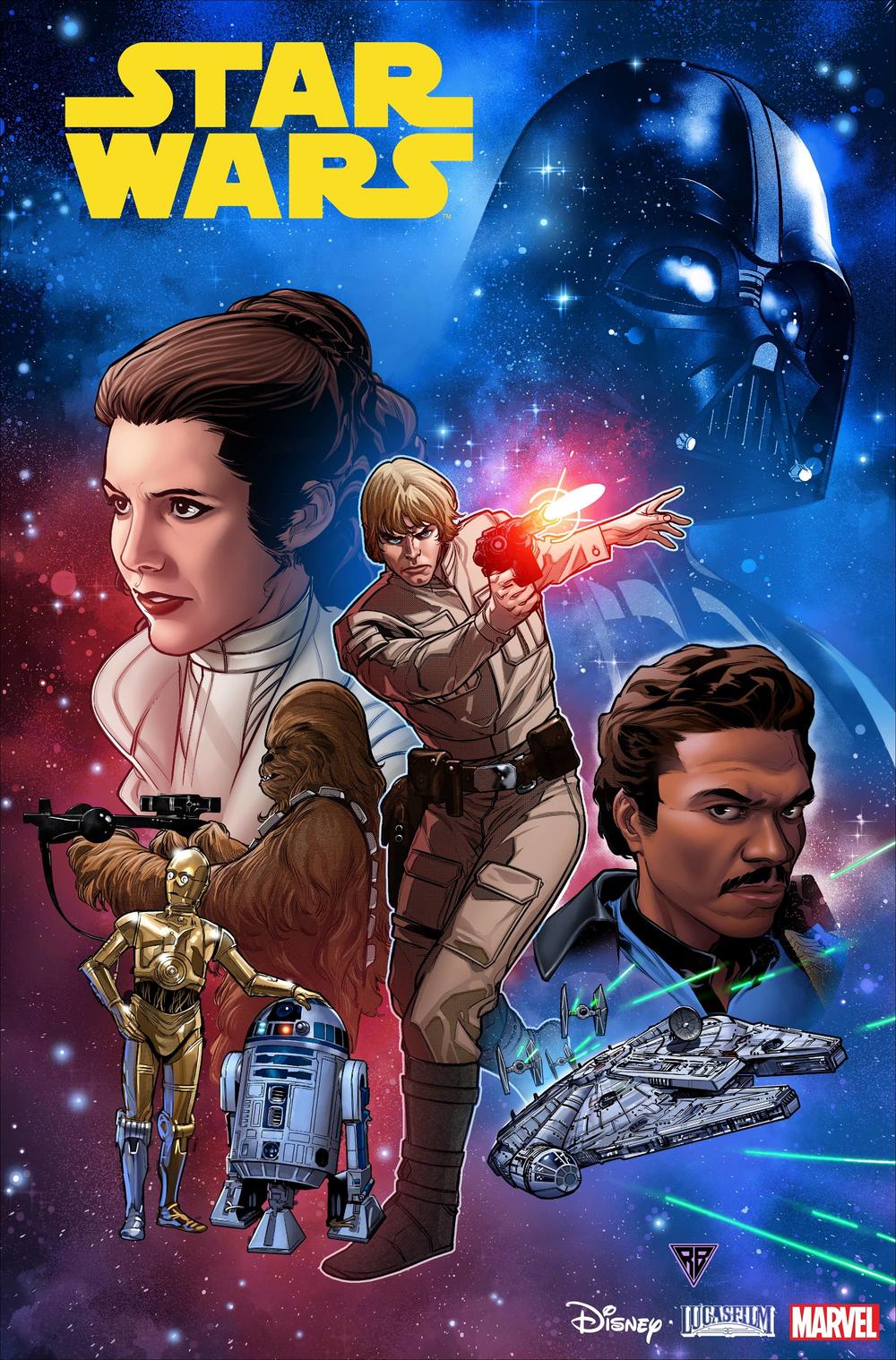 In the wake of The Empire Strikes Back, it is a dark time for the heroes of the Rebellion. The Rebel fleet…scattered following a disastrous defeat at the Battle of Hoth. Han Solo…lost to the bounty hunter, Boba Fett, after being frozen in carbonite. And after being lured into a trap on Cloud City and bested in a vicious lightsaber duel against the evil Darth Vader, Luke Skywalker…learned the horrible truth about his noble Jedi lineage.

Now, after narrowly escaping the Dark Lord’s clutches, wounded and reeling from the revelation, Luke joins Princess Leia, Lando Calrissian, Chewbacca, and the droids C-3PO and R2-D2 to fight their way back to the Rebel Alliance. But what Leia, Luke, and their ragtag band of freedom fighters don’t realize…is that they have only traded one Imperial trap for another! Enter the cunning and vengeful Imperial Commander Zahra, at the helm of the Tarkin’s Will!

The greatest space adventure of all time continues this January!

Following the relaunch of Star Wars #1 in January, comes Darth Vader #1 in February 2020.

“Join me, and together, we can rule the galaxy as father and son!”

In the shattering climax of The Empire Strikes Back, Darth Vader infamously reveals his true relationship to Luke Skywalker and invites his son to rule the galaxy at his side. But Luke refuses—plunging into the abyss beneath Cloud City rather than turning to the Dark Side.

We all remember Luke’s utter horror in this life-altering moment. But what about Vader? In this new epic chapter in the Darth Vader saga, the dark lord grapples with Luke’s unthinkable refusal and embarks on a bloody mission of rage-filled revenge against everything and everyone who had a hand in hiding and corrupting his only son. But even as he uncovers the secrets of Luke’s origins, Vader must face shocking new challenges from his own dark past.