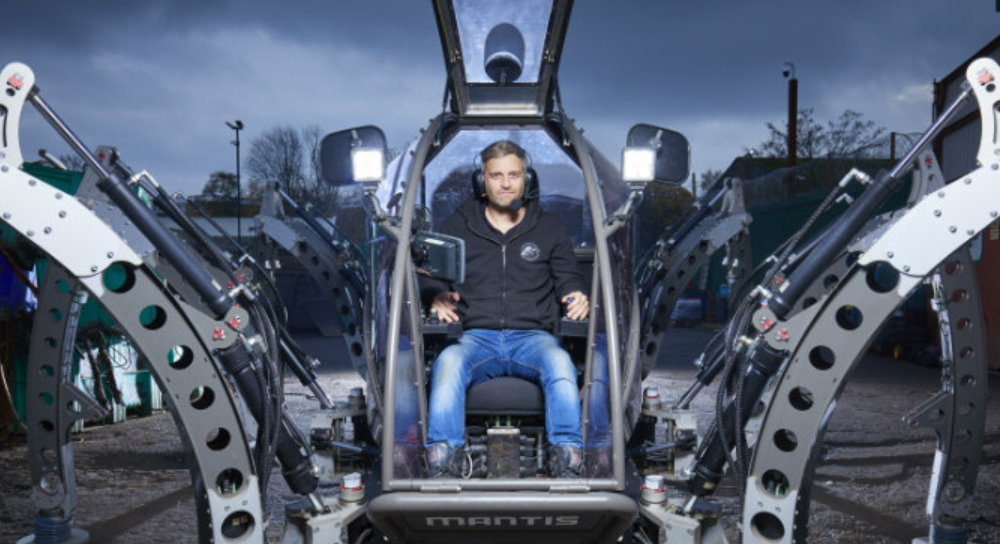 The 2019 Guinness Book of World Records landed in shops yesterday, bringing the latest crazy records and fascinating facts to Christmas stockings everywhere. As ever, the book will focus on a wide variety of records, from the natural world, sport and the world of entertainment.

Star Wars will be focused on as always, and related to that is this magnificent piece by Matt Denton. Matt, better known to Star Wars audiences for his work on The Force Awakens, Rogue One and The Last Jedi, built this tremendous Hexapod. Prepare to be impressed.

The British engineer was inspired as a child by the AT-ATs from Star Wars, and from then on has had a fascination with walking machines.

Matt also credits LEGO® for nurturing his creative curiosity as a child: “LEGO Technic sets… fired up my imagination as a child. I probably wouldn’t be doing what I do now without them.”

After building around 20 smaller walking machine models and sharing them online, he received a lot of interest – and one of his robots ended up as a six-legged tortoise in a Harry Potter movie!

However, he also gained investment to build his biggest model yet, Mantis, which has earned him the record title.

Matt’s dreams came full circle after he was chosen to work on Star Wars: Episode VII – The Force Awakens, and later won an award for his work on the BB8 robot.

“My younger self, there is no way that they could believe it, that I would end up working on a film and building a giant walking machine!

“It’s amazing to be in the Guinness World Records book – it’s fascinating! To have that title is fantastic.”

The Adam Savage Project: Inside BB-8 with Matt Denton