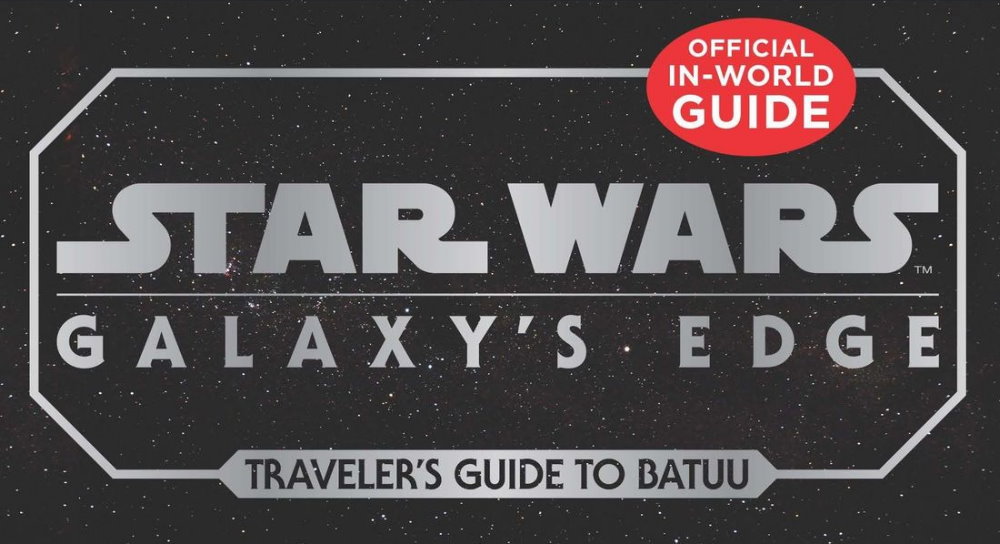 The current coronavirus pandemic may have kept many of us in our homes through the late spring and into the summer but that doesn’t mean that you can’t virtually travel the galaxy with Star Wars Galaxy’s Edge: Traveler’s Guide to Batuu, the latest release by Cole Horton, and Cole discusses the release with SyFy Wire and goes into some detail regarding the now familiar locations of the Black Spire Outpost.

Docking Bay 7: “My goal there was to not just be about what you can eat. Because when you visit there, Docking Bay 7 is a quick-service restaurant where you can pick up food. But there’s an amazing connection to The Force Awakens; in that restaurant, the current chef there, it was the chef at Maz Kanata’s castle in The Force Awakens. So, we talk a lot about why is Cookie there and what his approach to cooking is and what sort of shaped him.” 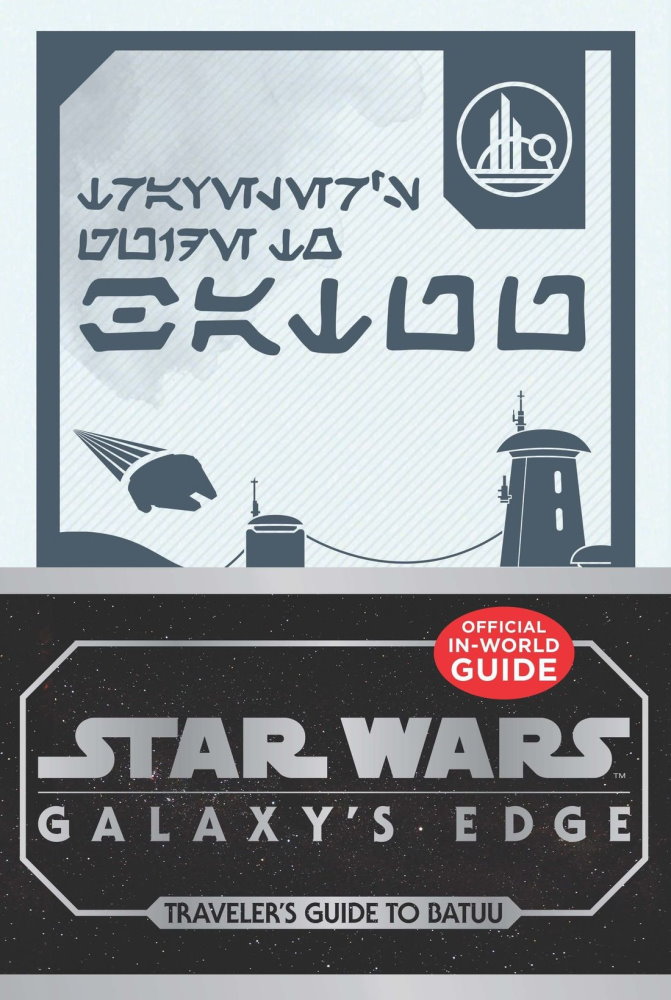 Spaceport: “A goal there was to not only tell you about the Millennium Falcon and Hando and why Hando Anacka has this operation going on there, but also make the spaceport feel bigger. The idea is [that] this is just one part of a larger spaceport and we wanted to provide more information about that place past what you might see on your first visit.”

Oga’s Cantina: “It’s clear that Oga runs the cantina because her name is on it, but what people might not realize is that Oga basically runs all of Black Spire Outpost. We use the cantina as a way of explaining who she is, why she is so powerful, and why guests won’t want to mess with her.”

Ancient Ruins: “The ancient ruins are where we talk about the Resistance because much like the rebels that came before them, the Resistance uses a lot of natural hiding places for their secret bases. Again, we’re not gonna spoil the ultimate experience back there, but we’re gonna give you a lot of information about what you’re gonna see there, why the resistance is there, what their mission is, and prepare you for the ultimate adventure you’re gonna go on when you venture deeper into those ancient ruins.”

Ronto Roasters: “Ronto Roasters was a fun one because it was an excuse to talk about pod racing, which you wouldn’t maybe necessarily think when you think Galaxy’s Edge. But Ronto Roasters’ [food] is cooked on an old pod racer engine and to be able to sort of detail that place and tie it back to things people know from The Phantom Menace is really cool.”

Surabat River Valley: “That’s a nod to something that’s in the book overall, which is we’re not just talking about Black Spire Outpost, this one city. It is the ‘Traveler’s Guide to Batuu’ for a reason because we’re talking about the whole planet and Surabat River Valley is just one part of that and we’re gonna talk about all of the different districts and the people and where they live and how they all have their own cultures and unique kind of cultures that all shape Black Spire Outpost, but are often sort of on the fringes of it.”

Market: “The market is just jam-packed. It’s got tons of stalls, all of which have owners. And I think it was fun to talk about the creature stall and give people more information on the various creatures they might see there. If you’re not familiar with them, a lot of them are just sort of hiding just out of sight, so the book expands on everything that’s hiding there up in the corners. Things you might not notice while you’re so busy shopping and realize there’s actually these great characters and stories sort of floating around you.”

Dok-Andar’s Den of Antiquities: “We dedicate a lot of space to Dok’s. Dok is perhaps the second most powerful person in Black Spire and certainly has the most interesting collection of things in Black Spire. And we go into great detail as to what you might see there and all the connecting stories, some of which were explored in other places, but a lot of which have not. And so, we’ll talk about Dok and the people who work for him and why Dok is the way he is. He has perhaps the longest and most interesting backstory of any character.” 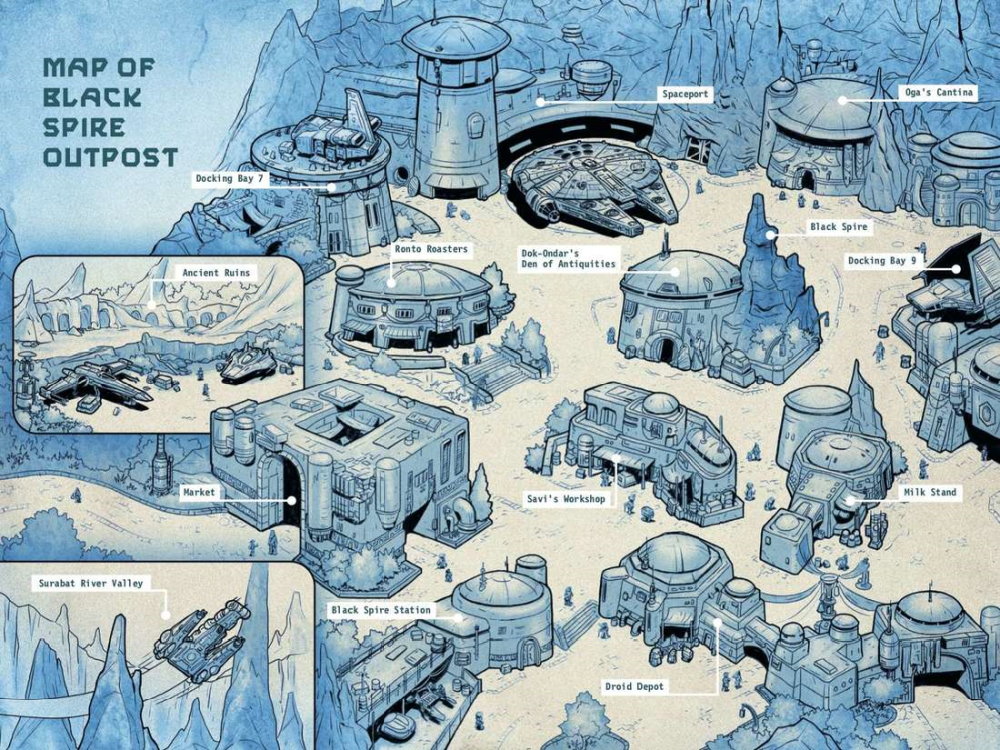 Black Spire Station: “If you visited yourself as a guest, it looks like a garage and you see landspeeders there and equipment. I think what guests won’t realize is there’s an amazing character behind that and we really built it up to be more than just a garage. But really, it’s kind of the first place on your visit as you arrive that’s providing a lot of essential services you might need as a traveler as you’re coming in from all the various parts of Batuu.”

Droid Depot: “Of all the shops, this might be my favorite because I have a soft spot for droids. I think my favorite [Star Wars] character is R2-D2. But when people pick up the book, they’re gonna see all of these droids have been collected by one character, the owner, Mubo. Mubo has a fun, curious personality and it helps explain why his droid shop looks the way it looks.”

Savi’s Workshop: “Savi’s Workshop is mysterious. In the real world, of course, that’s where you go and use scrap metal to build a lightsaber. We wanted to maintain the mystery a little bit, so you’re gonna get a lot of context into Savi and who Savi is and his collection of things he has and the people that work there. We’re going to keep a little bit of surprise for those people who want to experience that themselves.”

Milk Stand: “The milk stand was fun because it’s one of the places [where] we get to talk about food and where it comes from. And even the food has a story; where this milk comes from and how it got there and who’s selling it to you is all detailed in the book.”

Star Wars: Galaxy's Edge: Traveler's Guide to Batuu
$12.26
Buy on Amazon This is a paid link. Learn More. Clicking the link may take you to the Amazon store servicing your country Price incl. tax, excl. shipping.  Details correct as at: 2021-06-13

Use the Sporks at Galaxy’s Edge: Souvenir spork back at Docking Bay 7 Food and Cargo