The R2-KT Artists Month rolls on into July after a successful June, giving artists the chance to show off their work to a wider audience during these difficult times. Every day through out June, R2-KT focused on a talented artist of the galaxy, and now that continues into July with today’s artist, Chris Trevas. 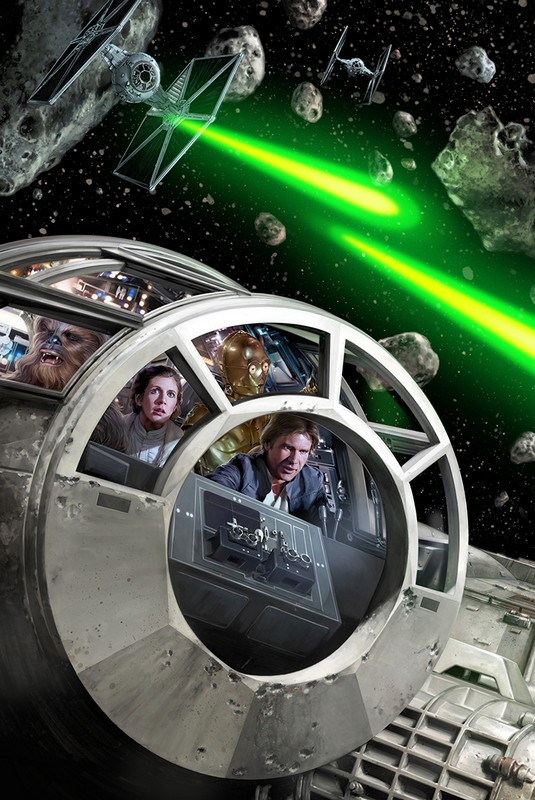 Chris Trevas is celebrating 25 years as a Star Wars artist. Over his long freelance career he has worked directly with Lucasfilm as well as many of their licensees including Hasbro, Mattel, Disney Interactive, Random House, DK Publishing, becker&mayer!, Haynes Publishing, Scholastic, and Topps. His art is featured in dozens of Star Wars books and magazines, and can be found on everything from toys to art prints, trading cards, t-shirts and puzzles.

Chris is known for his series of Star Wars Celebration art prints featuring off-screen movie moments from the classic trilogy. Some pieces in this series like Boba Fett watching the Millennium Falcon’s arrival on Cloud City (The Hunter and His Prey) and Han Solo’s first look at Leia’s metal bikini (His Vision Returns) have even made it onto other official products. 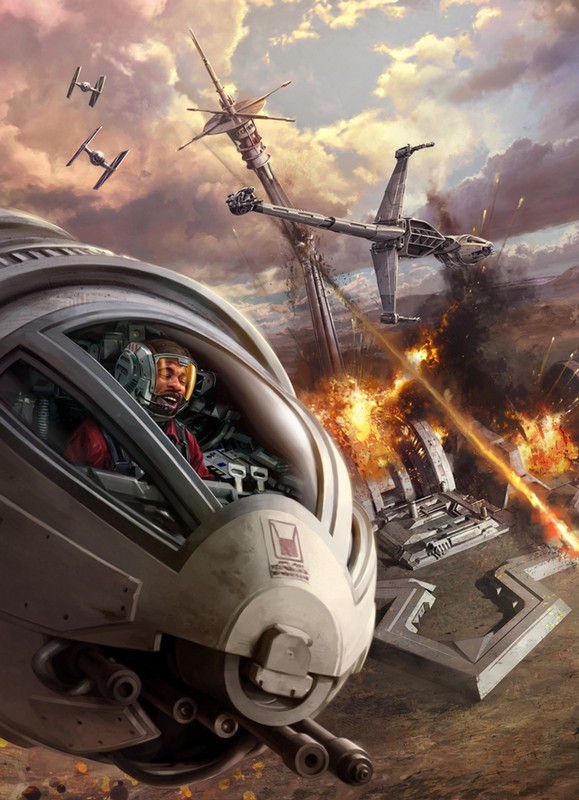 Trevas has been a lifelong fan since seeing Star Wars during it’s original theatrical run in 1977 with his dad and uncle. In 1980, when The Empire Strikes Back was released, he discovered the work of Ralph McQuarrie through the series of ‘Space Paintings’ featured on Topps trading cards. The art of Star Wars was a continuous inspiration throughout school and into college when he attended the College for Creative Studies in Detroit. Around this time, in the mid-nineties, Star Wars was experiencing a resurgence and Trevas longed to be a part of it.

His chance came when he connected with the editors of West End Games at a summer convention before his final year of college. A few months later he was officially published in his first book for Star Wars: The Roleplaying Game. More opportunities followed as he became the official artist of Star Wars Kids magazine, contributed art to Star Wars Insider magazine, and illustrated two kids books among several other projects in the galaxy. Today he continues to work on Star Wars more than any other property and his art can be seen on numerous products both credited and uncredited.

Chris Trevas and fellow artist Chris Reiff are the illustration team behind the Haynes’ Star Wars Owner’s Workshop Manuals (Rebel Starfighters, TIE Fighter, Millennium Falcon, and Imperial Death Star). Prop and costume fans may also know Trevas and Reiff from their website The Parts of Star Wars where they research the real world parts used to make the props and costumes seen on screen. While busy with their real world Star Wars focused jobs, they use their fan focused Facebook page to report recent discoveries.