The mystery of Rey’s parentage and Jedi legacy has been solved during The Rise of Skywalker. As some of the crazier theories speculated, Rey is the granddaughter of Emperor Sheev Palpatine. Not a Kenobi, not a Solo. According to the Skywalker novelization, Rey’s father is a clone of Palpatine, albeit an unpowered one, but what about the crazy son from the Legends days? 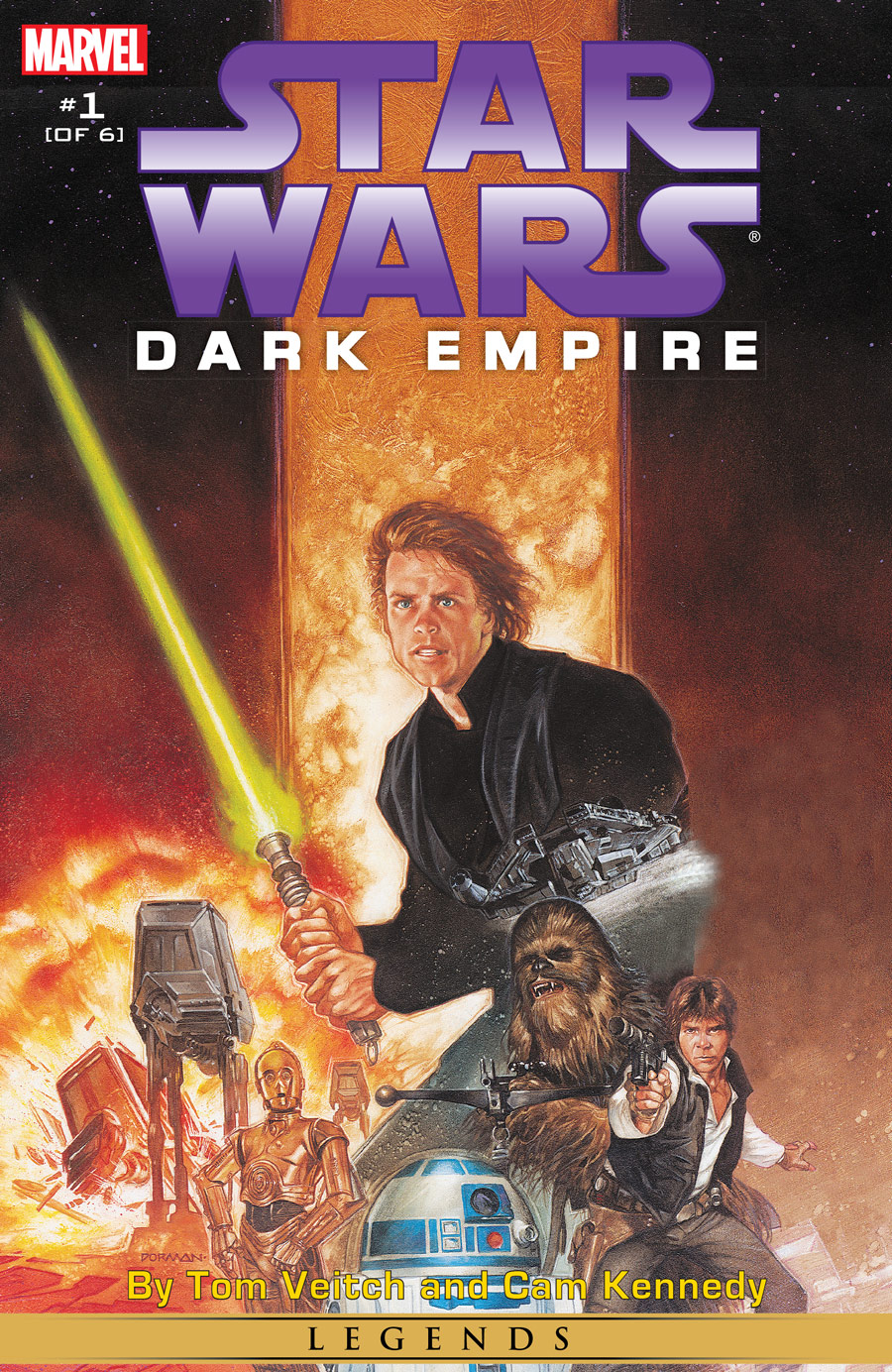 Much like the Dark Empire storyline of the early ‘90’s, Palpatine survived the second Death Star by transferring his Force consciousness into a distant clone body. Thank goodness we don’t have to imagine old Sheev getting busy with one of his court loyalists, his son wasn’t made the traditional way. But, this was an imperfect clone (what with those fingers and possible blindness), so during the early days of the New Republic, Sith loyalists/cloners were trying to come up with a more perfect clone to house Palpatine’s spirit/essence. They came up with a clone, known as the Emperor’s “son.” However, he had no Force abilities. In this regard, he’s much like Boba Fett from Attack of the Clones. He’s a clone but his progenitor, Jango, raises him as a son. Boba’s grown up naturally, as opposed to his fellow clones who were flash-grown into adult soldiers. Was the same thing done to Palpatine’s son? Did he wake up a fully-grown adult, or did he grow up naturally? What’s his name? Where was Kid Palpatine raised? If he was raised on Exegol with Sith fanatics, how did he escape? Maybe they allowed him to go because he had no Force abilities.

The novel doesn’t say anything about Rey’s mother. How did Palpatine’s son meet the unnamed Mother of Rey? Just like the son, the mother has no name either – they’re merely plot points. Jodie Comer is an incredible actress; just watching her laugh in Killing Eve is enough to bring joy to my life. Was she Force-sensitive? This love story alone would be worth a prose or graphic novel.

However, all this goodness pales in comparison to the 1990’s young adult Star Wars novels. This was years before the Prequel Trilogy injected Star Wars back into the pop culture zeitgeist. Like Luke’s lightsaber and Mara Jade, the Expanded Universe is where we as fans first heard about…THE EMPEROR’S SON! 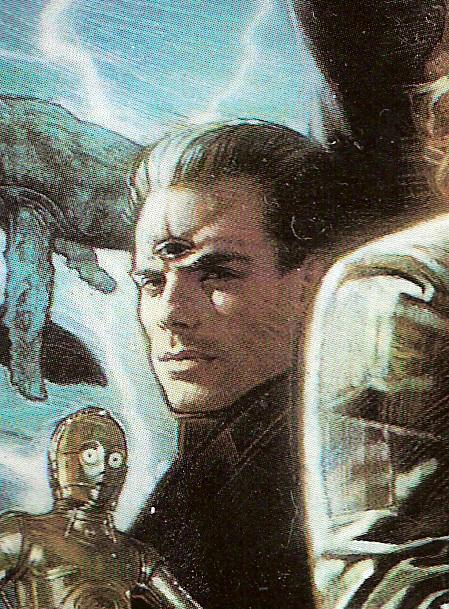 During the early 1990’s, Paul and Hollace Davids put out a book series through Bantam Spectra publishing. Now, most of the plot of these series can get super confusing, but involves two individuals claiming to be the Emperor’s son. Honestly, the only thing I remember about this series is that it had great cover art by painting legend Drew Struzan. It involves with a guy with three eyes named Trioculus. His Wookiepedia page is as crazy with prophecies and prophets and retconning. Apparently he stated he was the Emperor’s son, had a trick device called the Glove of Darth Vader and took over the Empire. It didn’t end well for him. However, another guy with three eyes was the true Emperor’s son – some business with midichlorians – Triclops (see a pattern?). He was a prisoner tortured on Kessel and was a pacifist (which the Empire thought made him crazy and deranged). Apparently, he’s a good guy who had his own son with a…Jedi Princess? Like I said, the whole thing is very confusing but was entirely Star Wars canon back in the day.

What I love is that you can type in “Emperor’s Son” into Google and the first thing that pops up is the Wookiepedia entry for Triclops. In the new canon, Rey’s parents are not entirely relevant – it’s the fact that Rey is Emperor Palpatine’s granddaughter (in the loosest sense of the word). From a certain point of view, she came from nothing, but only because her parents didn’t want her found by Palpatine. Much like mythology, Rey lived among mere mortals, completely unaware she came from such power. Triclops knew only pain and suffering on Kessel. Both versions of canon essentially states that just because you come from the ultimate evil, doesn’t mean – to paraphrase Yoda – that it will dominate your destiny.

Marjorie Eaton, the original Emperor in The Empire Strikes Back