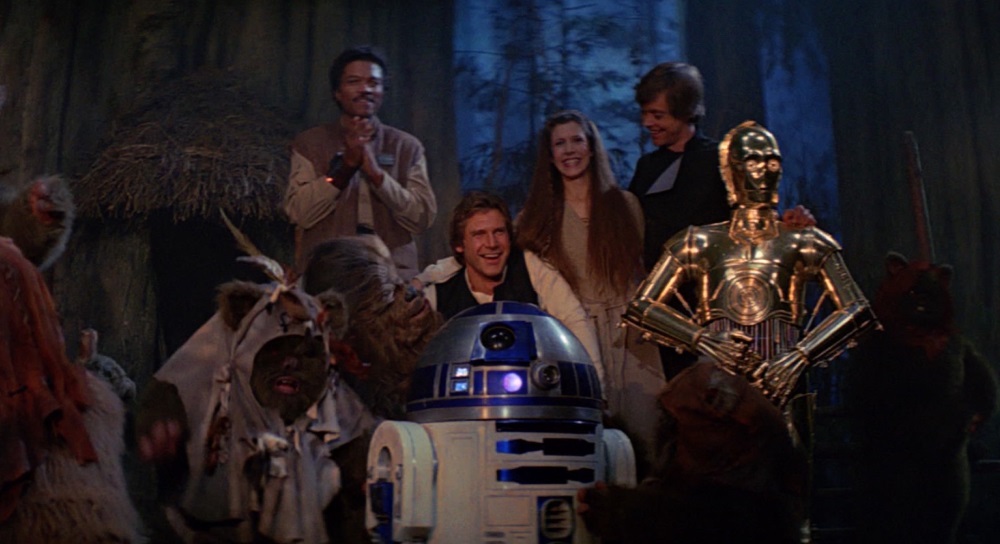 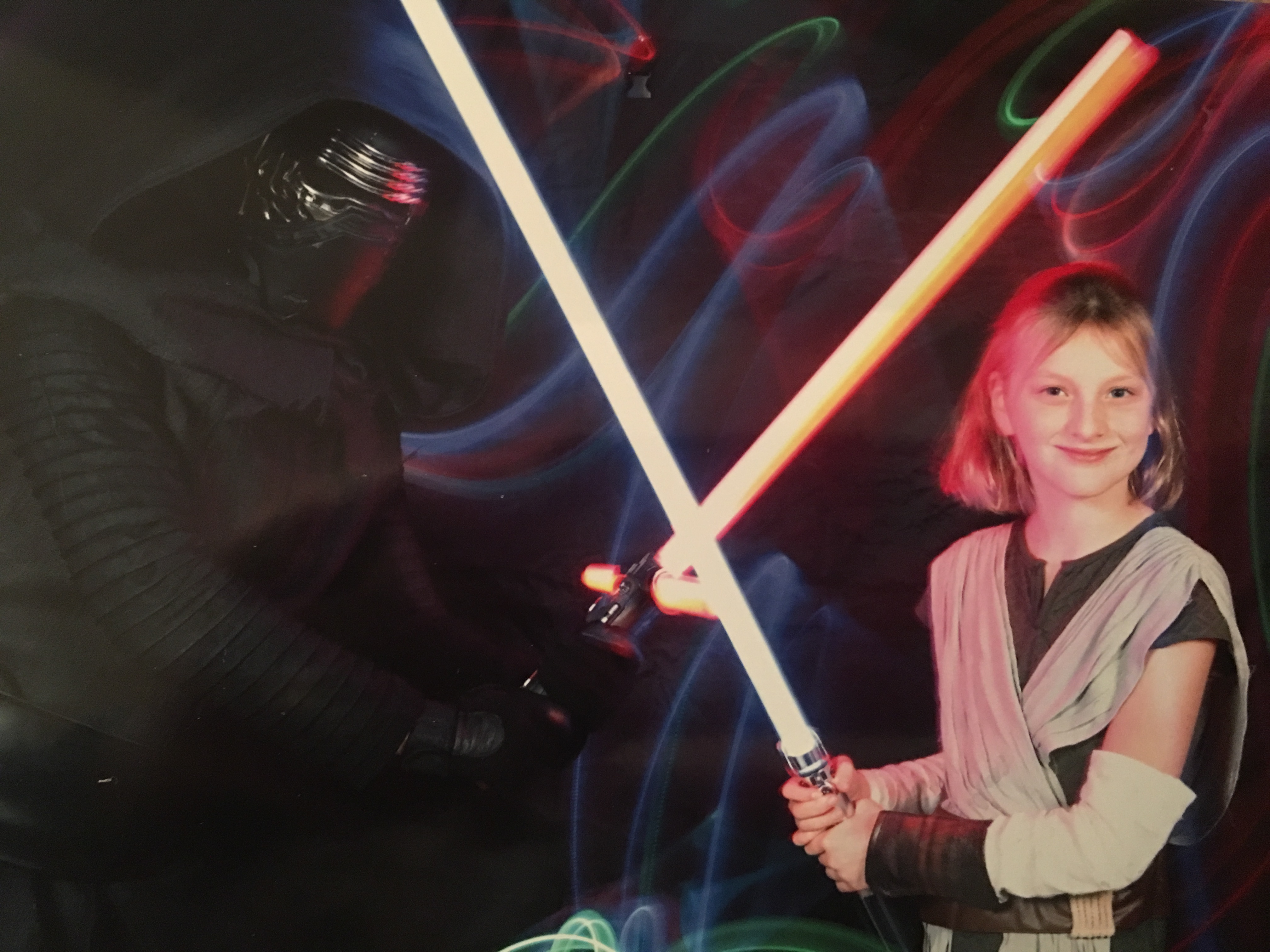 When George Lucas created Star Wars it was squarely aimed at 12 year old children to give them that Saturday morning extravaganza feeling of excitement and expectation.

Now that I’m grown up (well older anyway) and a parent myself, I like any good parent should do, have brought my daughter up in “the way of the Force”. Since an early age Sophie has watched all the Original trilogy and Prequels films. The realization she loves them was a huge relief!

Now with the new films coming out, I look forward to bringing her to see them on the big screen to see if the magic or Force that I felt forty  years ago still exists!

Sophie loves to dress up as characters, her favourite from The Force Awakens was Rey, to her delight we had purchased The Last Jedi  Disney Store Rey outfit for her to wear on the opening weekend. Armed with my FX Luke Skywalker lightsaber,  we set off for our first showing of the weekend to The Showcase delux cinema.

As soon as the crawl began she was captivated, now that she can read herself she said “Oh no mum, Luke’s right this isn’t going to end the way we think!” Without spoiling the story, as it is still early days, I watched Sophie mesmerized and captivated by a plot I thought she would struggle with as there were so many twists and turns!

Her first initial thoughts were Porgs “way too cute”, Rey and the lightsaber “Wow I’m going to do that right now!” and “Oh mum how long do I have to wait to the next film?”

We went again to the IMAX at the Cineworld in Resorts World the next day! It was a much more immersive experience! It felt more of a fan experience to us, there were large Character displays around the cinema, they had merchandise for sale (we bought a bottle of Coke Zero with Finn on it), and after the film there was an opportunity to have your photograph taken with the Dark Lord himself and his grandson Kylo Ren.

Sophie dressed again  as Rey carrying her lighsaber with pride through the shopping centre , she came across the Darth Vader who engaged in a fight with her! Of course Sophie won!

It felt a better experience and added to the enjoyment of the film, this time Sophie picked up the plot and was even explaining things to me!!!

It’s good to know that Star Wars is being handed over to a new generation and that their enjoyment of the Franchise will continue into the foreseeable future.

Carrie Fisher in The Rise of Skywalker: “She’s beautiful in the film. It’s shockingly successful.”