A post appeared on popular Facebook group Star Wars 12 Backs and Early Vintage on 1st April 2020 and surprised most collectors to the extent that many thought it was an April Fool’s Joke! I had the pleasure to interview vintage Star Wars collector John Lennon for a forthcoming episode of The Vintage Rebellion to talk about his post and discovery.

So.. after a heads up from my California relations I managed to pick up these fantastic items. Basically in 1978 20th Century Fox brought a lawsuit against Arco industries as they were producing toys that effectively were ripping off Star Wars items, as Lucas, Kenner etc were so slow to reproduce them. It went to court and the judge decided in favour of Fox.

These which I got are the actual Mocs and star kid figures that were used as evidence in the trial. – John Lennon

There was a lot of information here and most I hadn’t heard before. Thankfully Star Wars bootleg expert Joe Yglesias was on hand to point to an article he had written on his website to explain about these figures.
In a summary, Arco quickly produced 6 carded figures and released them in dollar stores back in 1978, clearly designed to cash in on the popularity of Star Wars. 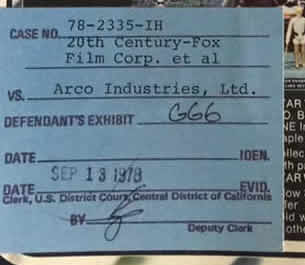 So, what John had discovered were standard Kenner 12 backs with an odd blue sticker on the back of the card, and their matching Arco Space War bootlegs. Doing a bit of research he discovered that they were presented in evidence in a trial on 13th September 1978 by Arco in a court case brought by Fox which they ultimately lost. Looking at the figures below you can see why! 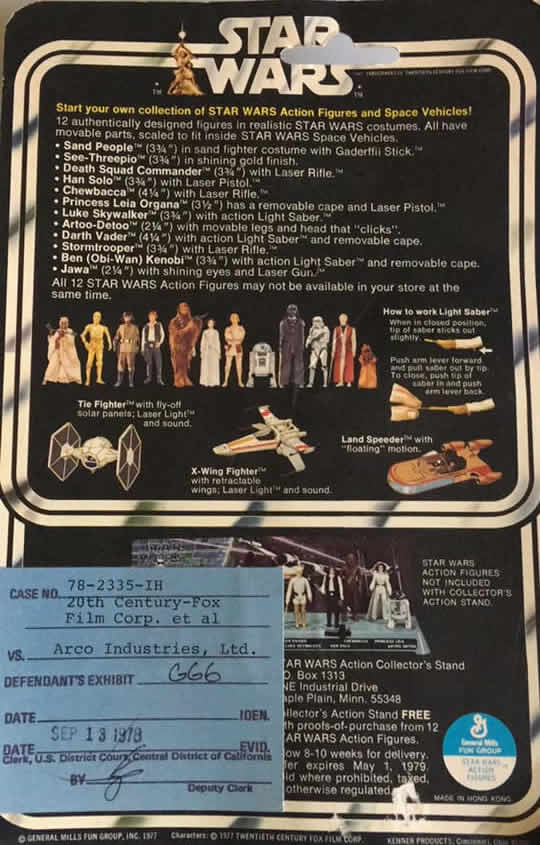 C-3PO
This version of C-3PO looks more like Dot Matrix from Spaceballs at first glance! 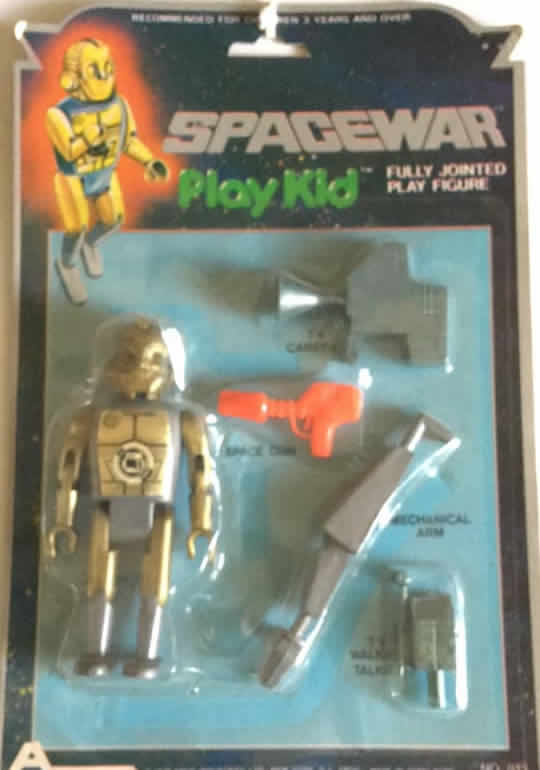 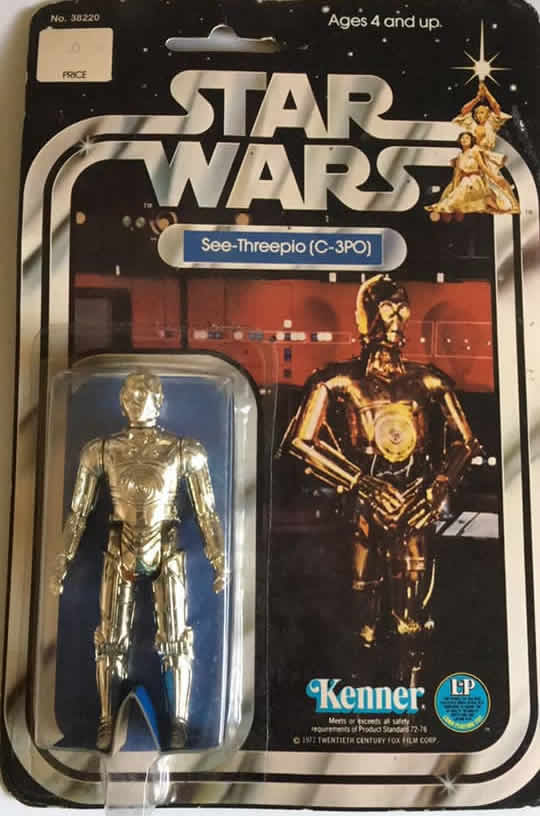 Stormtrooper
This is far more clear!  It’s probably my favourite of the full set. 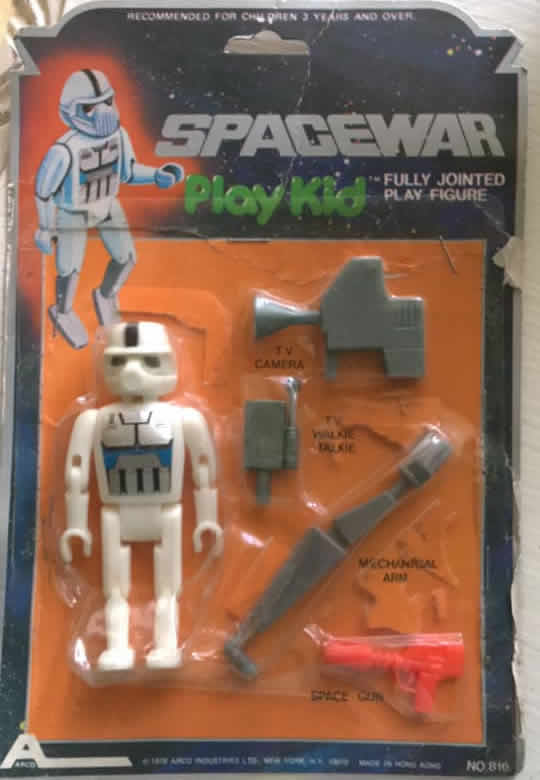 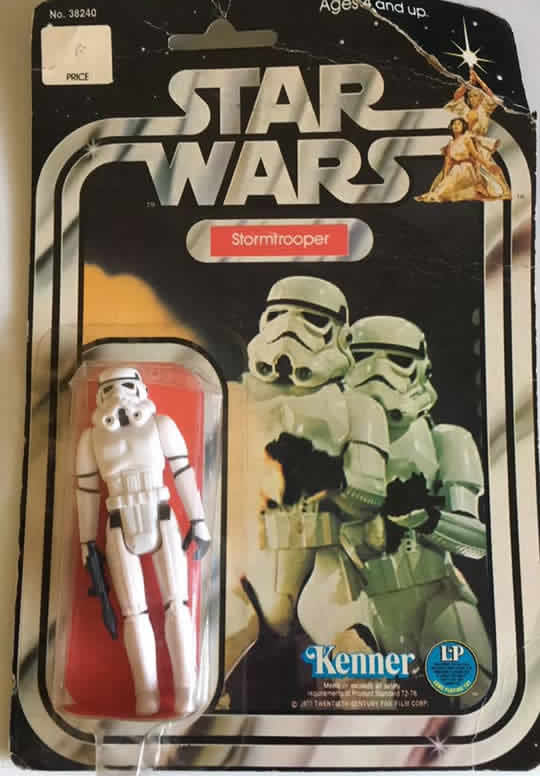 Chewbacca
Although this one is clearly Chewbacca it has a far more ‘Planet of the Apes’ look to it. 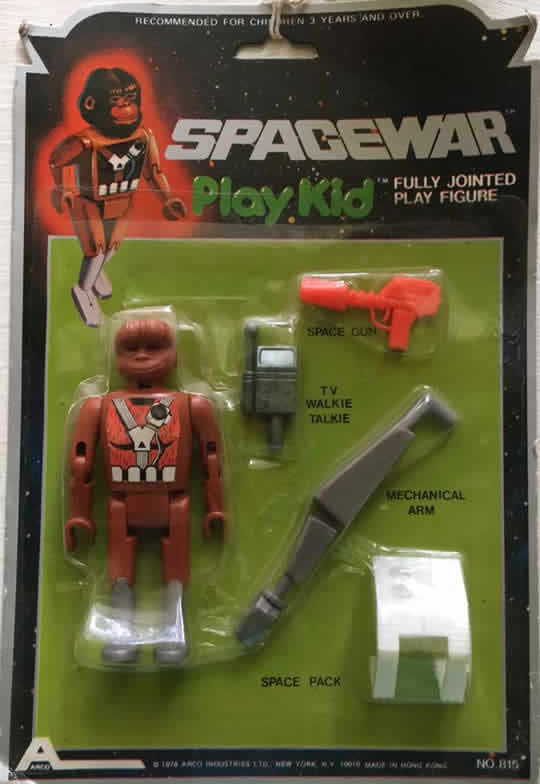 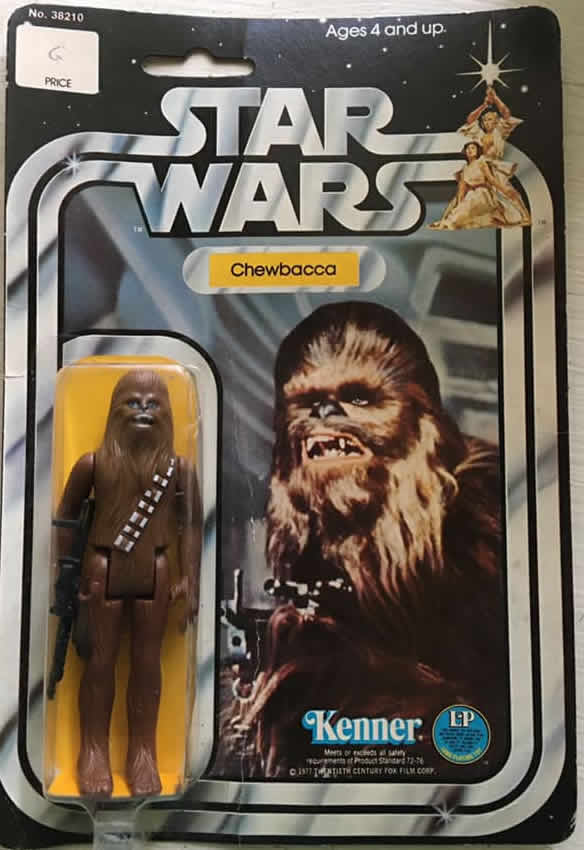 R2-D2
Finally, John snapped up the R2-D2 too, which to be honest they could have gotten away with if it didn’t have a lightsaber included! 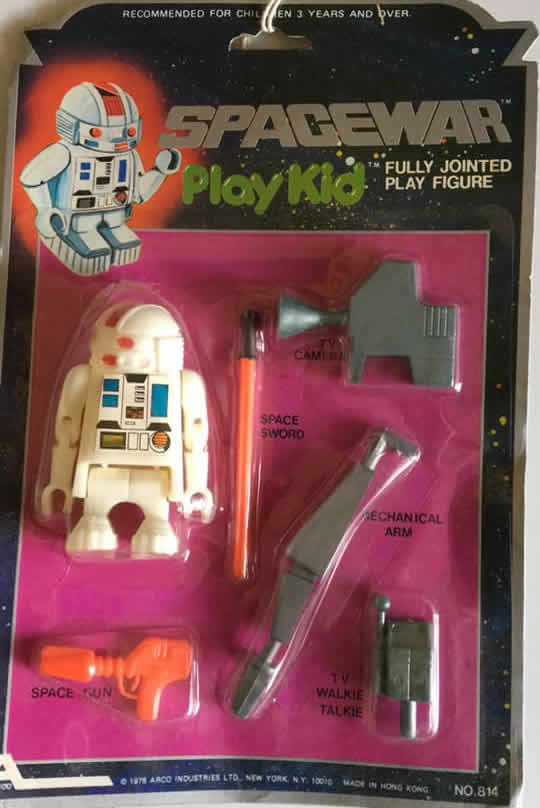 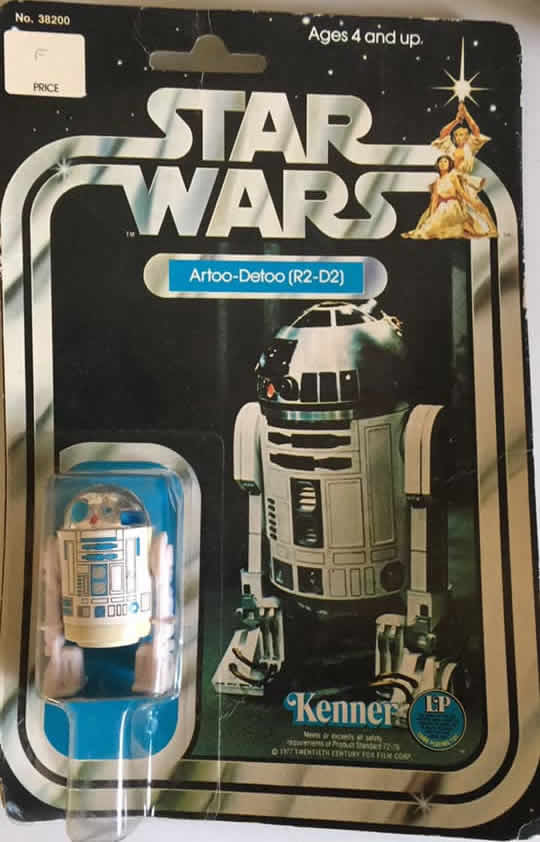 Although John could have also acquired Darth Vader, the matching Kenner card did not have the blue evidence sticker so he left it for others.  Here are the final two (Darth Vader and Luke Skywalker) from Joe’s website where you will find more on Arco and a whole other range of bootleg information. 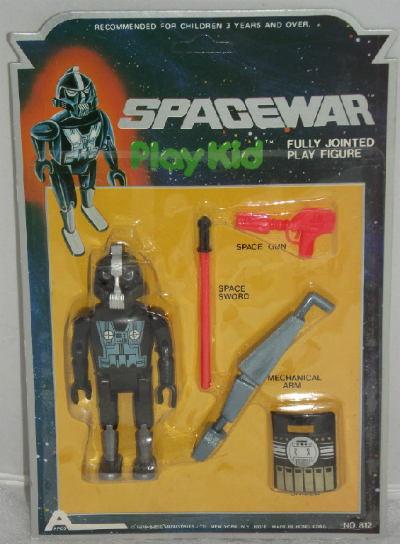