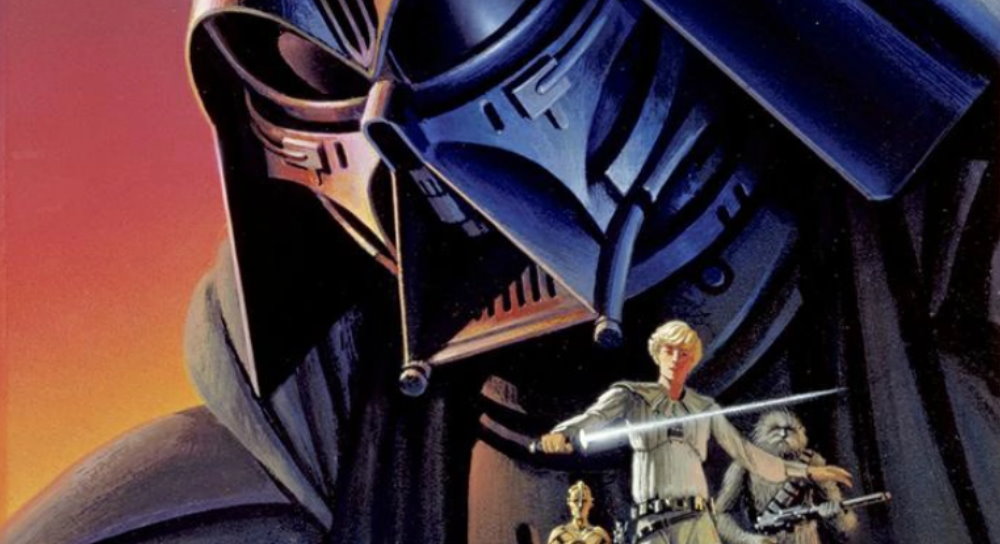 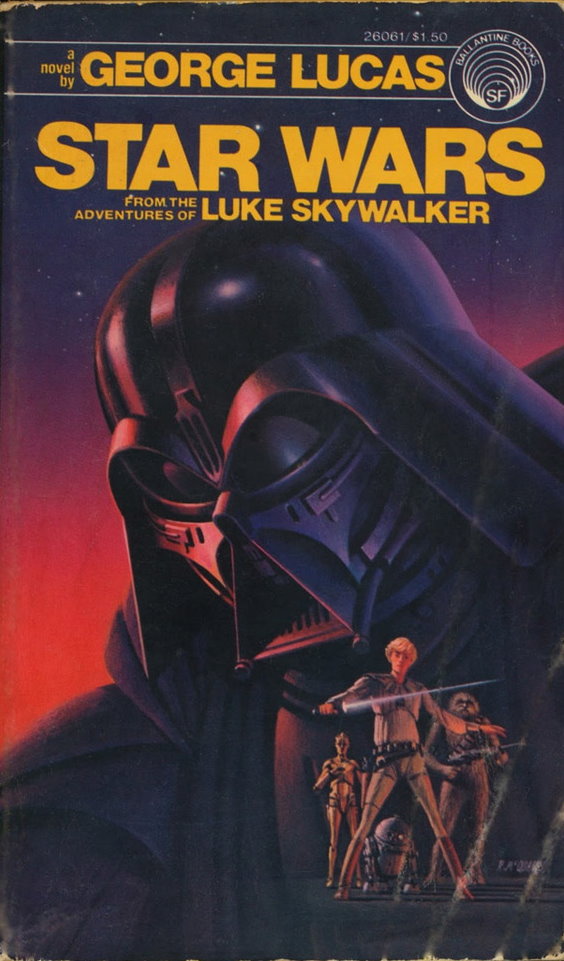 Star Wars: From the Adventures of Luke Skywalker

“Farm chores sure could be dull, and Luke Skywalker was bored beyond belief. He yearned for adventures out among the stars—adventures that would take him beyond the furthest galaxies to distant and alien worlds.

But Luke got more than he bargained for when he intercepted a cryptic message from a beautiful princess held captive by a dark and powerful warlord. Luke didn’t know who she was, but he knew he had to save her—and soon, because time was running out.

Armed only with courage and with the light saber that had been his father’s, Luke was catapulted into the middle of the most savage space war ever…and he was headed straight for a desperate encounter on the enemy battle station known as the Death Star!”

What can possibly be said about the landmark release of a novel that was the precursor to not only a hugely successful space fantasy movie, but an entire phenomenon that has endured for decades and continues to grow year upon year? The Star Wars novel, ghost written by prolific sci-fi author Alan Dean Foster took everything that George Lucas had laid out in his script and, via its expertly written prose, developed it into a book that is as much a part of the Star Wars experience as the film and the soundtrack album.

Film novelisations were a big deal in the 70’s and 80’s, a tie-in that has regrettably lost some of it’s lustre in the intervening years. Back in the day, the novels for big films would sell significant numbers, and the Star Wars novel broke records for sales, pushing in excess of five million copies into print. But it wasn’t a mere retread of the films script. Taken from a number of drafts, it used elements that wouldn’t make it to the big screen but which added a huge element of charm to the novel and the backstory of Star Wars. For instance, the now ubiquitous appearance of earth animals, in this case ducks and dogs, are first mentioned in the novelisation, therefore making their way into the official Star Wars menagerie, and one of the members of Blue Squadron (later rechristened Red Squadron for the film) is called Texas Dave.

It’s small touches like this that mark this book out, not only from other novels, which sometimes go into too much technical detail for their own good, but from other movie tie-ins. The very fabric of that original film is ingrained into the pages, as is the promise of a spectacle previously unseen in sci-fi and cinema. In 1976, without any visuals or ideas of who would be fulfilling the roles, it must have been a very different first impression that Star Wars gave to those readers lucky enough to grab a copy of the book. I envy them.

It’s a brisk read, laid out – obviously – in much the same manner as the film, but elaborating on certain scenes more than the running time of the film allowed. Tosche Station is given more time, as is Luke’s meeting with Biggs (as seen in Behind the Magic) and again with Biggs in the Massassi hangar (as returned to the film in the Special Edition). We see more of the machinations of the Imperial officers at work aboard the Tantive IV and on the Death Star and through that iconic introductory page we even learn about the downfall of the Republic and the tragic tale of Darth Vader, still yet to be revealed as Luke’s father. Interesting that those who read the opening pages of the book in 1976 were learning about the prequel era before they read anything of the original trilogy era.

Writing this retro review makes me want to go and grab my original copy of the novel and read it again. The book is so evocative of the era that it’s a nostalgia trip all by itself, the very heart of Star Wars. If you are a legends fan, a newcomer to the saga or someone who has managed to miss this book entirely I can’t recommend that you seek it out highly enough. It’s pure, undistilled Star Wars and should be the starting point for any reader of Star Wars novels.

Many thanks to my Uncle Peter who sold me his UK Sphere copy for 50p back in 1978.