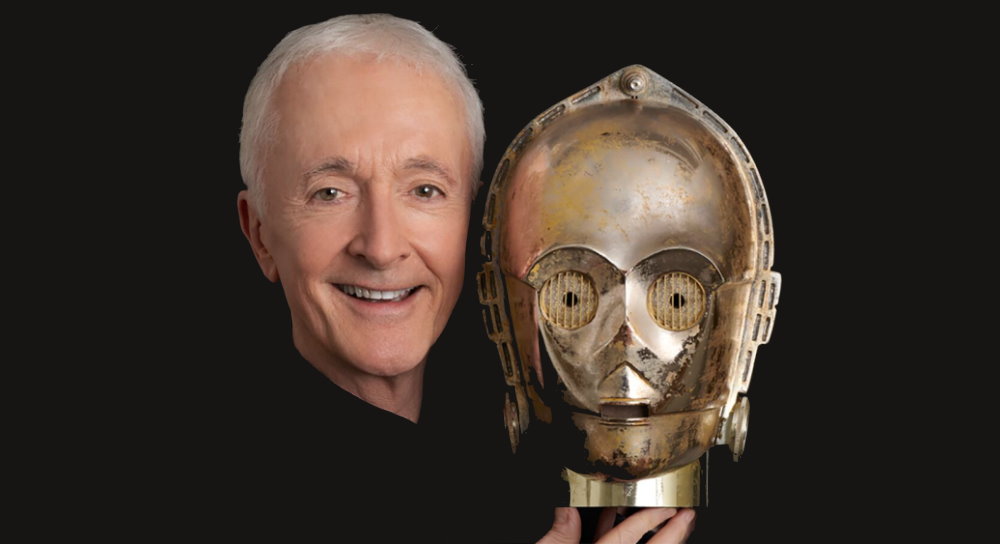 Sunday 27th October saw a cargo hold full of fans descend on the Queen Elizabeth Hall at the Southbank Centre fringing the River Thames to enjoy 90 minutes in the company of the longest serving actor in the entirety of the Star Wars story Anthony Daniels tell tales of his days in the golden suit, quizzed, questioned and joshed with by one of the geniuses behind BB-8, Brian Herring. The pairing of Daniels and Herring was an absolute treat, so good in fact you’d think the whole panel had been choreographed (it hadn’t) and definitely worthy of further development. 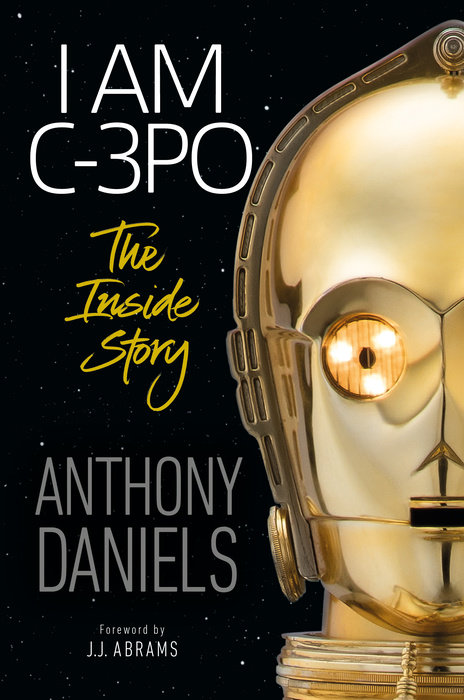 The night kicked off as Anthony introduced our host for the evening and Brian came to the stage, detailing his own love of the saga from a young age and his own Star Wars journey before the star of the show came onstage to talk about his memoirs, I Am C-3PO – The Inside Story which covers Anthony’s journey through the galaxy.

We recently spoke to Anthony on Making Tracks and the next two issues of Star Wars Insider feature my two-part interview with Anthony as he discusses his career and the book – did you know he has a book out? – and this talk rolled through his career in the stars, including how to deal with the infamous suit, his adventures and misadventures on and off screen, and other projects including Christmas in the Stars, Star Wars in Concert and the various animated series he’s done over the years. The stellar work of the R2 Builders got a shout out, allowing Lee Towersey the chance to stand up in the spotlight and take a bow.

It’s clear just how fond he is of the character, and having Herring oversee the talk – a fellow droid performer who over their years working together on the sequel trilogy has become a friend on and off screen – gave the talk an extra edge. In the same way that Anthony and Warwick share the mask element of their performances, Brian and Anthony both have to inhabit a synthetic character; Ironic that both characters are among the most human we see on screen, and it’s not quite finished yet. Anthony hilariously mentioned that filming and recording continues, prompting Brian to slump in his seat covering his face in horror.

A Q&A section ended the show as both stars headed into the audience taking questions from the crowd, leading to some brilliantly quick-witted responses. Anthony is so well trained at working a crowd and slipping into his Threepio persona, even when he was mock-biting at the questions the audience couldn’t help but howl. Great stuff, and as we finished the show with a very welcome showing of the second trailer for The Rise of Skywalker he made sure we knew just how much the character meant to him and what the fans meant to Star Wars.

Afterwards, we were fortunate enough to be invited by DK books to a small gathering where Anthony, Brian, Lee and invited friends shared a glass of bubbly and some stories, the perfect way to end a brilliant night. All that remained was the Sunday night London traffic and the M1 heading north.

A superb show, with just the right amount of revelation, irreverence and insight. If this isn’t seen out and about here in the UK and far beyond, somebody is seriously missing a trick.

Anthony Daniels: Have mask, will travel

I Am C-3PO now available in paperback at The Works

May the 4th: Celebrate Star Wars Day with DK