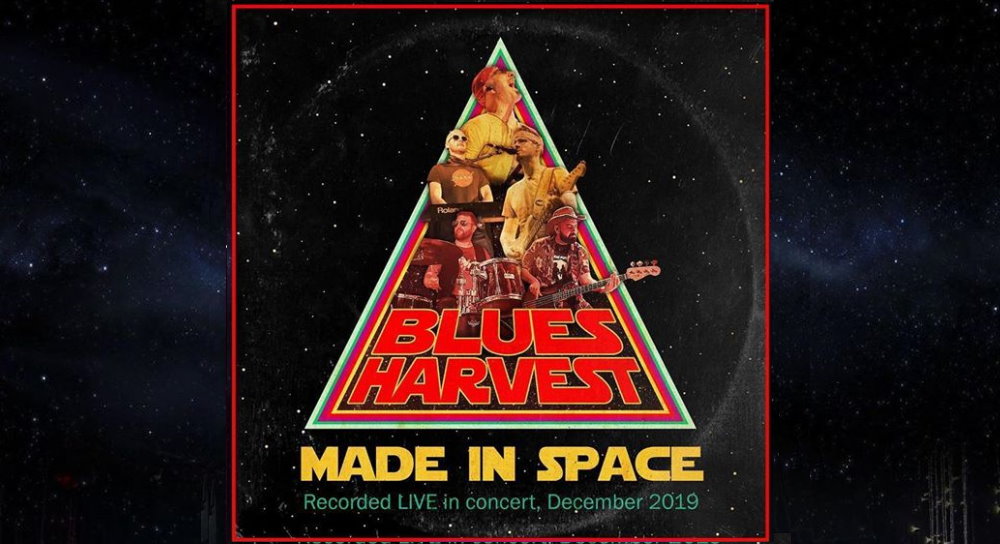 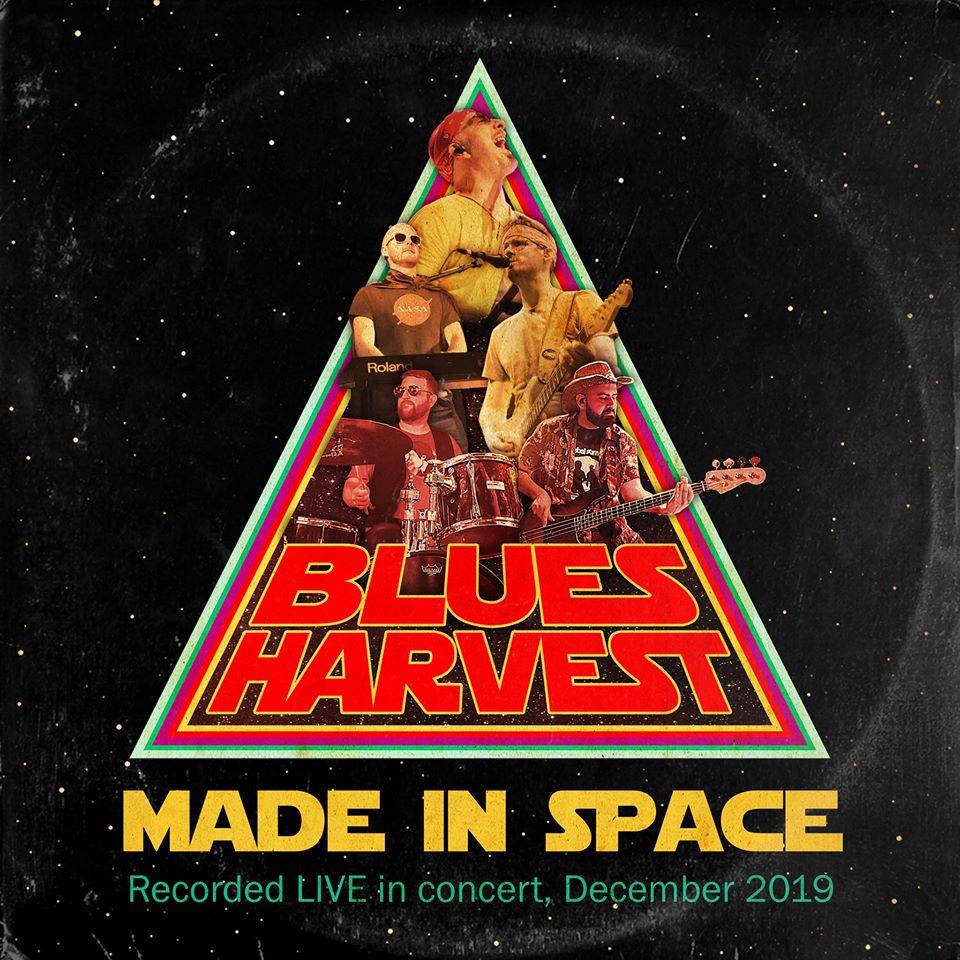 After weeks of anticipation, Blues Harvest’s first live album release “Made in Space” landed on July 9, 2020. “Made In Space” comes roaring right out the gate with a booming Meco-style Star Wars which features a mind-blowing, face-melting segue into “Rey’s Theme” (same effect each and every time I listen to it!).

Shortly, followed up with Blues Harvest familiars “Death Star” and “Tatooine Sunset” before leading into an ode to everyone’s favorite Wookie “Chewbacca” in the key of Toto’s “Roseanna”.

The band allows a short breath before ripping into a Black Sabbath-esque “Doctor Who Theme” that is shouldered with an epic performance of Alan Silvestri’s epic “Avengers Theme” which rounded out with a ragna-rocking “Immigrant’s Song”. Entropy has no effect on the band’s energy as they pound into ‘Cantina Band” and stir the crowd even further with a Reservoir Dogs ride-along cover of Blue Swede’s “Hooked on a Feeling”.

There is nothing superstitious about the sheer brilliance of “Obi-Wan Kenobi” which precedes a grand slam of mega-movie-music to wrap up the show starting with ELO’s “Mr. Blue Sky”, into “Footloose”, into “Ghostbusters” and concluding with an atomic “Power of Love”.

“Made in Space” is 50 minutes of  brilliant musicianship, translating passionate fandom into musical energy. This album is audio ecstasy for the ears that should not be missed out on. Currently, “Made in Space” can be found on Spotify.

Special Thanks to Andy Lyth for the pre-release copy.

Made In Space (Live) by Blues Harvest, out now on Spotify

WORLD PREMIER: The opening track from the new Blues Harvest album ‘Made In Space’