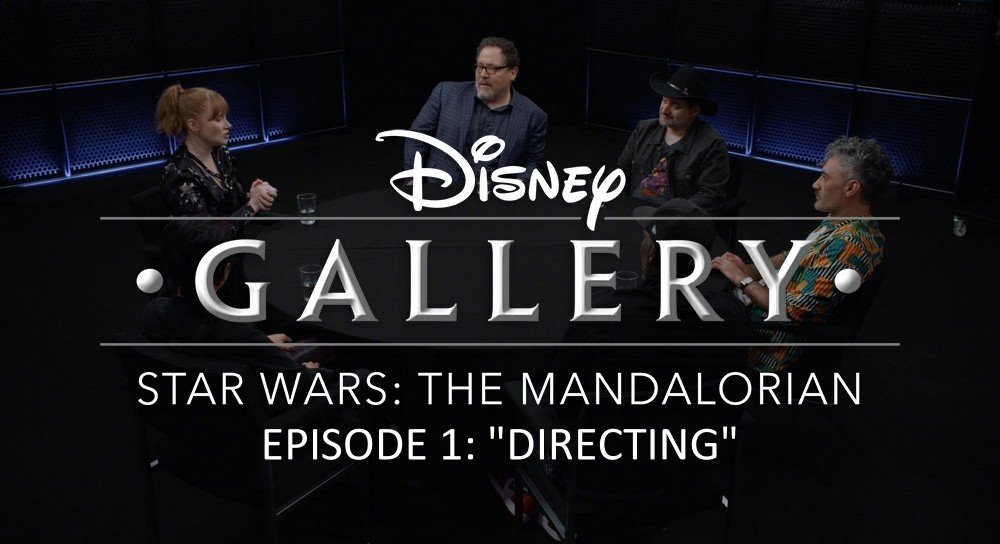 Every time an episode of Disney Gallery: Star Wars The Mandalorian lands, Fantha Tracks give their responses, and here’s our thoughts on the first episode, Directing. Beware of spoilerific elements in here.

The filmmakers speak about their individual journeys on the way to the director’s chair and take us inside the filmmaking process of The Mandalorian.

The Mandalorian, Season One, was intentionally derived from George Lucas’s Star Wars DNA, as the pressure of creating the first live-action Star Wars show was thrust upon Jon Favreau, executive producer/creator, and his handpicked stable of directors.

The inaugural offering of the eight-episode, “Disney Gallery: The Mandalorian” documentary series focused on the five diverse directors of the initial season. It provided background from each person’s creative journey and portfolio, but, more importantly, it focused on the intangibles their approach provided to the end-product for audiences.

Through individual interviews, behind-the-scenes outtakes, and a round-table discussion led by Favreau, viewers were introduced to the heroes behind the heroes. The variety of personal and professional backgrounds of directors Dave Filoni, Rick Famuyiwa, Deborah Chow, Bryce Dallas Howard and Taika Waititi made for amazing storytelling and—like other endeavors by Lucas—pushed the envelope on how to tell a story on-screen.

Respect for the story and an authentic representation of Star Wars was the driving force of every decision. The theme among the directors was that everything that happened in The Mandalorian “feel right,” which is how this team was assembled.

“The one thing that unifies us is that we all love Star Wars,” Favreau said at the beginning of the episode. “Right, that was a prerequisite.”

With backgrounds in acting, directing TV, directing films, directing animation, and more, the breadth of creative vision was refreshing—and all part of Favreau’s plan.

Famuyiwa may have explained it best while also incorporating the old, wild west style that The Mandalorian exudes:

“Jon Favreau explained like we were kind of this ‘Dirty Dozen,’ ‘Magnificent Seven’ type of crew that he wanted to put together to help tell these stories and wanted the different voices and personalities each of the filmmakers were bringing to the table and wanted to accentuate that and bring it to the world of Star Wars.”

And that they did.

It was so powerful to learn the strengths and characteristics of each director—including the organization of and tenacity of Chow, who will be the director for the entire Obi-Wan Kenobi live-action series starring Ewan McGregor. There are also the comedic moments of how some of them met Lucas for the first time and, well, Waititi’s approach to everything.

This initial episode is a genius bit of documentary filmmaking and more of the same can be expected for the next seven Fridays on Disney Plus.

Avengers Assemble! Well, if the Avengers were directors rather than superheroes, you could do a lot worse than those gathered for The Mandalorian Season 1.

This excellent behind the scenes documentary strand sees the creative force behind the first Star Wars live action TV series during and after making the runaway success that is The Mandalorian.

These guys and gals are all huge fans of the saga and their respect for the lineage is apparent on and off screen.

They each take an interest in one another’s work which adds to the narrative, much like a pop group or a football team. The whole is greater than the sum of its parts.

Learn how Filoni got The Clone Wars gig, hear who Bryce and dad Ron Howard dined with and discover how each of them embraced the responsibility of bringing an incredible story to life.

Future episodes will likely focus on the cast, special effects and sound – and I for one can’t wait.

Once you’ve watched this you’ll want to sit through the whole Mando adventure again. I know I do.