When The Clone Wars first aired back in late 2008, Lightsabre.co.uk guest reviewers looked at the show, giving their initial gut impressions on that groundbreaking first season – but not every review was completed, and so those reviews written at the time were never published. In an unpublished article written for Lightsabre, Jonathan Hicks looks back at the fourth episode of season one – Destroy Malevolence.

“A plan is only as good as those who see it through.”

Grievous in retreat! Before the battleship Malevolence could destroy an Outer Rim  clone medical base, a Republic strike force, under the command of Jedi General Anakin Skywalker, crippled the warship, disabling its dreaded ion cannon. 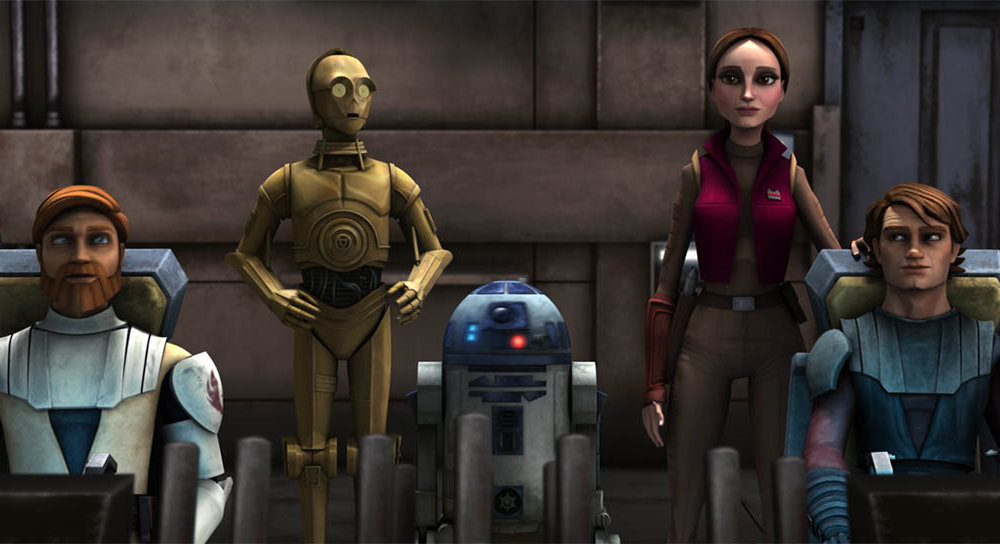 It was this episode when I said to my wife ‘You know, you could put real-life actors against those backgrounds and it’d work‘.

Following on from the previous episode ‘Shadow of Malevolence’ we find our intrepid heroes locked in pitched battle against the huge war machine under the command of General Grievous. Superb animation mixed with some fantastic action sequences (the battle across the Malevolence internal rail lines is wonderfully executed and one of the best realized moments of adventure of the entire series) keeps the story going. The voice acting is excellent and helps to really bring the characters to life.

It’s in this episode that some nuances of the relationships between characters are explored. The conversations between Grievous and Dooku are a pleasure to behold, with Grievous continually trying to assure the count that everything is going to plan – the final communication between them is glorious to watch. The lengths that Anakin will go to protect Padme is also in here – he’d risk losing the battle against the Malevolence to make sure she was safe.

In all the characters feel alive and watchable – it’s a shame that I find I can connect to the characters during their portrayal in an animated television program much more than I could in the movies they are derived from.