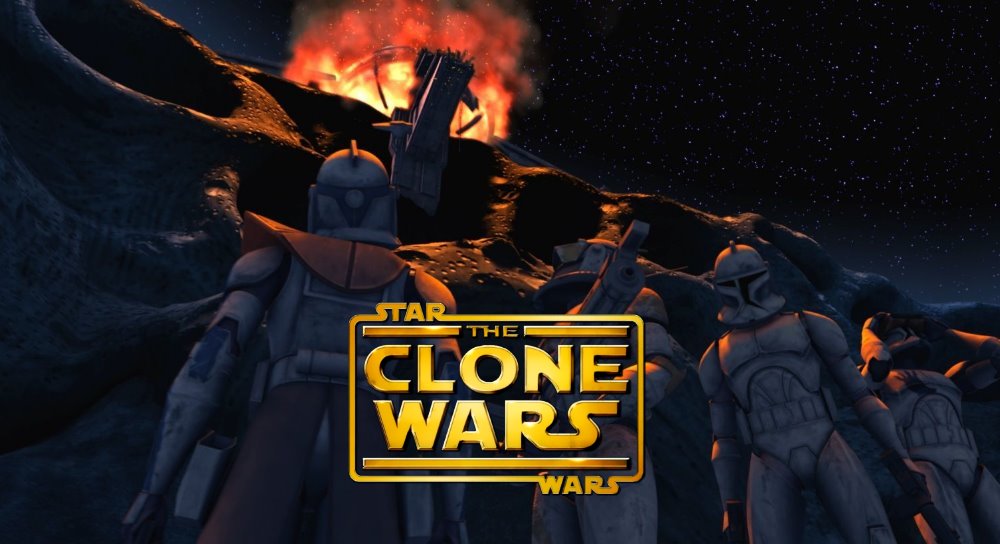 When The Clone Wars first aired back in late 2008, Lightsabre.co.uk guest reviewers looked at the show, giving their initial gut impressions on that groundbreaking first season – but not every review was completed, and so those reviews written at the time were never published. In a new article written for Fantha Tracks, Mark Newbold looks back at the fifth episode of season one – Rookies.

“The best confidence builder is experience.”

Clone forces rally! As the war escalates in the Outer Rim, the Jedi Knights are spread thinly across the galaxy. Many new clones are rushed into service to support their Jedi generals.

Unfortunately, because of the relentless demands of battle, many young clones must join the struggle before their intensive training has been completed. These clones, manning a vital network of tracking stations, are all that stand between the Republic and invasion…

It’s a tough life being a Republic trooper. No sooner are you out of the cloning facility and into training are you hurled onto the field of battle,expected to assimilate all the lessons needed to not only survive on the frontline, but on battlefronts across the galaxy. It’s a diverse and varied cosmos these men are asked to fight for, and Rookies shows that while they may have the best training possible, there are certain things that cannot be accounted for.

Take the unfortunate Cutup, one of the clones we meet at the start of the episode. After a surprise droid assault, Hevy, Echo, Fives, and Cutup escape the Republic listening outpost, overrun by droids and exit via maintenance tunnels, only for Cutup to be taken by a rishi eel. He could well have become a hero of the Republic like Rex, Cody, Echo and Fives but fate didn’t have that in store for him. Whilst battling droids both openly and hidden in trooper armour, they still have to content with more eels attacking while they cook up a plan to retake the command center.

It’s always fascinating to look at these early stages of the war. While Obi-Wan Kenobi is already a respected Jedi Knight, the legend of Anakin Skywalker is still yet to explode and soldiers like Cody and Rex, who arrive here for an inspection of the troops before being pulled into the action, are yet to develop their own legendary CV. Dooku is known, General Grievous is a demon of mythical proportions and Asajj Ventress a feared assassin. None of this changes as the years pass of course, but at this point the galaxy still feels like it can be saved, that there could be an end to the tactics of the Separatist movement. Little did they know.

A plan by Grievous to take the base is thwarted by the brave actions of another trooper, Hevy, who stays behind to activate the explosives as droids close in. The conflagration alerts the Republic, which in turn forces Grievous to abandon his plans, and so the day is saved. As Echo and Fives are invested into the 501st by Rex, they doubt their suitability for this honour, but there’s no doubt they are worth it – we will see plenty of them as the wars develo, but for Cutup and Hevy the adventure ends here and we can only wonder what missions and successes they might have achieved.