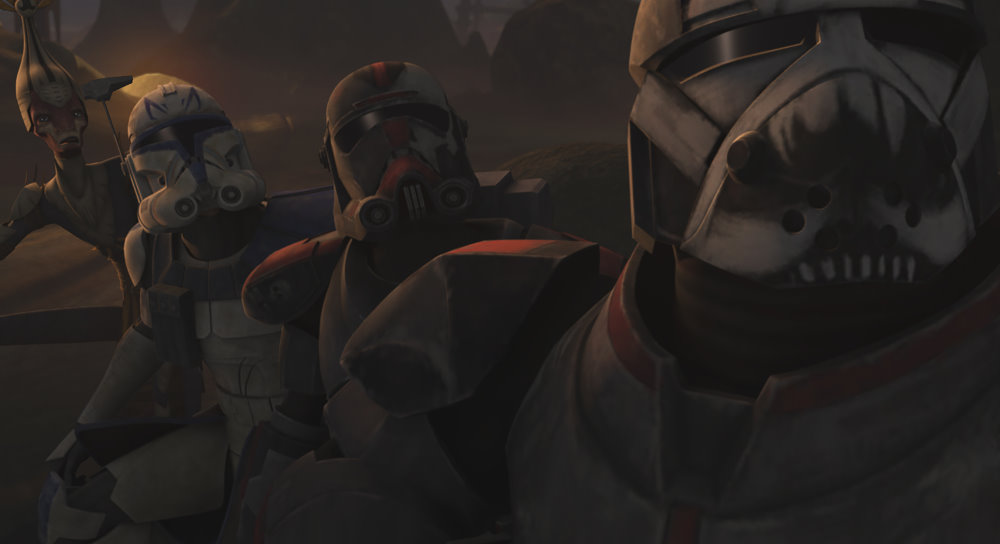 Every time an episode of The Clone Wars lands, Fantha Tracks will be giving their responses, and here are our initial gut feelings, deep dives and thoughts on the third episode of season seven – On The Wings of Keeradaks. Beware of spoilerific elements in here.

“Survival is one step on the path to living.”

After a harrowing encounter with the natives, our heroes infiltrate the city of Purkoll, only to find themselves surrounded by Wat Tambor’s forces….

On The Wings of Keeradaks, Episode 3 of season 7 of The Clone Wars is a highlight on loyalty and camaraderie between the Bad Batch and Anakin and his “Troops.” This is where The Clone Wars shines, showing us how important togetherness and hope truly are. 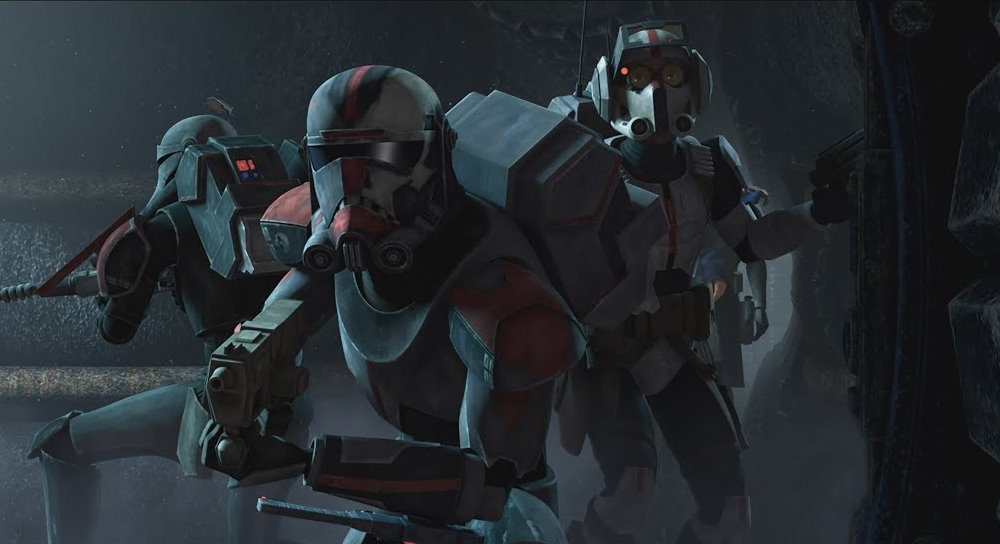 It’s also poignant to the overall story knowing the inevitable is coming – the Hero with no Fear will fall from Grace and crush the hope he instilled in all those who trusted him with their lives.

Loving the Bad Batch arc and the characters of each of the clones. Seeing my son’s excitement at the return of Echo was incredible and I’ll always be thankful to Filoni and the crew for this show which ignited my eldest sons love for Star Wars.

This ‘Bad Batch’ arc continues in much the same vein as the previous episodes – action a plenty as our heroes having found Echo, attempt to make their escape. With more of the new design battle droids (guess what, they fly now too!!!) chasing them down, we see again the locals enlisted to help stand against them as has happened in several previous arcs (and The Mandalorian too). 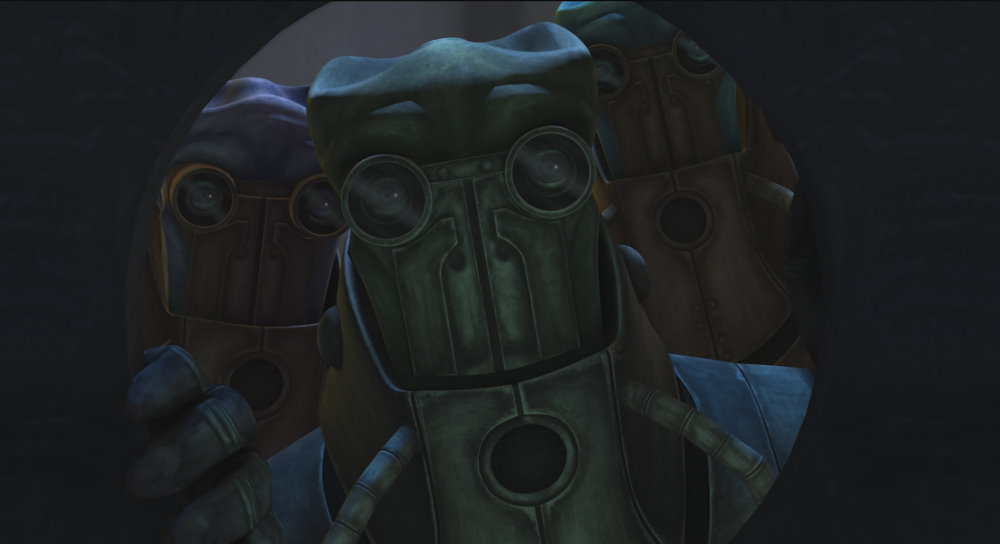 The animation is again top notch, and Kevin Kiner’s score adds to the tension and I for one would like to see him enlisted to score other Star Wars properties as he really seems to ‘get’ the way the music should sound, in the same way John Powell (Solo) and Michael Giacchino (Rogue One) have. 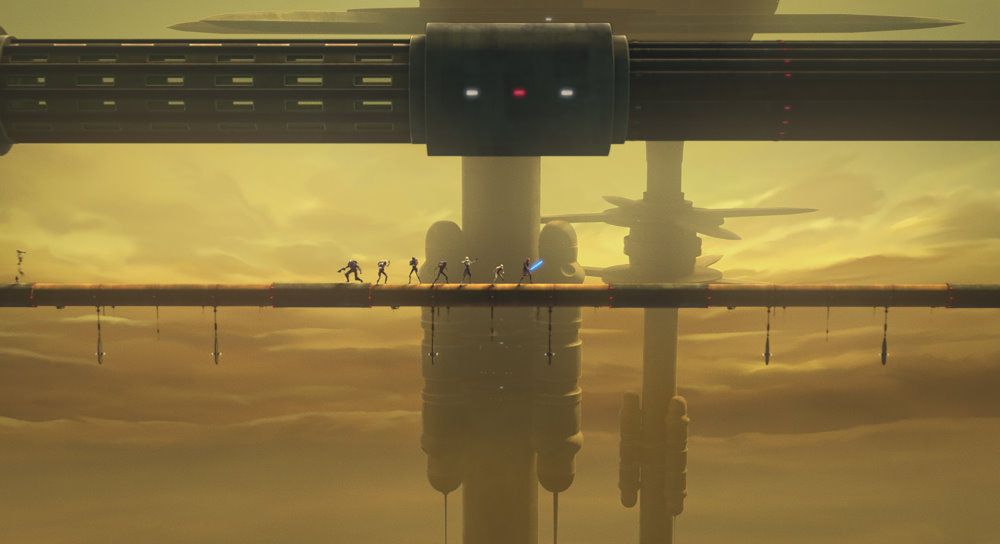 We’ve said it before and we’ll say it again, this seventh and final season of The Clone Wars has eased back into high gear as smoothly as a custom starcruiser, continuing the stories laid down almost a decade ago, working off the rough versions we saw 5 years ago at Celebration Anaheim and effortlessly returning us to the prequel era as Rex and his brothers search for Echo and after finding and liberating him, race for freedom from Skako Minor. 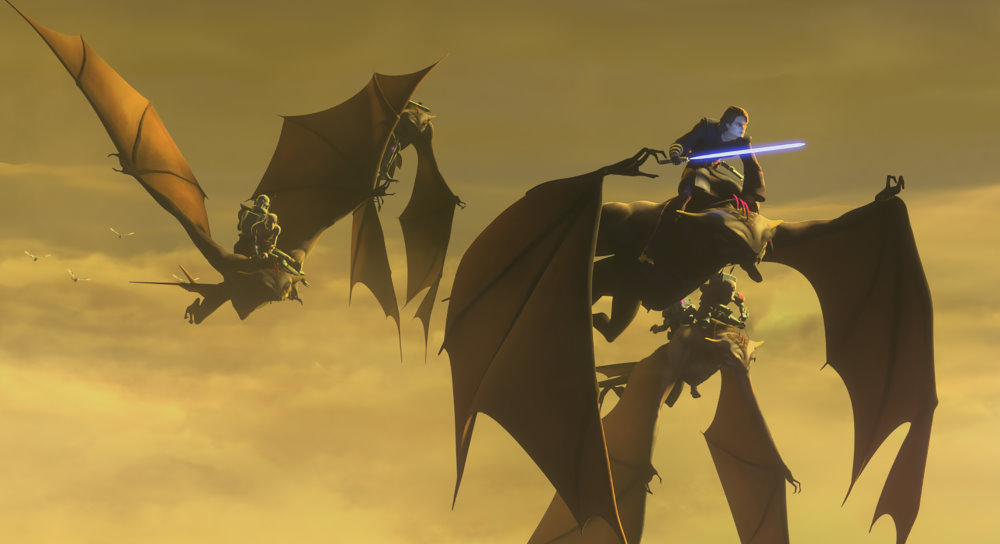 That said, the forces of the Separatist army and Admiral Trench are not ones for giving up and the Bad Batch, Rex, Echo and Anakin have to battle hard to escape the Techno Union facility and get back to the Poletec village. It’s always exciting – but tinged with sadness – to see how Anakin has the backs of his men, and they him. To know we are so close to the events of Revenge of the Sith when Order 66 cements that bond but in a very different way is chilling. The clones of the Republic will become the drones of the Empire, spearheaded by the legendary Jedi General who led them for so many years.

That we get to see the final battles of the war with Anakin as resolute as ever in his battles against the darkness is a privilege we never thought we’d be allowed. Thank the Force for second chances.

Film and TV Review: The Clone Wars Season 7: Gone With A Trace

Images From Star Wars: The Clone Wars “Gone With A Trace” Released