Back in September of 2017 I was fortunate enough to be invited to attend the premiere of Speechless Films documentary Heroes of the Empire. 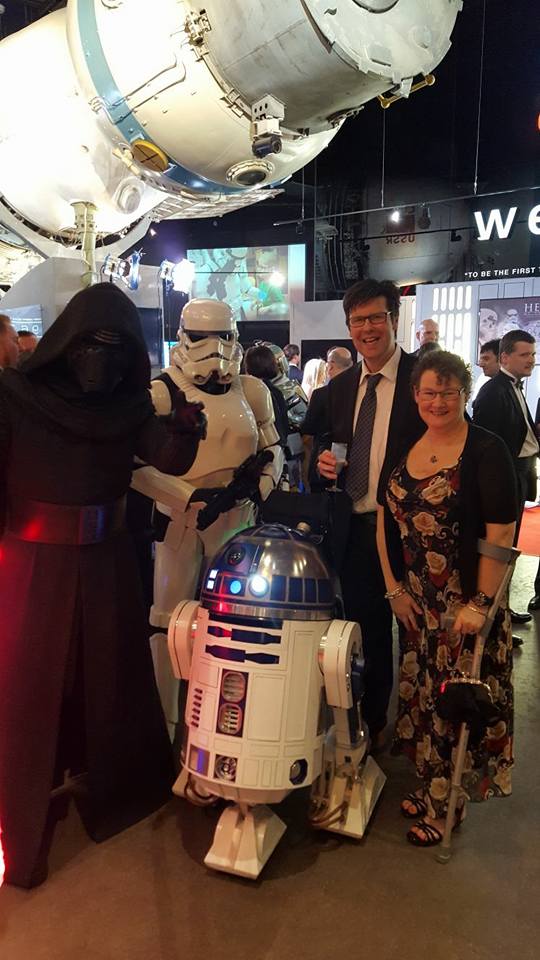 The film takes a look at the UK Garrison, focusing on its charitable endeavors and the love, care and attention that its members lavish on their costumes. As fans of the saga, we all display our love for the series in our own unique ways, but few hobbies require the time, effort and dedication that costuming does.

Directed by Tom Long and produced by Tom and Ross Joseph, Heroes of the Empire manages to convey all of that care and effort into its 60 minute running time. A tricky task, taking something that on the face of it could be perceived by many as a trivial past time, to illustrate that the hobby is far from that but something that enriches our society by bringing smiles to people’s faces and putting money in charities pockets.

Rightfully protective of their image and the public perception of the garrison, the UKG were cautious heading into this project but were right to be judicious as their choice of Speechless Films was the right one.

The documentary confidently balances the more emotional and challenging aspects of the UKG’s work, heading in to hospital wards and trooping at funerals, with the joyous experience of marching at The Force Awakens premiere. It would be easy to be overly sentimental, too flippant or too serious, but Heroes of the Empire finds the balance and presents an honest and heart-warming piece that is essential viewing for any 501st member or lover of the saga.

Bad guys can do good, this film is proof of that, and I can’t recommend it highly enough.

Fast forward almost 12 months and despite the documentary not yet having a UK release date, the film is winning awards.

Huge congratulations to the team for this well deserved award and here’s hoping it finds a UK distributor soon as everyone needs to see this inspirational documentary.

The UK Garrison hand over £5000 to the Royal British Legion

Return of the Garrison: UK Garrison film the weekends events

Heroes of the Empire arriving on Amazon Prime 8th February

Heroes of the Empire screening on TVNZ OnDemand

Bad guys do good: The UK Garrison raise over £3600 at MCM Expo Birmingham