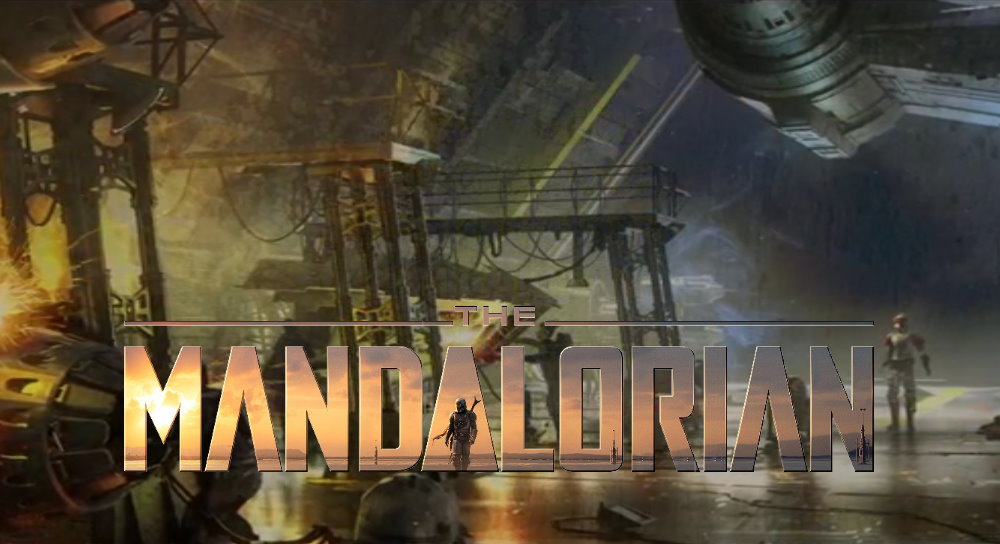 Every time an episode of The Mandalorian lands, Fantha Tracks will be giving their responses, and here are our initial gut feelings, deep dives and thoughts on the sixth episode – Chapter 6: The Prisoner. Beware of spoilerific elements in here. 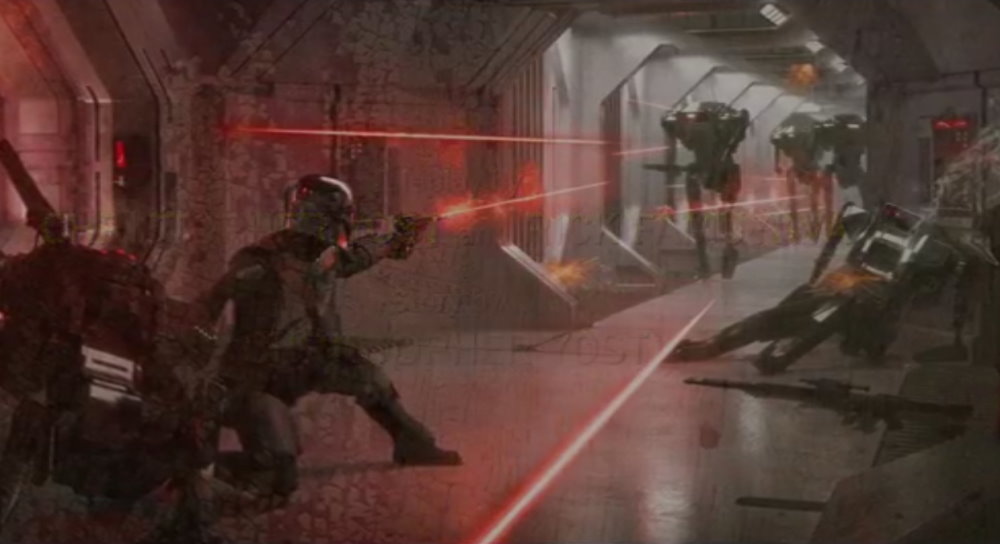 An eight episode series should not have filler episodes, and it now feels like we have had two in quick succession.

Plot should not stand still in order to give characterization – yet it did. We got more hints at The Mando’s past, without any great substance to it.

We also got a lot of distracting cameos, that it almost felt like a tribute show on ABC, with Disney pulling out all the Star Wars fans they could find. It almost got to the point of being quite childish at the end with the directors cameo, it felt like “hey, mom – look I got to make a Star War”

I get the hunch that a lot of the series budget went on initial town set construction, and special effects that the episode budgets were really squeezed so they had to throw out a few low budget episodes to balance the accounts.

The Child is struggling now to find a role on the show. It is almost an object being dragged around, and forced into the show All narrative around it has been lost.

Episode really needs to step up the show, and bring it back to the levels of the first few episodes. We need it to build to a finale, as quite frankly I don’t know where the series is heading and I am not sure it does too now. Very pedestrian. 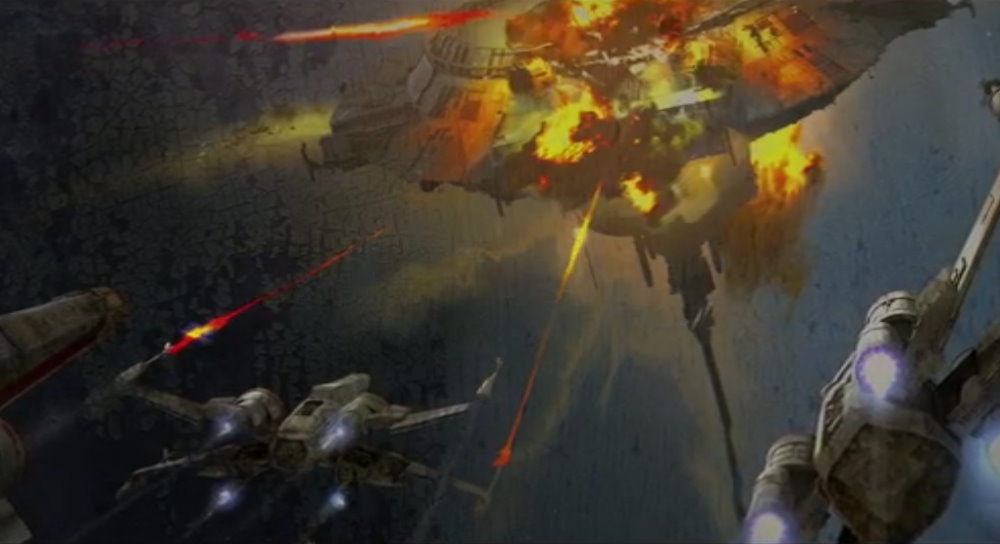 The Prisoner is an odd episode in this debut season of The Mandalorian. Equal parts actin packed and character building, it clips along at a fair pace and once again gives us an interesting insight into the daily life of Mando and the challenges he comes up against.

Still travelling with the Child, he arrives at a lone space station where he is greeted by an old associate who needs Mando, specifically because of the Razor Crest, for a job to bust out an old comrade. It very much feels like the kind of joint mission you’d imagine Zuckuss, 4-LOM, IG-88, Dengar, Bossk and Boba Fett to carry out as this random assortment of gunmen, droids and heavies intercept a droid controlled ship to spring an associate and bring him back.

But, this is the underworld, where there are always grudges and receipts and it’s not long before Mando finds himself on the wrong end of their attentions.

It’s classic Star Wars, once again very much in the 80’s West End Games style as the crew, consisting of some very familiar legacy aliens (and a welcome face known very well to fans of The Clone Wars), bicker and squabble and it’s a great – if slightly unevenly edited – fun episode….until the three cameos turn up right at the end.

One thing Lucas did so brilliantly at the start of the whole Star Wars saga was cast largely unknown actors in the lead roles, supporting them with stage and screen stalwarts to give the proceedings the gravitas it requires, and for the most part that casting process has followed through the years. When there have been celebrity cameos, they’re behind helmets – you wouldn’t know Daniel Craig was in The Force Awakens or Ed Sheeran is in The Rise of Skywalker if no one told you about it. To have three cameos, with their faces to camera – one of which is just about as famous in the Star Wars world as you can get – pulls you out of the story and is a frustratingly self-indulgent moment. George Lucas in his blink-and-you’ll-miss-it blue-faced Revenge of the Sith easter egg is one thing. This is entirely different.

Despite that distracting moment (and it’s a cool scene which makes it all the more disappointing) this is a cool episode that shows a subtle change in the MO of Mando as he moves towards the seasons end. Where that will take him, who knows but we’re strapped in and along for the ride. 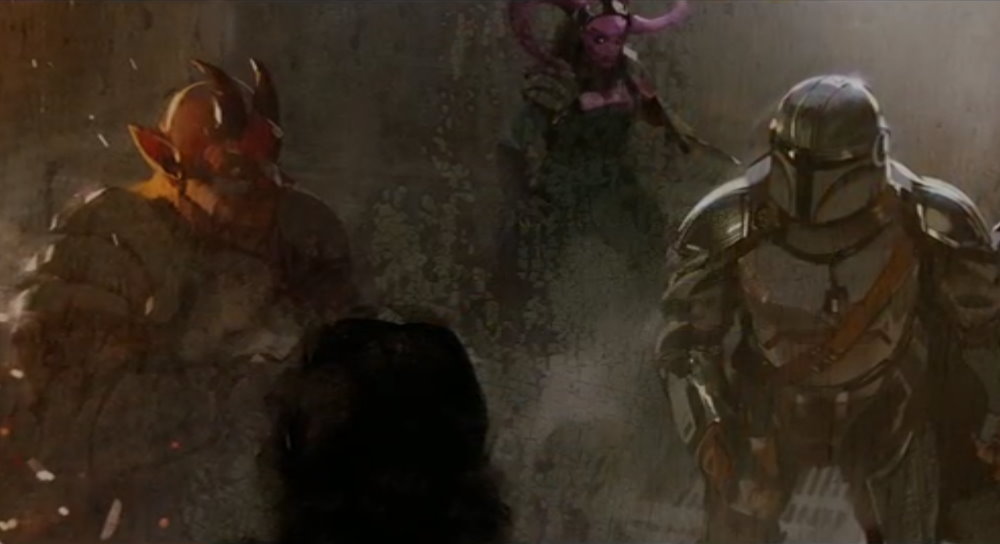 Chapter 6: The Prisoner was a different take/scope/lens on Mando.

The jailbreak mission was new to us onscreen – granted, Luke and Han broke into Leia’s cell in A New Hope, but come on, Leia rescued herself after that. I digress.

The twi’leks were a bit too vamp-ish for my liking, but it worked. As in, I didn’t like them lol! Again, we’re not supposed to😉

Mando IS softening and his moral compass is starting to pave his path rather than his job.

Highlights:
Cameos! Filoni, Chow, Rick and of course, Lanter. Also, the child trying to use the Force only to have Mando save the day instead. 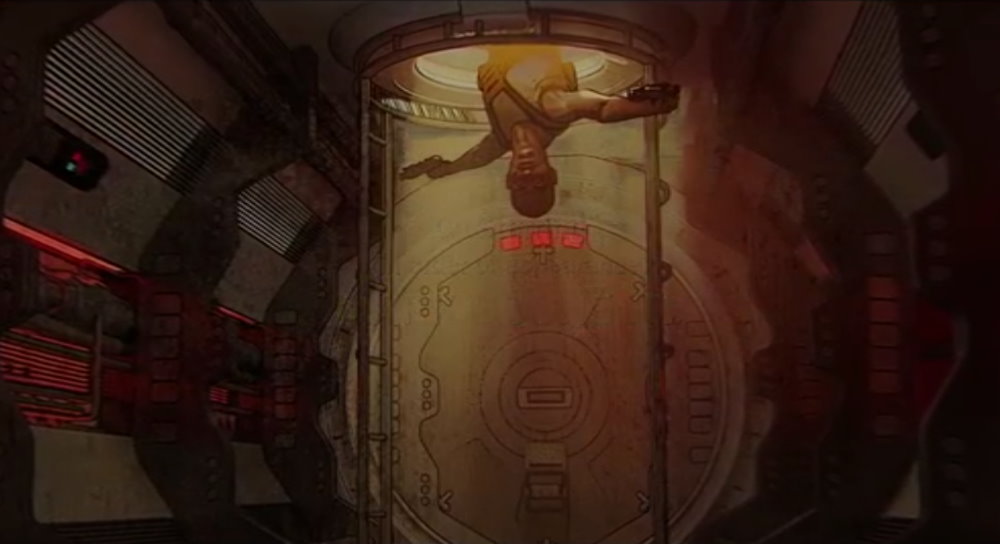 Feels like a Firefly episode at the outset. Good to see some of Mando’s original team of mercs and bounty hunters.

Mark Boole Junior: Brilliant in everything he does, and such a fun character in this.

Bill Burr: I don’t know his work but he’s really good in this, as the up and coming bounty hunter.

Natalia Tena: From Game of Thrones, good to see Xi’an’s background with Mando.

Burg: the Kurgan! Hell yes! Great… what more needs to be said?

The droid: Richard Ayoade is brilliant as this character too! The droid’s the most interesting part.

Follows the basic breaking out someone from prison mission routine but there’s enough comedy in this to make it fun, and Anakin is all on his lonesome!

Great cameos at the end too. 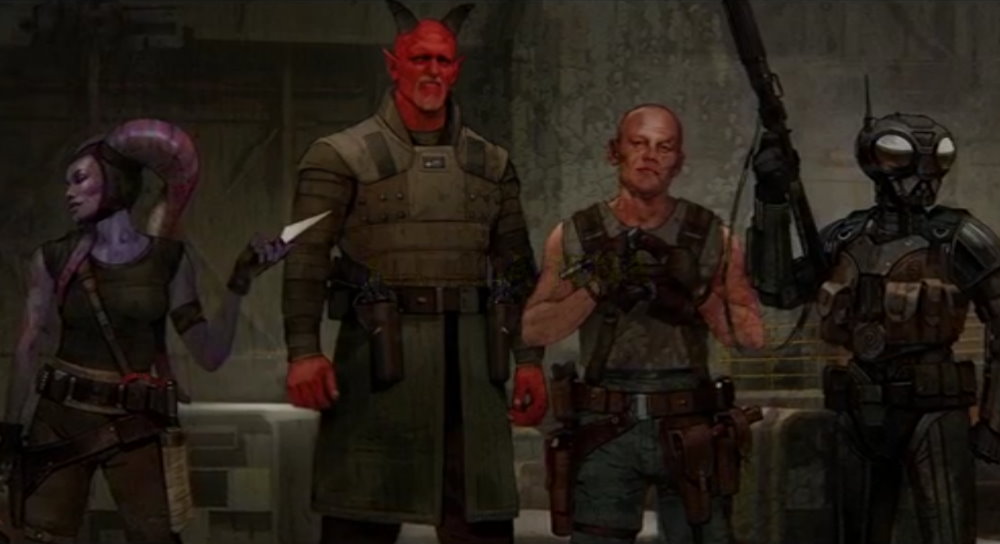 Just watched episode 6 of The Mandalorian and this is by far one of the best of the series. So much action and suspense. Also loved that I was surprised twice.

First when The Mandalorian was double crossed and second when the he left all of his enemies live through the encounter. 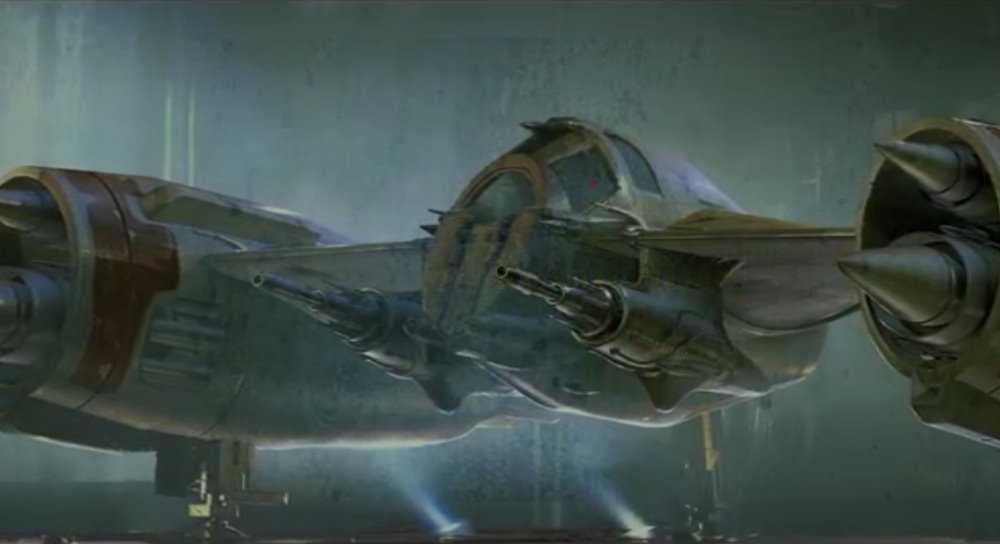 I also loved all the cameo appearances! Gotta love that one of the biggest fans of Star Wars finally lived his dream of piloting an X-Wing! 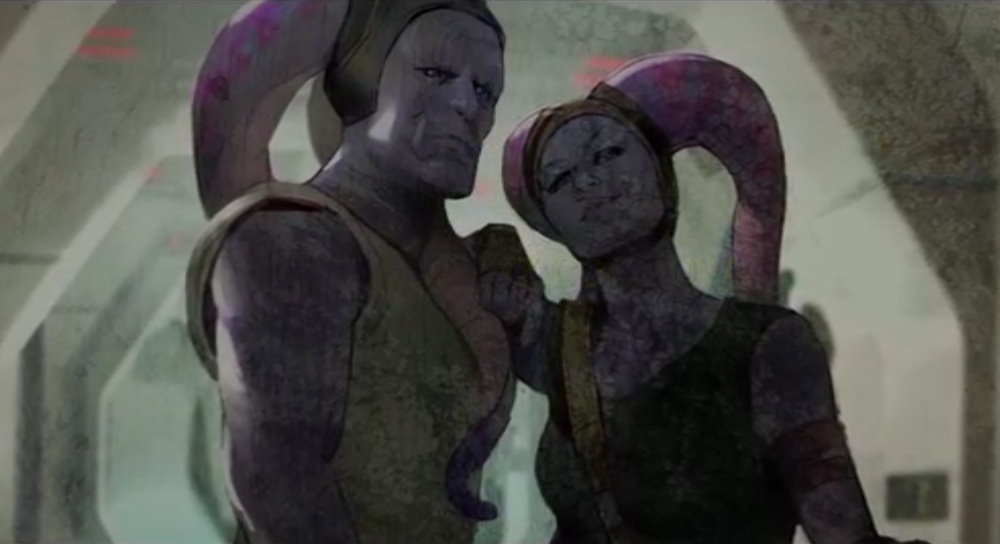 Great episode! This series is wonderful and really has the family Henry wanting for more each time!

The plot is exciting with twists and turns nods to the OT. Keep on coming for those who want them ! 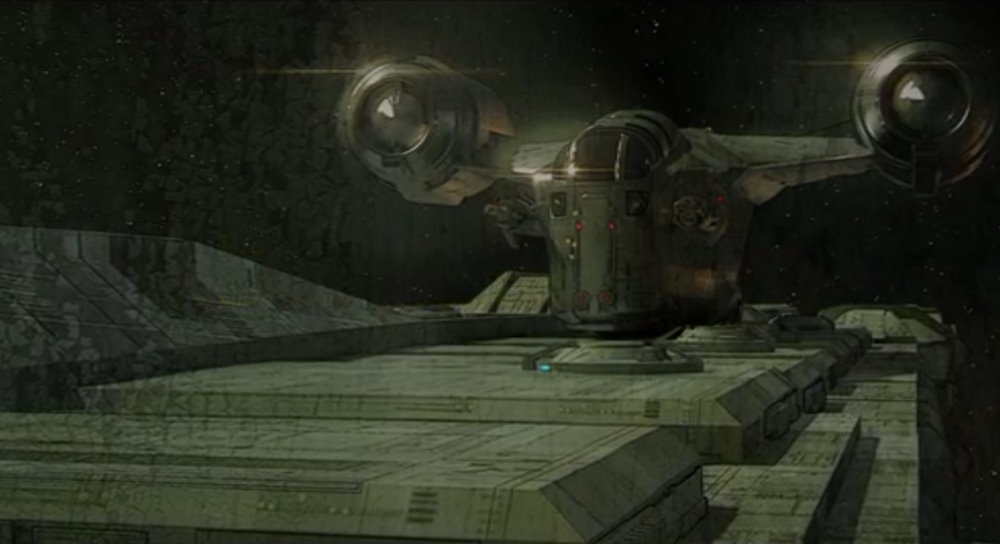 Nice to see a few familiar faces flying X-wings at the end! Where he ends up next no one knows but we can’t wait 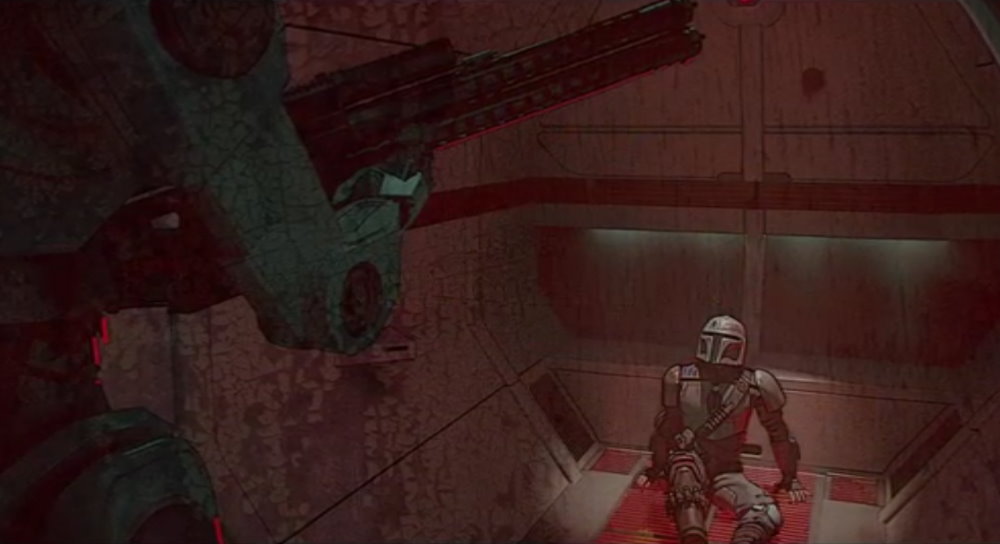 Things are looking grim for our Mando as this 6th chapter unfolds. His previous actions have caused him to be one of the most wanted men in the galaxy and ostracized by his contemporaries. It appears he will now take any job on any terms, so when he is enlisted with 4 other bounty hunters and told to follow the orders of a gun-toting bad-ass – and accept that a droid will fly his beloved Razor Crest, his authority is visibly weakened – briefly. 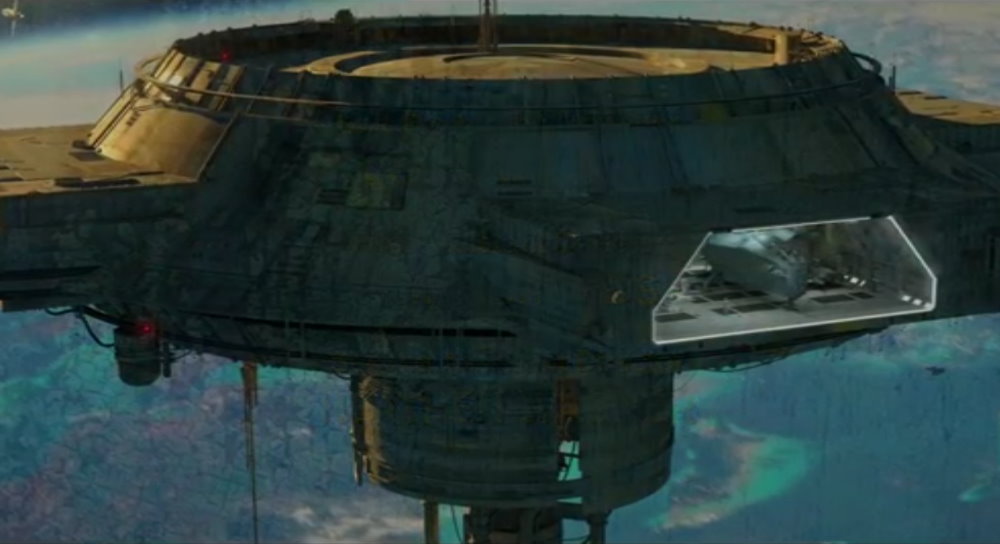 This episode felt like it belonged in another series – Firefly or even, dare I say it, The A-Team! I loved the cameos in the prison ship and towards the end a pleasant surprise of some familiar pilots in much-loved ships.

Only 2 more episodes to go and it’s been quite a ride for us all, especially Baby Yoda, who appears only briefly in this instalment. When this first season is done, it’s going to feel like a long wait for season 2 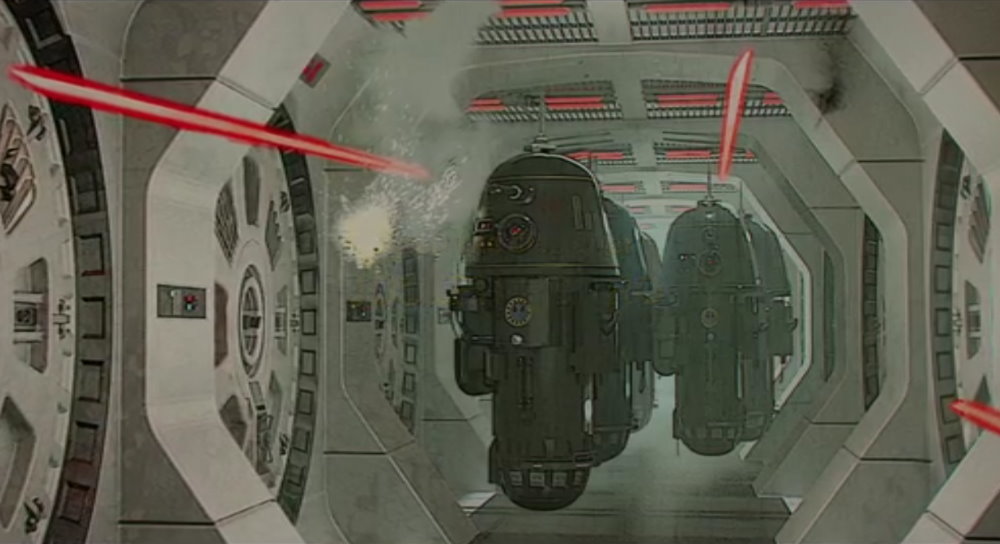 Well I didn’t expect that! After the cliffhanger ending of last week’s episode and THOSE BOOTS we find Mando in some peril as he joins some bounty hunters on a prison heist.

This unexpected jump is what I love so much about this series. You genuinely have no idea what will come next and being stuck in prison certainly wasn’t where I expected Mando to be. 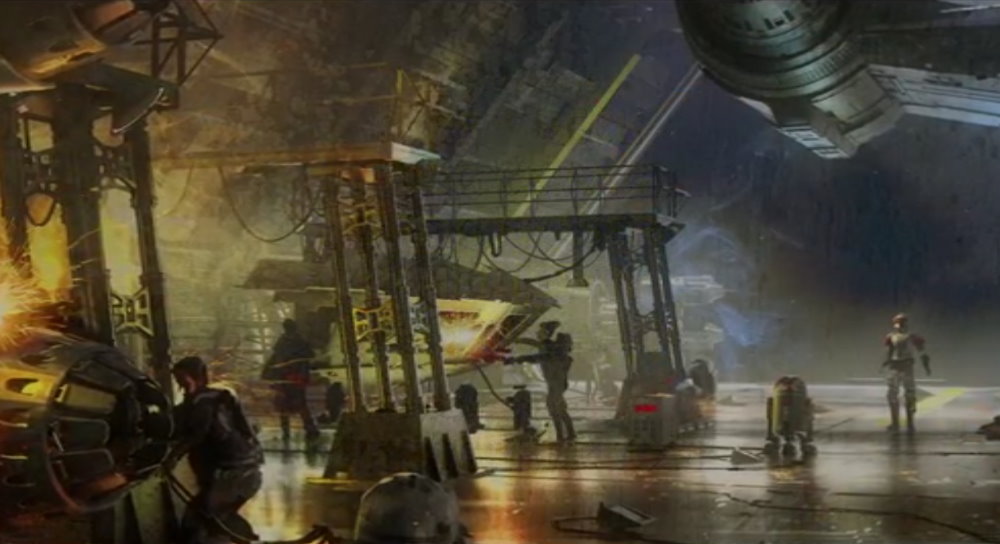 What made this episode so good was the supporting cast. They were threatening, funny and at times really dark, this led to some great character progression of Mando as he becomes more and more vulnerable to his conscious.

Where next? Not the foggiest.

Film and TV Review: Rogue One: A Star Wars Story