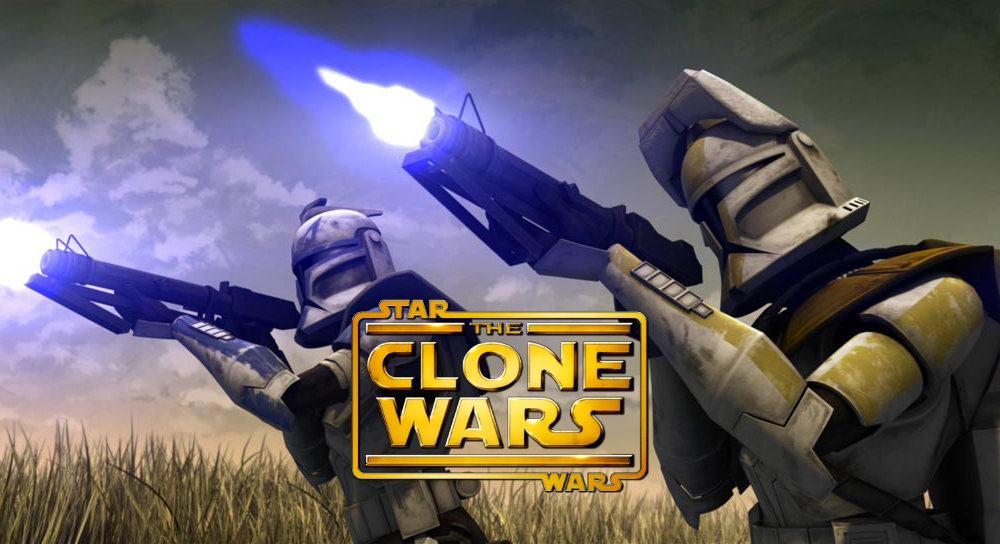 When The Clone Wars first aired back in late 2008, Lightsabre.co.uk guest reviewers looked at the show, giving their initial gut impressions on that groundbreaking first season – but not every review was completed, and so those reviews written at the time were never published. In an unpublished article written in 2008, Eddie van der Heijden looks back at the fourteenth episode of season one – Defenders of Peace.

“When surrounded by war, one must eventually choose a side.”

Republic forces in retreat! While rescuing General Aayla Secura from certain defeat, Anakin Skywalker has been seriously injured. After a narrow escape, our heroes crash-landed on the remote world of Maridun. Stranded, and with no way to contact the Republic, the Jedi receive medical aid from the peaceful Lurmen colonists.

But even on this tiny planet, the war threatens to follow the Jedi…

When Surrounded By War, One Must Eventually Choose a Side…

How true those words are is apparent in this character-driven, planet-based episode of The Clone Wars. In this episode, in which fan favorite Aayla Secura features heavily (Hurray for that!!!), the peaceful Lurmen’s life on the world of Maridun is brutally disrupted when they take in the injured Anakin Skywalker and his band. Although all is well at first (this bit features some great music), it all changes when we see the familiar contours of the Separatists C-9979 landing ship in the sky above the world. With the imminent threat looming, Lurman Chieftain Tee Watt Kaa tells the Jedi to leave them as their presence is endangering their existence. Watt Kaa is an elder who strongly beliefs in non-combat, and he insists that their people will remain true to their traditions which they adhered to for many generations.

The Separatist invasion force, led by the marvelous Neimoidian General Lok Durd (voiced by one of the great Star Trek actors George Takei), have arrived to test a new superweapon on the peaceful Lurmen (Yeah, it was about time another superweapon sees the light of day: this one capable of destroying all organic life, thus preserving the Separatist droids). In the end, it is the younger Lurmen generation, led by Tee Watt Kaa’s son, Wag Too, who decide to aid the Jedi in the fight for their village.

All in all, this was (yet) another great episode of a great first season. Although I first was very wary of the continuity-difficulties this new series would present, I am now in fact enjoying the series for what it is (and we’ll sort out continuity later!!!). It was great to see that Arakyd was already in business making probe droids, and the clones acted just like they should: brave and fearless! The droid-humor in this episode was a great diversion of the fascist-like invasion of the Separatist droids of the Lurmen village. And to see the “genesis-effect”-like superweapon creeping up alongside the shield generators was very eerie, and featured some great and threatening music.