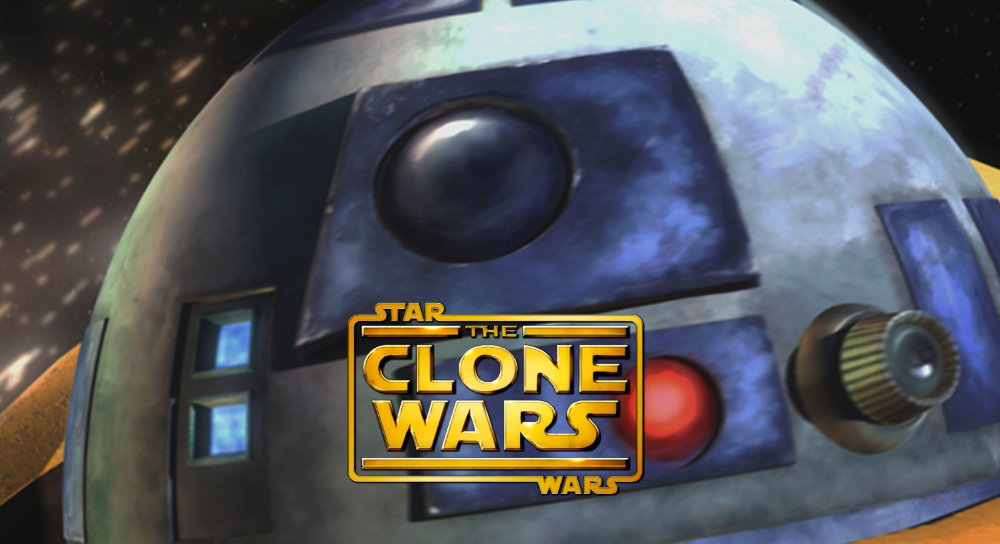 When The Clone Wars first aired back in late 2008, Lightsabre.co.uk guest reviewers looked at the show, giving their initial gut impressions on that groundbreaking first season – but not every review was completed, and so those reviews written at the time were never published. In a new article written for Fantha Tracks, Carl Bayliss looks back at the sixth episode of season one – Downfall of a Droid.

“Trust in your friends, and they’ll have reason to trust in you.”

After suffering a series of disastrous defeats at the hands of General Grievous, the Republic’s foothold in the Outer Rim is in jeopardy.

Commissioned to protect the strategic world of Bothawui, Anakin Skywalker and his weary battle group are all that stands between the system and domination by the droid army….

Downfall of a Droid focuses on that most trusted companion, R2-D2 and his relationship with Anakin.

The episode starts with hints of the frustration Anakin has with Obi-Wan “holding him back” as they disagree over the best way to handle the incoming Separatist attack.

When the attack by General Grievous (using an asteroid field for cover, where have we seen THAT before?) is thwarted by Anakin’s strategy, all seems to point to a great victory for the Republic. However, in the aftermath, Anakin’s Starfighter is damaged and Anakin wakes in the medical bay of his cruiser he is informed that R2 was nowhere to be seen in the damaged ship.

Anakin then admits that he had not followed protocol and had R2’s memory wiped so if the droid has fallen into the hands of the enemy, details of their bases and strategy would be lost to the Separatists and the Republic army compromised. Anakin and Ahsoka set off with their replacement astromech, R3-S6 (or Goldie as Ahsoka christens him) and they board a scavenger ship owned by a Trandoshan, Gha Nachkt (voiced by Ron Perlman). Nachkt leads them to the hold where he says he has several astromechs, and Anakin thinks he hears R2 beeping, but in an attempt to open the door, R3 inadvertently activates two IG assassin droids, who are much more agile and deadly than the cameo appearance of IG-88 in Empire would have you believe.

Upon dispatching their assailants, they open the door only to find a disgruntled Nachkt and Ahsoka concludes that R2 isn’t on board. Figuring that the droid must be valuable for two Jedi to have been sent to reclaim it, no sooner have they left then Gha contacts General Grievous to offer him for sale.

R2 manages to escape and although he manages to flush another IG assassin out of an airlock, he is soon recaptured.

Anakin is convinced that the Separatists have a listening post somewhere in the region and goes in search but having reluctantly taken R£ along for the ride, the hapless droid activates the homing signal, making his location visible to Grievous. Goldie further frustrates his master by almost getting him killed as they try to escape in a series of events that make it seem like the droid is actually incompetent. Rex and Ahsoka manage to rescue them just in time, much to the frustration of Grievous.

The episode packs in a lot of action and it’s really good to see the Clone Wars expanded on in this way, with skirmishes in different parts of the galaxy playing out as they would in a real world conflict. Even this early on in the series, Ahsoka seems to be the optimistic foil for the darker, brooding Anakin, which will presumably develop further as he becomes more frustrated with the Jedi, obviously coming to a head in Revenge of the Sith. There are several nods to classic characters as well, with the Trandoshan Gha Nachkt (the same race as Bossk) and the IG assassin droids featured. I hope we’ll see more of these tertiary characters explored to a greater degree as the show progresses as there is clearly potential for some of the same species to crop up in different scenarios.

Star Wars: The Clone Wars - Season 1 [Blu-ray]
$93.49
Buy on Amazon This is a paid link. Learn More. Clicking the link may take you to the Amazon store servicing your country Price incl. tax, excl. shipping.  Details correct as at: 2021-07-27