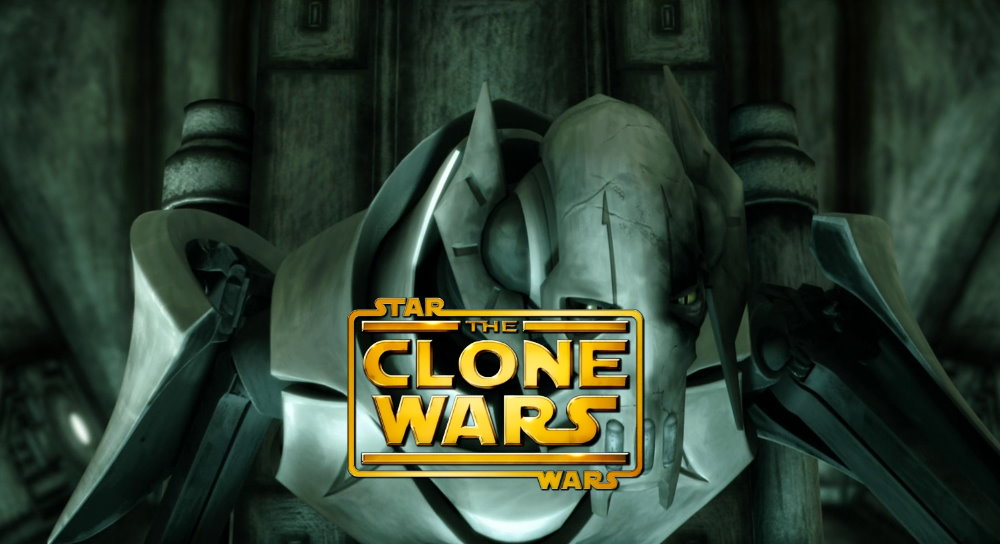 When The Clone Wars first aired back in late 2008, Lightsabre.co.uk guest reviewers looked at the show, giving their initial gut impressions on that groundbreaking first season – but not every review was completed, and so those reviews written at the time were never published. In an article written in 2008 for Lightsabre, Lukasz Mlotkowski looks back at the tenth episode of season one – Lair of Grievous.

“Most powerful is he who controls his own power.”

Viceroy Gunray escapes! En route to Coruscant to stand trial for war crimes, evil Separatist leader Nute Gunray has broken free of his Jedi escort. With the help of Count Dooku’s sinister agents, the villainous viceroy has made a daring getaway.

Alerted to the bold prison break, Jedi Master Kit Fisto has traced the stolen ship to a remote system, hoping to recapture Gunray and return him to justice.

Lair of Grievous is the 10th episode in season one of The Clone Wars animated series, and – at the same time – the last one to air in 2008. Penned by Henry Gilroy, author of several Star Wars comic books, and directed by Atsushi Takeuchi, Lair… focuses chiefly on the character of the infamous droid commander, who is forced to prove his worth to the Separatist leaders.

With Grievous suffering defeat after defeat at the hands of Republic forces, his usefulness becomes questionable in the eyes of both Count Dooku and Lord Sidious. Following Viceroy Gunray’s daring escape a plot is set in motion to test whether the Droid General is indeed worthy of his honours. A beacon is placed on Gunray’s ship, which then travels to the distant world of Vassek. There, lured by the signal, Jedi Master Kit Fisto and his former Padawan Nahdar Vebb, venture deeply into what appeared to be a shrine dedicated to an unknown warrior. Little do they know they are walking right into a trap, becoming pawns in Count Dooku’s game.

Lair of Grievous features a rather intricate plot, the main focus of which does become not apparent until about one-third into the episode. While at first the story seems to mainly dwell upon the exploits of the two Jedi, exploring the master-student relationship between them, it soon becomes clear they are merely a part of a much larger intrigue. It is actually the droid general himself who is the main (anti)hero of the episode. Ultimately, the trap is meant for him, and while he is forced to use every bit of skill to escape the Jedi and the clones, the Separatist general faces his past and we are offered a brief glimpse into his life before his transformation.

This well-constructed story is accompanied by dynamic and involving footage, featuring great moments of suspense and terror. Grievous’s operation, though brief on the screen, is full of pain and suffering, as we see flesh fused with machine. His brutal duel with Nahdar Vebb and the shocking outcome is presented in a cold and calculated, yet terrifying fashion. Finally, Grievous faces a true Jedi Master in what has to count as one of the most exciting and dynamic lightsaber duels throughout the first season of The Clone Wars.

While on a general level both of the above aspects seem to be working fine, one cannot escape a feeling that the events are being rushed and depth of narrative is often sacrificed. Nahdar’s fate is predictable and its significance is quickly lost, as his character is rather shallow – as if a mere placeholder for a set of target emotions. It is clear the dramatic potential in Lair of Grievous, which owes a lot to the use of grotesque imagery rather untypical of Star Wars, could indeed be better realised, however it still remains – in my opinion – one of the most enjoyable TCW episodes.