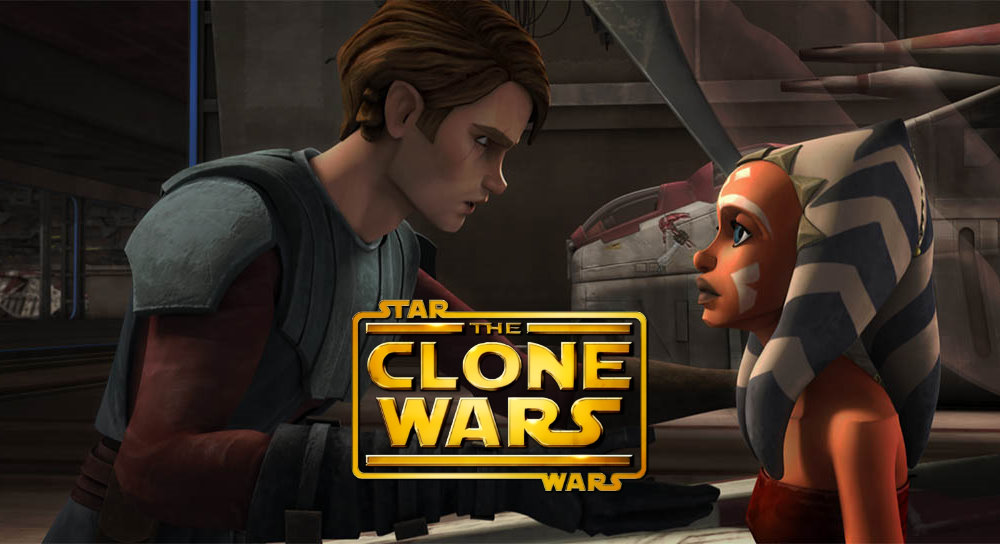 When The Clone Wars first aired back in late 2008, Lightsabre.co.uk guest reviewers looked at the show, giving their initial gut impressions on that groundbreaking first season – but not every review was completed, and so those reviews written at the time were never published. In an article written in 2009, Mark Newbold looks back at the nineteenth episode of season one – Storm Over Ryloth.

“It is a rough road that leads to the heights of greatness.”

Planet Ryloth invaded! Subjected to a brutal droid occupation, the people of Ryloth are starving under the blockade of a Separatist fleet. Evil Separatist leader Wat Tambor now rules with an iron fist.

Answering a plea from the Senate, the Grand Army of the Republic mounts a bold offensive to liberate the system. It is up to Anakin Skywalker and his Padawan Ahsoka to make way for Obi-Wan’s ground assault.

A life lesson for Ahsoka Tano as she discovers that despite having grown and advanced a lot in her time as a Padawan, much to learn she still has…

In this exciting opening part of the Ryloth trilogy, Ahsoka is put in charge of a squadron of clone pilots and attacks a Separatist vessel. Disobeying orders, her men are killed or injured and Admiral Yularen – someone Ahsoka clearly looks up to and admires – is injured as a result.

It’s an interesting parallel to view. The young, brash, almost arrogant Ahsoka, so sure she is doing what is right squared against Anakin, an equally cocksure individual.

Yet there is the prime difference to consider. While Ahsoka will clearly – we hope – develop into a great Jedi, she isn’t The Chosen One like Skywalker. Anakin has a streak of luck, good fortune, raw talent, call it what you will that gets him through situations. Much like Obi-Wan, Ahsoka needs to rely on skill, cunning and rules to make her way.

Focusing on the world of Ryloth and her subjugation under the heel of the Separatists, it’s interesting to view them in something other than a negative light. We have seen a major domo in Bib Fortuna, and slaves in The Phantom Menace and Oola in Return of the Jedi. Here we see a broken and downtrodden people, yet another spin on what we have seen before.

As ever the action is key in the episode, and Storm Over Ryloth doesn’t disappoint. From space battles on a huge scale to smaller action sequences, the cinematic aspect of the show shines through.

Anakin also grows in this episode, bearing the burden of Ahsoka’s error and allowing her to gain confidence from her mistake by taking it, refining it and using it in the end attack, along with the reappearance of Yularen. Ahsoka is a wise young soul and readily accepts her mistakes. We know she won’t be so foolish again.

Yet another quality entry in season one, Storm Over Ryloth continues what has been a very strong opening season for The Clone Wars, something sure to continue into season two and beyond.

Star Wars: The Clone Wars: Season 1
$8.97
Buy on Amazon This is a paid link. Learn More. Clicking the link may take you to the Amazon store servicing your country Price incl. tax, excl. shipping.  Details correct as at: 2021-05-09