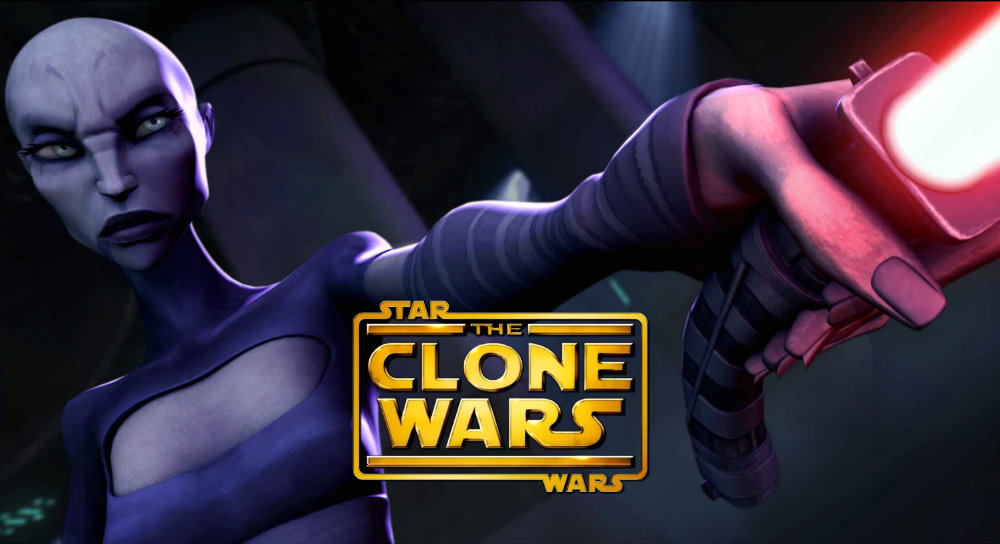 When The Clone Wars first aired back in late 2008, Lightsabre.co.uk guest reviewers looked at the show, giving their initial gut impressions on that groundbreaking first season – but not every review was completed, and so those reviews written at the time were never published. In an unpublished article written in 2008, Pete Svab looks back at the sixteenth episode of season one – The Hidden Enemy.

“Truth enlightens the mind, but won’t always bring happiness to your heart.”

A planet under siege! Separatist forces mercilessly batter the beautiful and elegant world of Christophsis. Unable to defend themselves any longer, the people of Christophsis call upon the Jedi for assistance.

Hoping to save lives and prevent further destruction, Obi-Wan Kenobi and Anakin Skywalker plan a daring ambush that can turn the tide in the fight for this crucial star system….

The Hidden Enemy is a terrific example of why Star Wars and an animated television series are a perfect fit – and why that fit is entitled The Clone Wars. The episode centres on the clone commanders – Commander Cody and Captain Rex – discovering a traitor in their midst on a Republic base on the planet Christophsis. Tasked by the Jedi to ferret out the turncoat, the commanders begin a cat-and-mouse investigation, setting traps and using their razor sharp instincts and military training to complete their mission.

The episode succeeds on several levels. First, it serves as a window into the inner dynamics of the Republic clones – this is the Clone Wars after all! Not only do we get to see Rex and Cody in action without playing second-fiddle to the Jedi, but we also get to glimpse the world of the “average” clone. The main suspects are a squad of troops – Chopper, Sketch, Punch, Gus and Jester – who are under the direct command of Sergeant Slick. Besides their individual haircuts, we come to better understand that each clone is indeed unique, with personal idiosyncrasies. Second, the episode maintains a suspenseful tone throughout – something not usually associated with Star Wars: The Clone Wars. There’s some truly exciting moments and thrills as Rex and Cody chase the suspect through the halls of the base only to lose him in the mess hall. Also, the episode has a really solid B-story with Obi-Wan and Anakin infiltrating a Separatist Command Base elsewhere on the planet. The base is eerily unguarded, and the Jedi become more wary as they realize they’re being followed… until they are finally confronted by Asajj Ventress and the trap is sprung. We learn Asajj had planned this entire thing, and that the plot is much bigger than one rogue clone trooper.

The Hidden Enemy is full of ulterior motives, deception and misdirection… all the hallmarks of an excellent episode of television! And even though it is certainly not a traditional “action” oriented episode, it still has some terrific action sequences. The episode opens with Anakin leading a daring rescue of Obi-Wan and his clones, who are ambushed in a high rise while staking out their own ambush of a battle droid battalion in the plaza below. The episode has some fantastic moments for the hardcore fan as well. For instance, during the opening ambush sequence, right before the clones and Jedi are airlifted to safety, Trooper Gus pulls off the head of a Separatist Tactical Droid. Rex and Cody then extract information locked inside the head to discover how that the Separatists got the jump on them.

Star Wars fans had never seen a severed droid head used this way before, so it adds something to the overall lore of the universe while also kicking off the main plot of the episode.

Finally, the episode does an excellent job of staying on task. It doesn’t wander off on tangents or shoehorn in corny jokes or extraneous characters. The plot is tight and doesn’t resemble a piece Swiss cheese. Fan favorites Rex and Cody finally get their due as characters, and we come to understand why Obi-Wan and Anakin value them as commanders. Lastly, the episode was actually a prequel to The Clone Wars movie – and it’s worth watching it a second time with this in mind.