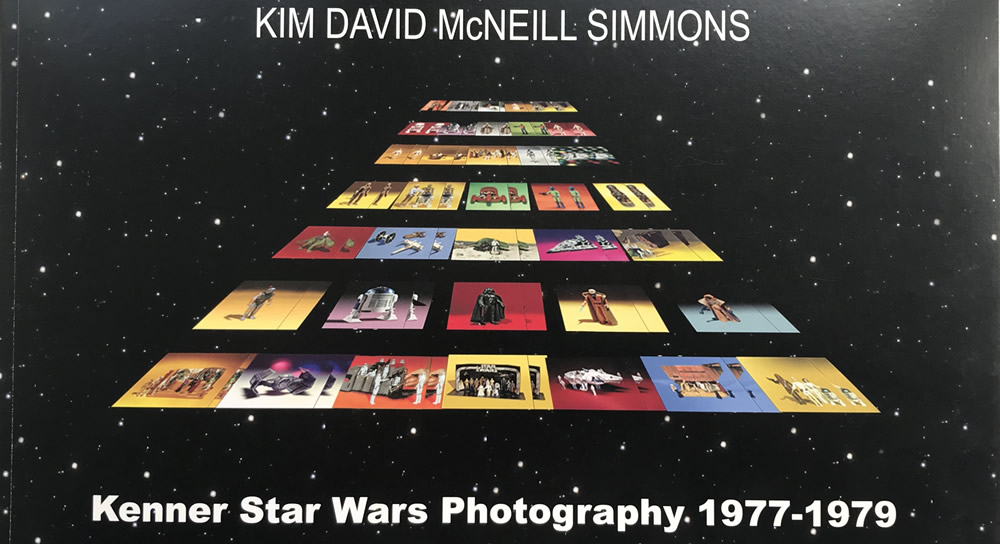 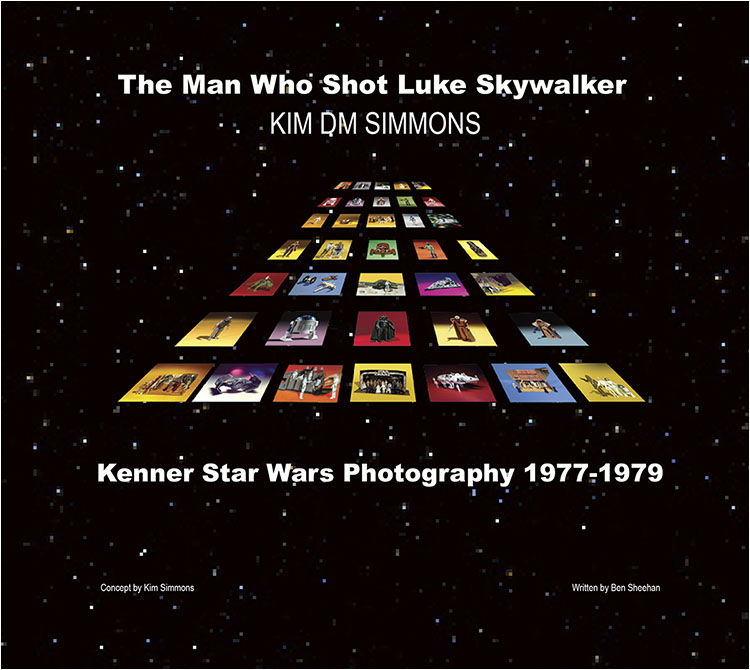 Volume 1 of a planned multi-Volume set of books to culminate with a custom slip cover.

The Man Who Shot Luke Skywalker, or Kim Simmons as he is known more formally, has shipped copies of his latest book around the world and the results haven’t disappointed.  Measuring 11″ x 12″ and containing 114 pages of high quality images this book is a must for anyone interested in the Kenner toy production process and especially in the artwork contained on the cardbacks, vehicles and the like.

As stated in the introduction, this book is not just better quality photographs of the images we’ve seen of the Kenner toys online, but rather

“Vol 1 is filled with test shots, air-brushed shots, final shots and printed material.  We wanted you to not only have the beautiful final images to enjoy, but to also see how those particular images were created for the final product.” – Kim Simmons

The book is divided into logical sections beginning with an introduction to photography a logo design, heading through the first 12 and early vehicles, passed the diecast and large size action figures, off to the next 8 figures and finally ending with the infamous Rocket Firing Fett and New York’s toy fair.  All the images in this book were taken by Kim’s boss, Roy Frankenfield, and the images have survived due to Kim’s diligence in preserving rolls of film from a watery basement. 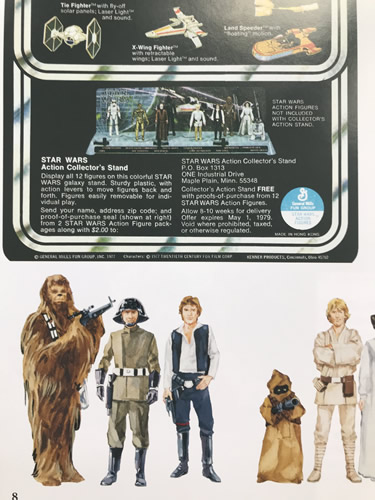 Ben Sheehan, notable vintage toy collector and pre-production enthusiast, is responsible for the textual journey and he begins discussing the importance of John Ham’s artwork on the various Kenner products such as the Early Bird Certificate and the 12back card.  It is fascinating to read the pressure that all these guys were under back then and how quickly they had to work in order to meet the demand.  Ben’s easy to read explanations made the reader look 2 and 3 times at the images in order to fully understand what is going on there.

3D pre-production collectors will be delighted as high quality examples of photo samples are shown and their role explained in the overall process.  The text and images work very well together and help to explain some of the more technical aspects of toy creation in layman’s terms. 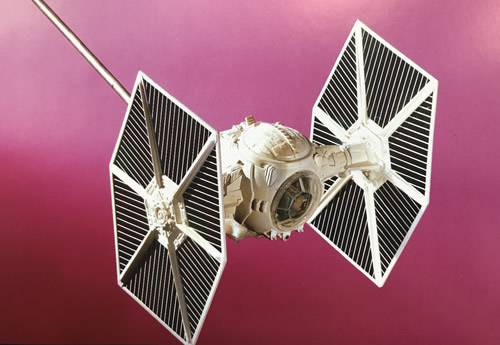 We next move onto the early vehicles with the landspeeder, TIE Fighter and X-Wing.  Explanations as to why figures are holding incorrect weapons, why certain figures are in incorrect vehicles and more are all given.  Answers to questions you haven’t even thought about after looking at these images for over 40 years! It cannot be underestimated in how the attention to detail in the toy packaging ultimately got these products onto store shelves and catalogues. 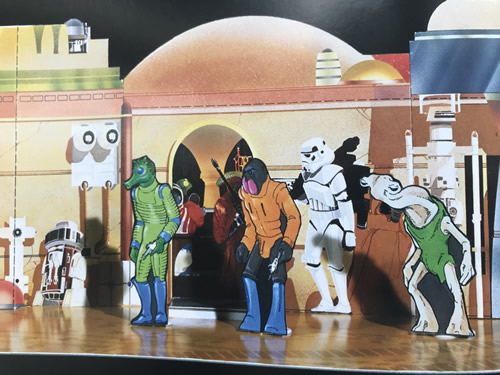 As well as popular toys such as the Millennium Falcon, diecast vehicles and the Large Sized Action Figure range, we also look at some lesser known products such as The Sears Cantina Adventure Set.  Even a smaller product like this receives a lot of attention to detail and although we all know about Blue Snaggletooth, how many knew about his black boots?

There are surprises throughout this book that I don’t want to spoil for those eagerly awaiting for their book to arrive, but a real surprise to me was that Boba Fett was not the first toy to originally feature a rocket firing mechanism in the Star Wars range! 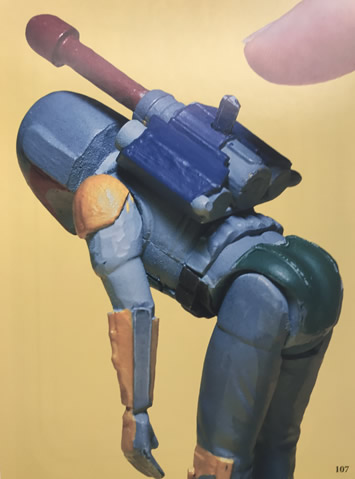 This book is a perfect, easily digestible first volume, in an area of toy packaging and design that has captured our imaginations for 40 years.  If you’re struggling to buy a Christmas gift for the toy collector who has everything, then this is the item that you are looking for – they will not be disappointed.

To order, or to ask questions, then check out Kim’s website here. For only $50 you get a lot for your money. Kim teases that a further two volumes will be planned to cover The Empire Strikes Back and I can see quite a few more needed to complete the full saga!