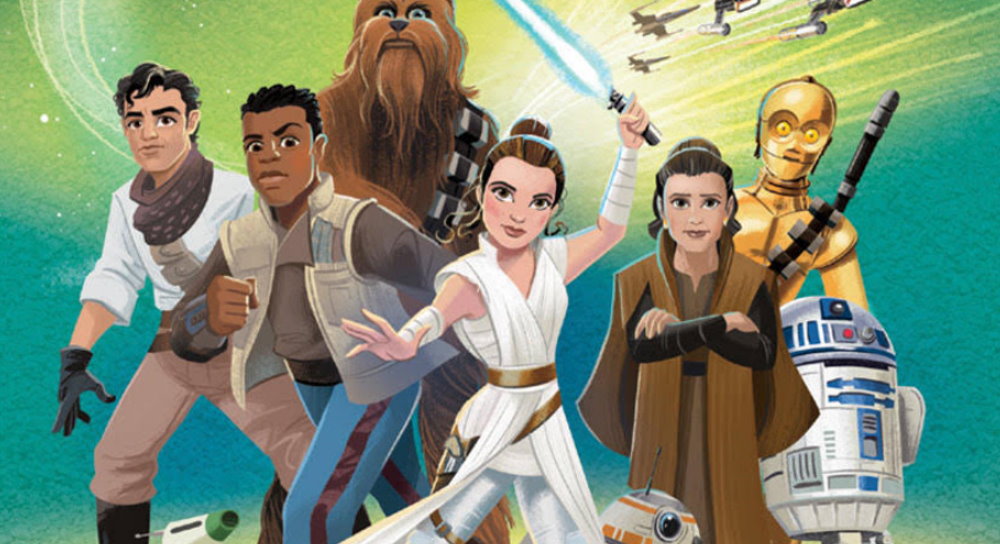 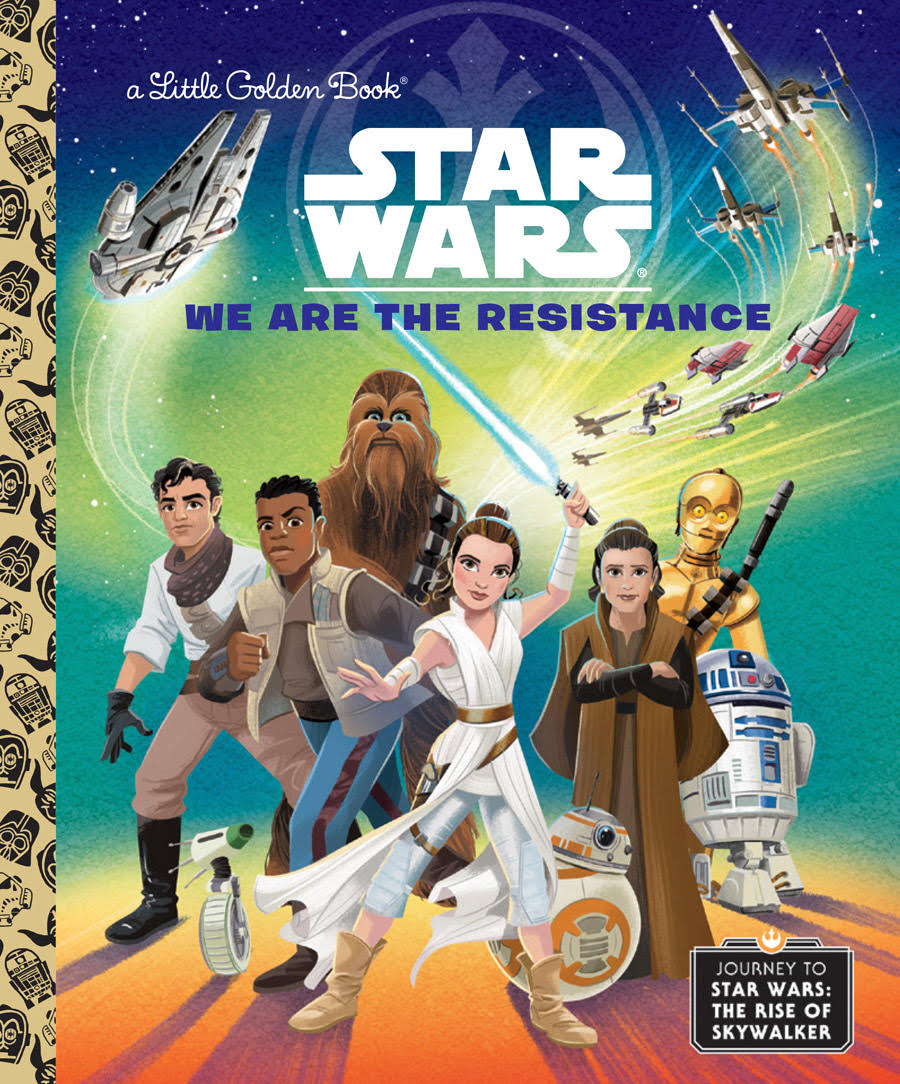 Little Golden Books: Star Wars: We Are the Resistance

Can Rey, Finn, Poe Dameron, General Leia, Chewbacca, and the Brave Resistance save the galaxy from Kylo Ren and the evil First Order? Featuring stunning retro illustrations, this Little Golden Book is perfect for Star Wars fans of all ages!

Star Wars has captivated millions worldwide for almost forty years. The phenomenon began with the 1977 theatrical debut of Star Wars, later retitled A New Hope, and has expanded to include six additional major motion pictures (The Empire Strikes Back, Return of the Jedi, The Phantom Menace, Attack of the Clones, Revenge of the Sith, The Force Awakens, The Last Jedi, Solo: A Star Wars Story, and The Rise of Skywalker), television programming, publishing, video games, and much more, with new films coming every year.

Little Golden Books has included another addition to their growing Star Wars library with “We Are the Resistance”. The book remains to true form with their previous books with precise and well-paced prose combined with wonderful artwork. 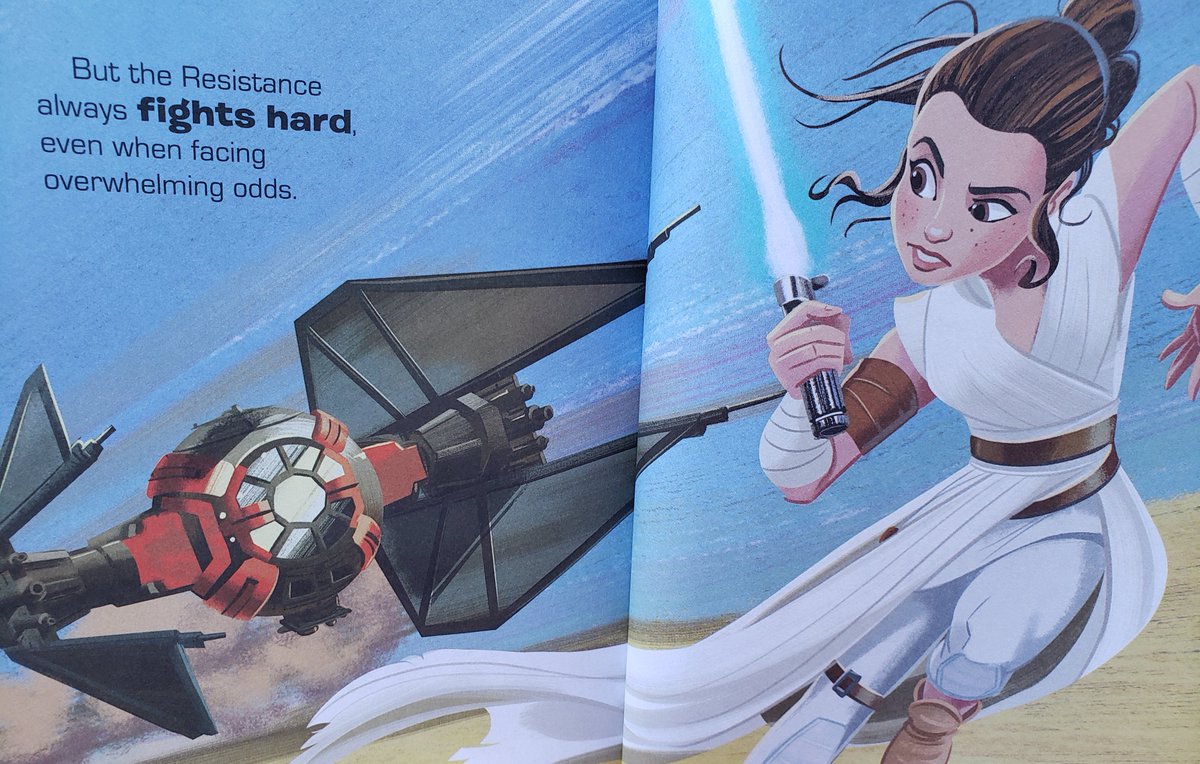 The story covers familiar characters and events and leads right up to the upcoming “Rise of Skywalker” chapter in our favorite saga. Elizabeth Schaefer covers the past, present, and future state of “The Resistance” without spoiling the conclusion to the Skywalker saga. The book’s build-up to the new movie includes a lot of what we have already viewed in the trailers. New “Resistance” characters such as Zorii, D-O, and Jannah make an appearance as well as the Knights of Ren. Additionally, a space battle featuring Kylo Ren’s Whisper (name not confirmed) TIE Fighter and the “Pasaana Speeder Chase” are also featured in the pages involving the “Rise of Skywalker”.

Alan Batson’s artwork is brilliant in design and color. Each character was easily recognizable by my four-year old Padawan. He enjoyed the book so much that we had read it three times in a row. 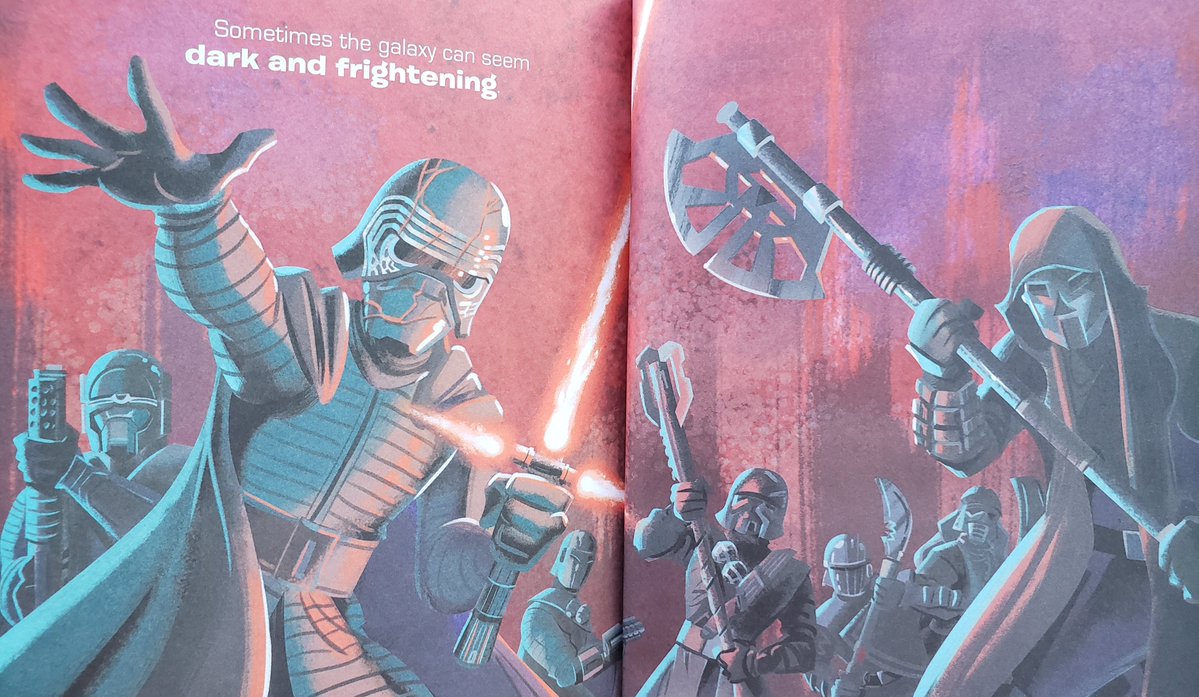 Although it is not the fault of the book, I am a bit disappointed now that I am down to only one Padawan to share the series with. My older Padawan has outgrown them and has moved on to higher level reading. Time just seems to race by.

Anyway, the book should be a welcome addition to your Star Wars library regardless of age.