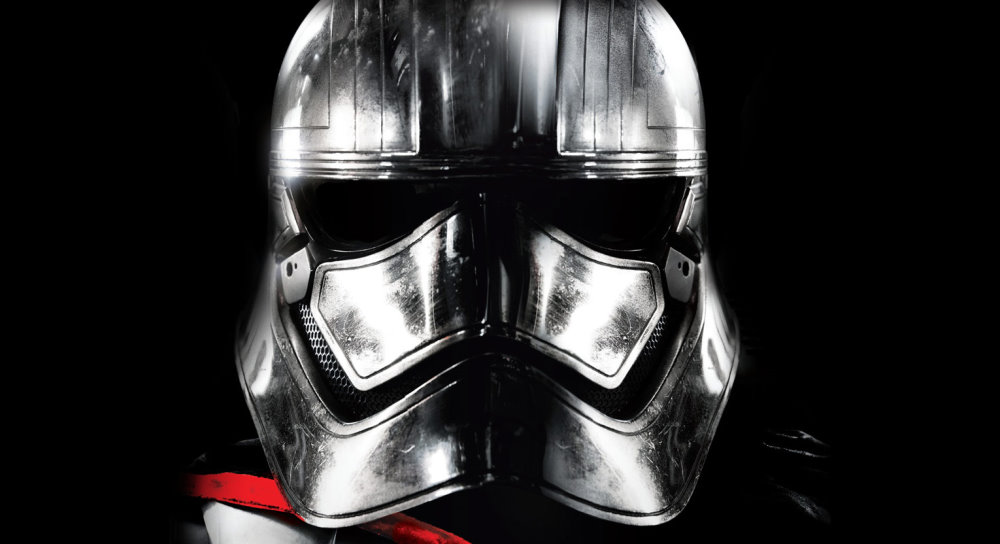 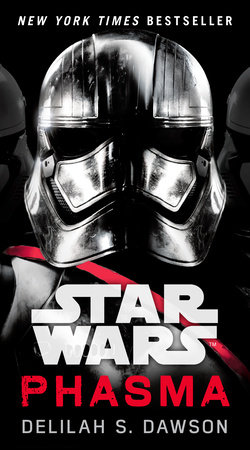 One of the most cunning and merciless officers of the First Order, Captain Phasma commands the favor of her superiors, the respect of her peers, and the terror of her enemies. But for all her renown, Phasma remains as virtually unknown as the impassive expression on her gleaming chrome helmet.

Now, an adversary is bent on unearthing her mysterious origins—and exposing a secret she guards as zealously and ruthlessly as she serves her masters.

Deep inside the Battlecruiser Absolution, a captured Resistance spy endures brutal interrogation at the hands of a crimson-armored stormtrooper—Cardinal. But the information he desires has nothing to do with the Resistance or its covert operations against the First Order.

What the mysterious stormtrooper wants is Phasma’s past—and with it whatever long-buried scandal, treachery, or private demons he can wield against the hated rival who threatens his own power and privilege in the ranks of the First Order.

His prisoner has what Cardinal so desperately seeks, but she won’t surrender it easily. As she wages a painstaking war of wills with her captor, bargaining for her life in exchange for every precious revelation, the spellbinding chronicle of the inscrutable Phasma unfolds. But this knowledge may prove more than just dangerous once Cardinal possesses it—and once his adversary unleashes the full measure of her fury.

Phasma, in my humble opinion, was badly represented in The Force Awakens. Not by the actress, (Gwendoline Christie was, and is, amazing), but by the plot. Hopefully though, thanks to this book, some of that balance will be restored. 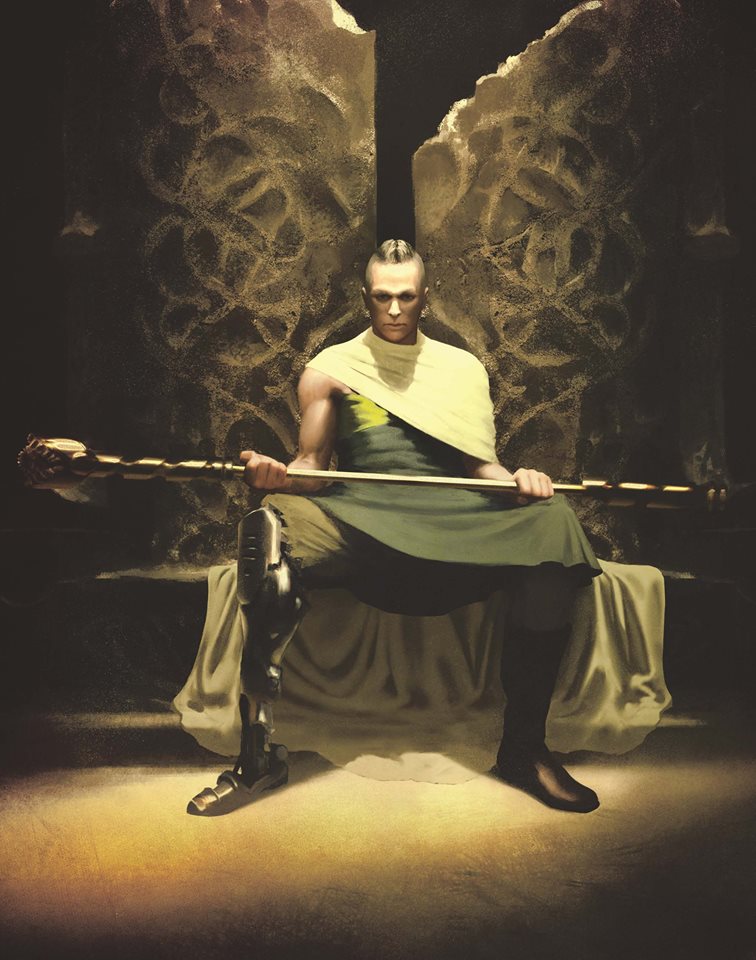 First off, I would like to say that before this novel I had not come across the writer Delilah S. Dawson before. She has written the Blud series, the Shadow series, (as Lila Bowen), Servants of the Storm, Strike, Hit and many short stories for comics. Based on this novel alone, I love her writing style. It’s easy, uncomplicated and it flows well.

Without spoiling the plot too much, and taking a few notes from the sleeve of the book itself, the novel deals with one man’s obsession with Phasma. This mysterious Captain Cardinal captures a very special rebel spy. This spy has been tasked by General Organa herself to find out as much as possible about the even more mysterious Captain Phasma. In short order, he tortures her and to stay alive she feeds him stories about Phasma’s past – all the time analysing him and trying to turn him to her cause and her way of thinking.

This game of cat and mouse plays out across the whole of the novel and while it does, we learn more and more about Phasma and her character. In essence, we see how driven she is and just how deadly she can be when backed into a corner. 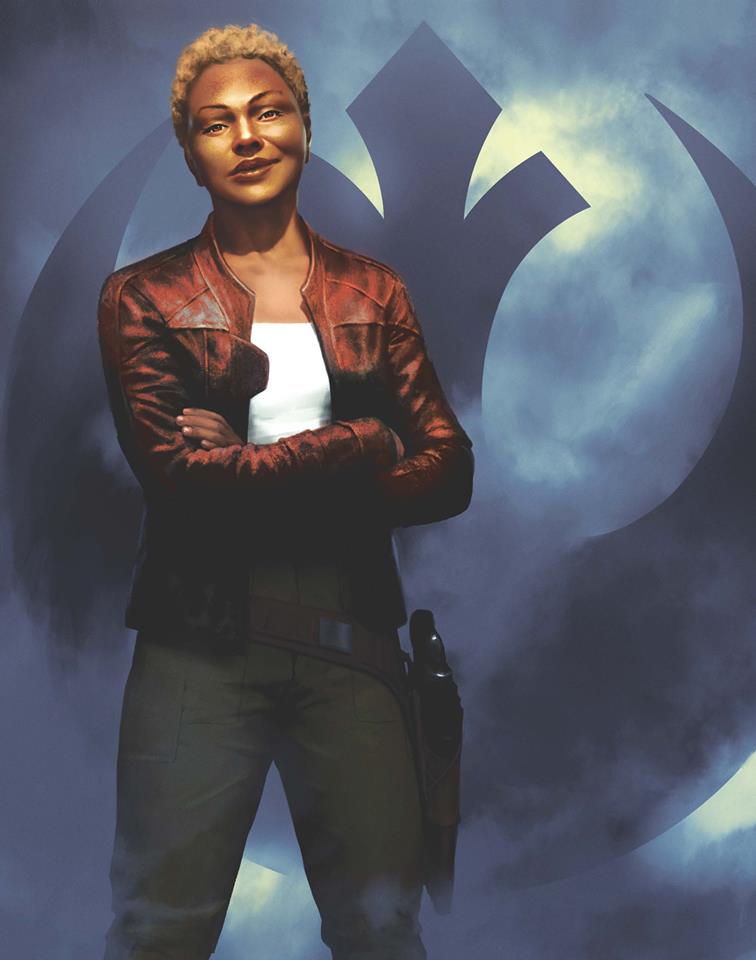 What I like about this book is that it doesn’t complicate things. In general, the plot deals with two main locations, an imperial star ship and an environmentally damaged planet. It doesn’t try to confuse us with too many characters either. As well as Phasma and the two other main characters, there are a few minor background characters, a couple of strong secondary characters and the two Generals Hux, (father and son). In the main, we see Phasma through the eyes of one of her ex-followers, Siv, and it is her that relays the history of the character through the stories that the rebel spy narrates.

By the time we come to the conclusion, we know all we need to about how deadly Phasma can be as both a combatant and a strategist. We also learn that she never forgives failure, even from herself. 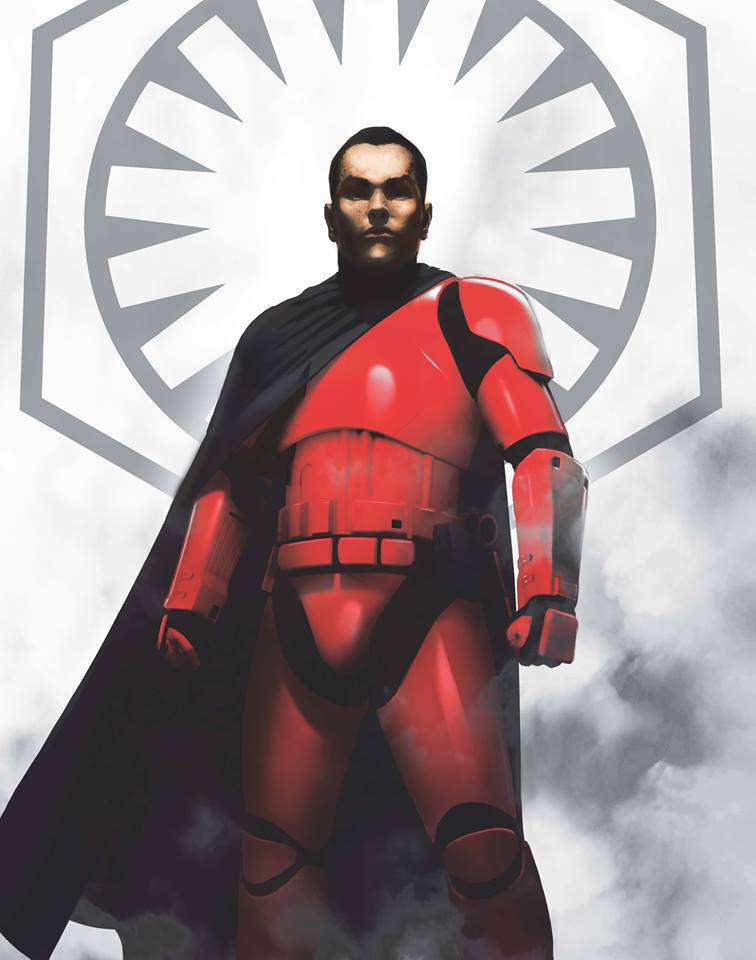 This novel turns a nearly one-dimensional movie character into a more rounded and thought out person. We may not agree with all she does, but we can see through the stories that she has a reason for doing it, and woe betide the person that underestimates her keen intelligence and cold anger. This book is a great read, I love it and I have started to read it again just in case I missed anything.

Total read time was perhaps three hours without skipping, so it is one of those books you could take away with you on holiday, or read on the train – if you had a big enough bag to carry it. As a fan of Star Wars, I feel it is essential reading and because it is part of the Journey to The Last Jedi series you should read it before seeing the movie.

The original version of this article was published on www.lightsabre.co.uk on 25th September 2017.