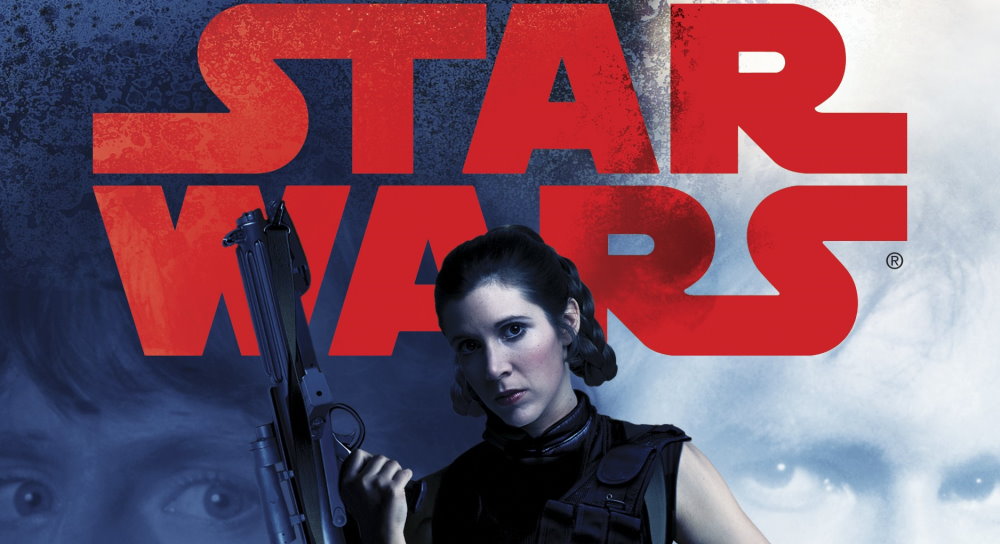 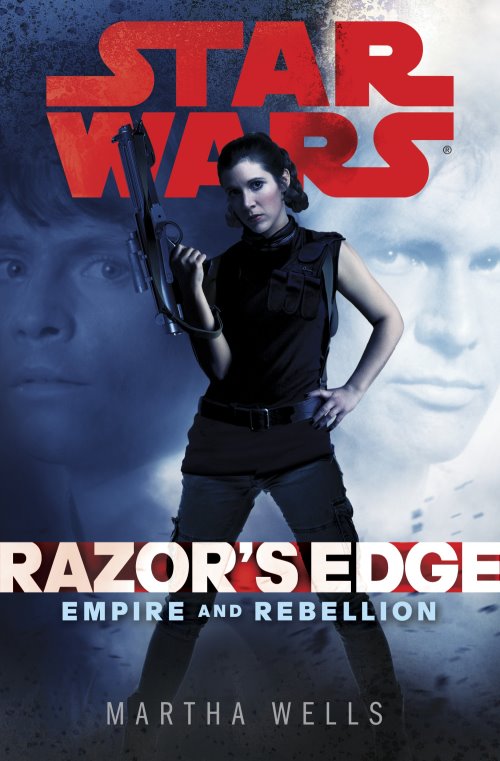 Times are desperate for the Rebel Alliance. Harassment by the Empire and a shortage of vital supplies are hindering completion of a new secret base on the ice planet Hoth. So when Mid Rim merchants offer much-needed materials for sale, Princess Leia Organa and Han Solo lead an Alliance delegation to negotiate a deal.

But when treachery forces the rebel ship to flee into territory controlled by pirates, Leia makes a shocking discovery: the fierce marauders come from Leia’s homeworld of Alderaan, recently destroyed by the Death Star. These refugees have turned to pillaging and plundering to survive—and they are in debt to a pirate armada, which will gladly ransom the princess to the vengeful Empire…if they find out her true identity.

Struggling with intense feelings of guilt, loyalty, and betrayal, Leia is determined to help her wayward kinspeople, even as Imperial forces are closing in on her own crippled ship. Trapped between lethal cutthroats and brutal oppressors, Leia and Han, along with Luke, Chewbacca, and a battle-ready crew, must defy death—or embrace it—to keep the rebellion alive.

After the over-the-boards success and widespread acclaim of Kenobi there’s a higher level of expectation weighing down upon the first chapter of the Empire and Rebellion series Razor’s Edge. Luckily for the reading audience, Martha Wells gets the series off to a great start.

Having not read any of Martha Wells’ previous novels I went in not knowing what to expect, as every author has their own sensibilities and styles, but Wells has an easy to read flowing style that swiftly latches on to the characters core traits and makes the read a smooth experience. As a former fan fiction writer she’s well versed in exploring points, expanding upon them and fleshing them out, and that’s what she does here as the story expands on Leia’s regrets and sense of loss after the destruction of Alderaan, much like Brian Woods is doing over at Dark Horse with his Star Wars title. It’s clear early on that Leia is the focus of this first chapter in Empire and Rebellion, and given its place in the timeline there couldn’t be a better period to explore the last Princess of Alderaan. Wells clearly ‘gets’ Leia, in the same way Jackson got Kenobi and Stover got Anakin Skywalker. We read the book from her point of view, focusing on the very things Leia would turn her lasers on to. Early in the book she is huffing and puffing at Han Solo, who is portrayed in a very fresh and different manner, not the brash, wise-cracking cocky pilot it’s all too easy to write but a more thoughtful and attentive character, albeit a hen-pecked husband who can’t do right for doing wrong. It’s funny to see that it’s Leia who has fallen into the habit of raising an eyebrow before Solo has even had the chance to do something crazy.

The novel concentrates very much on Leia, Han and to a lesser degree Luke as they attempt to secure supplies vital to the completion of Echo Base. A somewhat rash on-the- spot decision by Leia throws the mission into jeopardy as she encounters some fellow Alderaanian survivors and from there the plot veers left into pirate territory as the Empire close in and Leia must balance her responsibilities to the survival of the Rebellion with that of her fellow Alderaan survivors, who have gone down a wayward path she is somewhat repulsed by. There’s no doubt this first chapter is a Leia story, and a strong one for it. While not twisting, dodging and weaving like a Timothy Zahn novel – who else can throw in as many curveballs as Zahn? – the more linear tale gives time to develop the bridge between Star Wars and Empire as Han and Leia confront and deny their attraction to each other and continue to build the bickering relationship we arrive at in Episode V.

The story is also complemented by a large number of female characters, unusual in and of itself and given the current high level of discussion on female fans quite pertinent. But the characters are strong, well drawn and developed and as such, while it could have easily felt like positive discrimination to have such a large female contingent, it doesn’t. The characters are exactly that – characters – and they serve the story well. In short, it’s not because they are female characters that they make the story better. And besides, it makes little difference to Leia if they are male, female, green, hairy, short or thin. She deals with all in an even manner, as befitting her training and status as a politician. 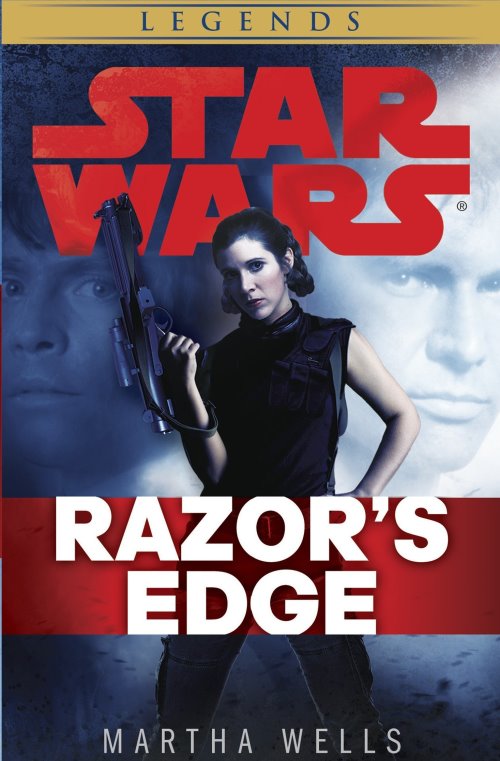 An interesting angle is the price of victory. Defeating the Empire in the Battle of Yavin and destroying the Death Star was the second major step in taking back the galaxy, but the audacity of that victory has led to the Empire is hunting them down, chasing them hard and making life more difficult than ever. Every victory is a precious one, even the seemingly small victories such as securing supplies, and it weighs on them throughout the book. Leia takes an awful risk doing what she does when they encounter the pirates, and it could have cost them dearly.

So, Razor’s Edge is a success, bridging the gap in Han and Leia’s relationship between Episodes IV and V and adding some on-the-nose characterisation to boot. The second chapter in the Empire and Rebellion series, Honor Among Thieves by James S.A. Corey can’t arrive quickly enough.