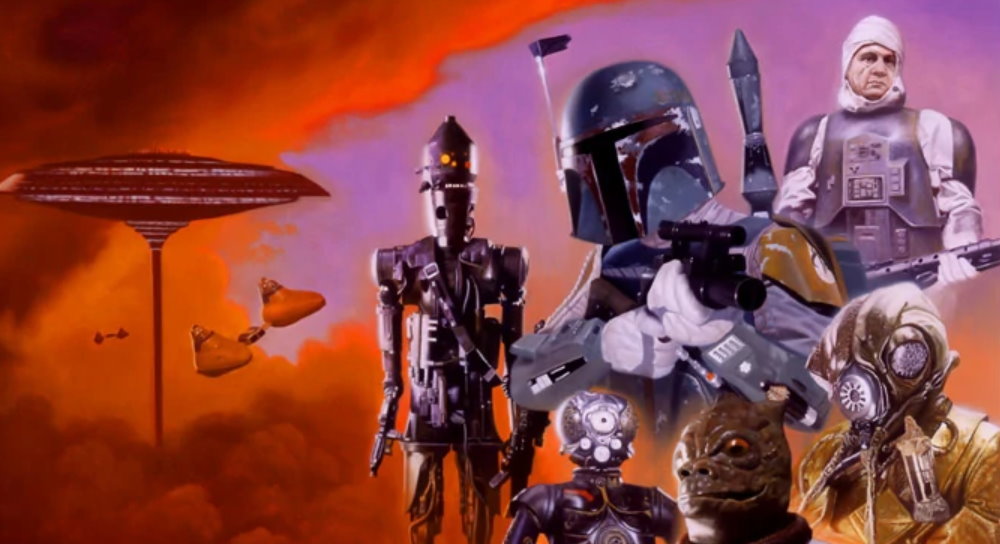 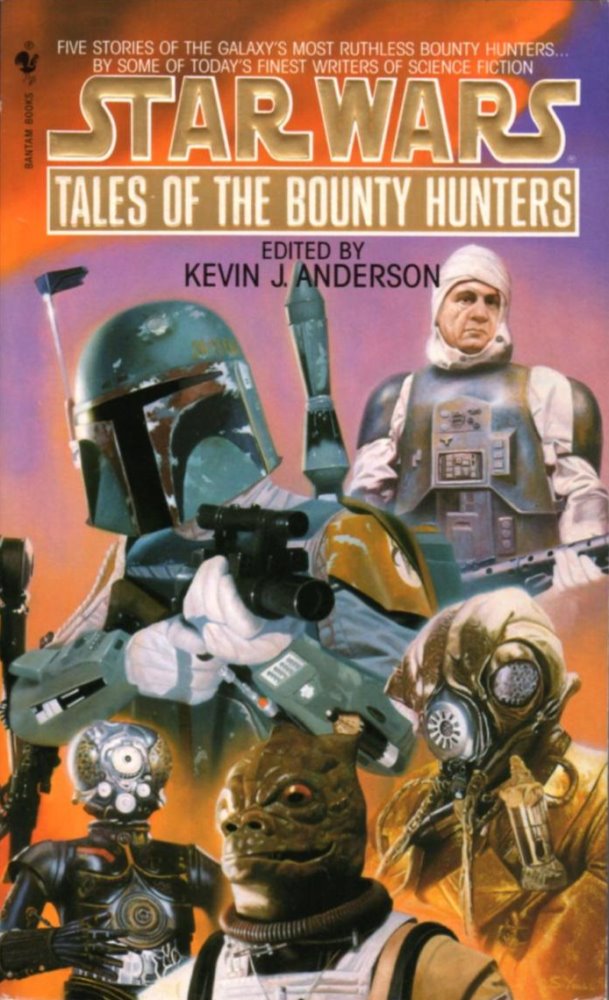 In a wild and battle-scarred galaxy, assassins, pirates, smugglers, and cutthroats of every description roam at will, fearing only the professional bounty hunters-amoral adventurers who track down the scum of the universe…for a fee.

When Darth Vader seeks to strike at the heart of the Rebellion by targeting Han Solo and the Millennium Falcon, he calls upon six of the most successful-and feared-hunters, including the merciless Boba Fett. They all have two things in common: lust for profit and contempt for life… 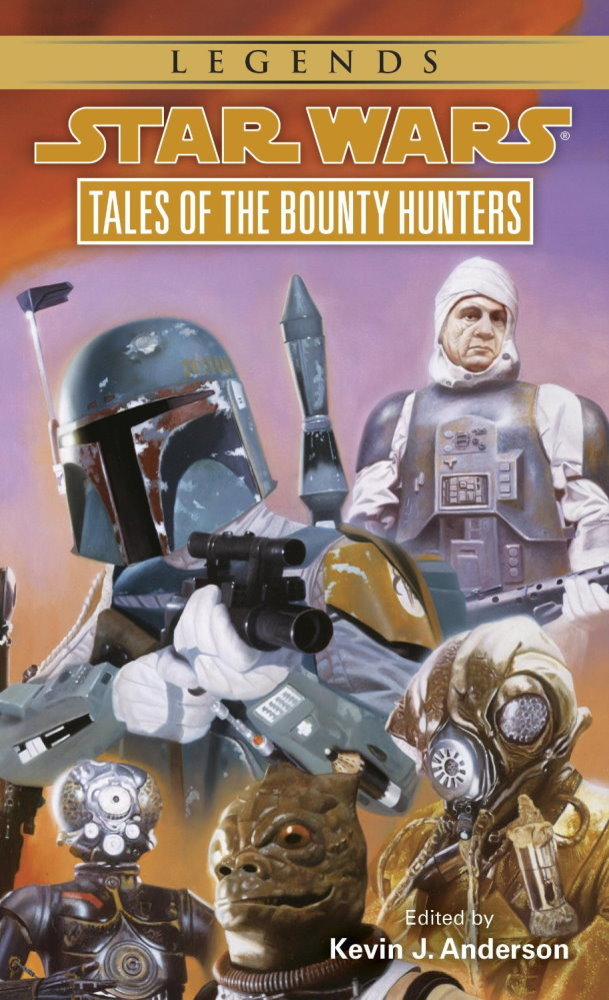 Tales of the Bounty Hunters should never have been written. None of the stories stand out, except maybe for the Bossk story and the last story involving Boba Fett (the last few paragraphs of which I think are absolutely fantastic). The majority of stories are just awful – the first one, with IG-88 as the main character, is one of the worst Star Wars stories I have ever read. The end of it had me holding my head in my hands and shaking uncontrollably.

The same goes for the Dengar story – the ending really was a travesty (you try not cringe when, at the end of the story, Dengar asks Boba Fett to do something for him). The other stories, though readable, are not fantastic. 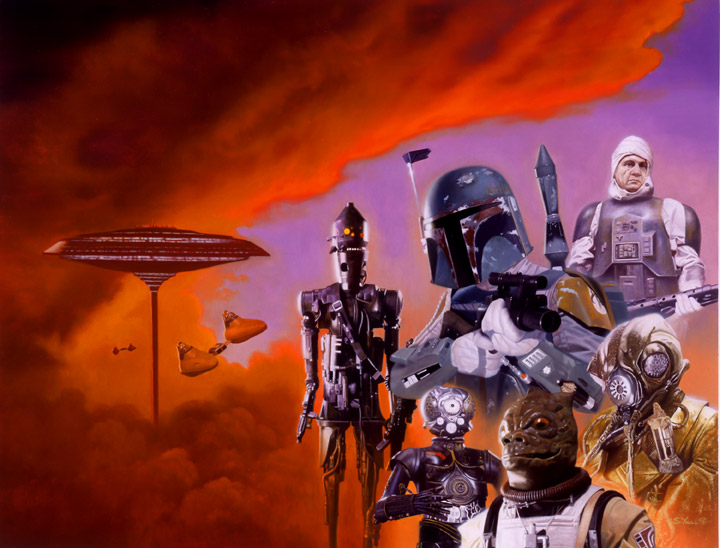 So overall? Well, a collection of short stories is a really good idea, but I can’t help thinking that authors are milking every drop of creativity from the celluloid Star Wars, trying to create their own little worlds in the small, inconsequential parts of the movies. I’m sure they are trying to write about something the reader can identify with, but I also think that fans out there have created so much stuff of their own that there are a thousand more stories to be told. The galaxy is a big place, after all.

I would recommend the books, although Tales of the Bounty Hunters should be bought tentatively, because there are only a couple of stories worth reading.