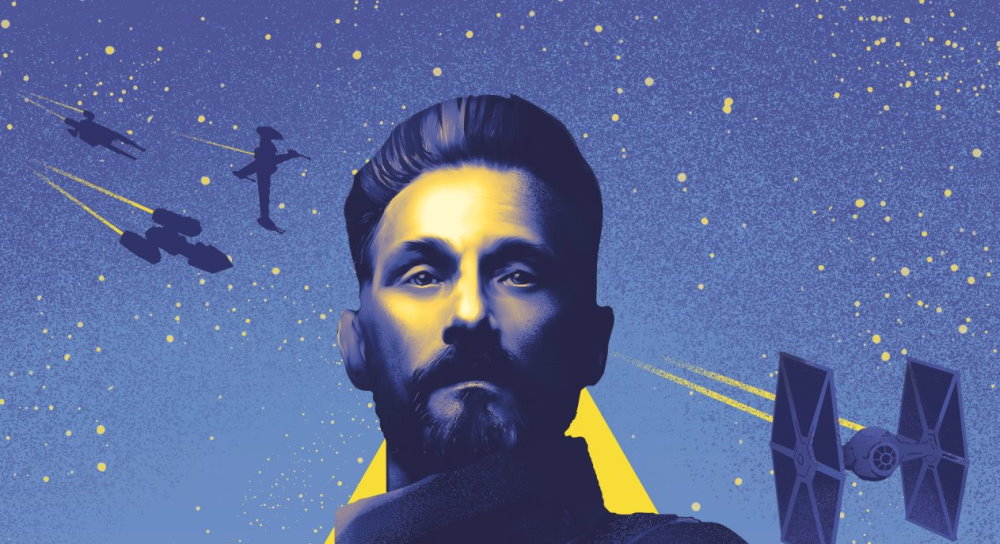 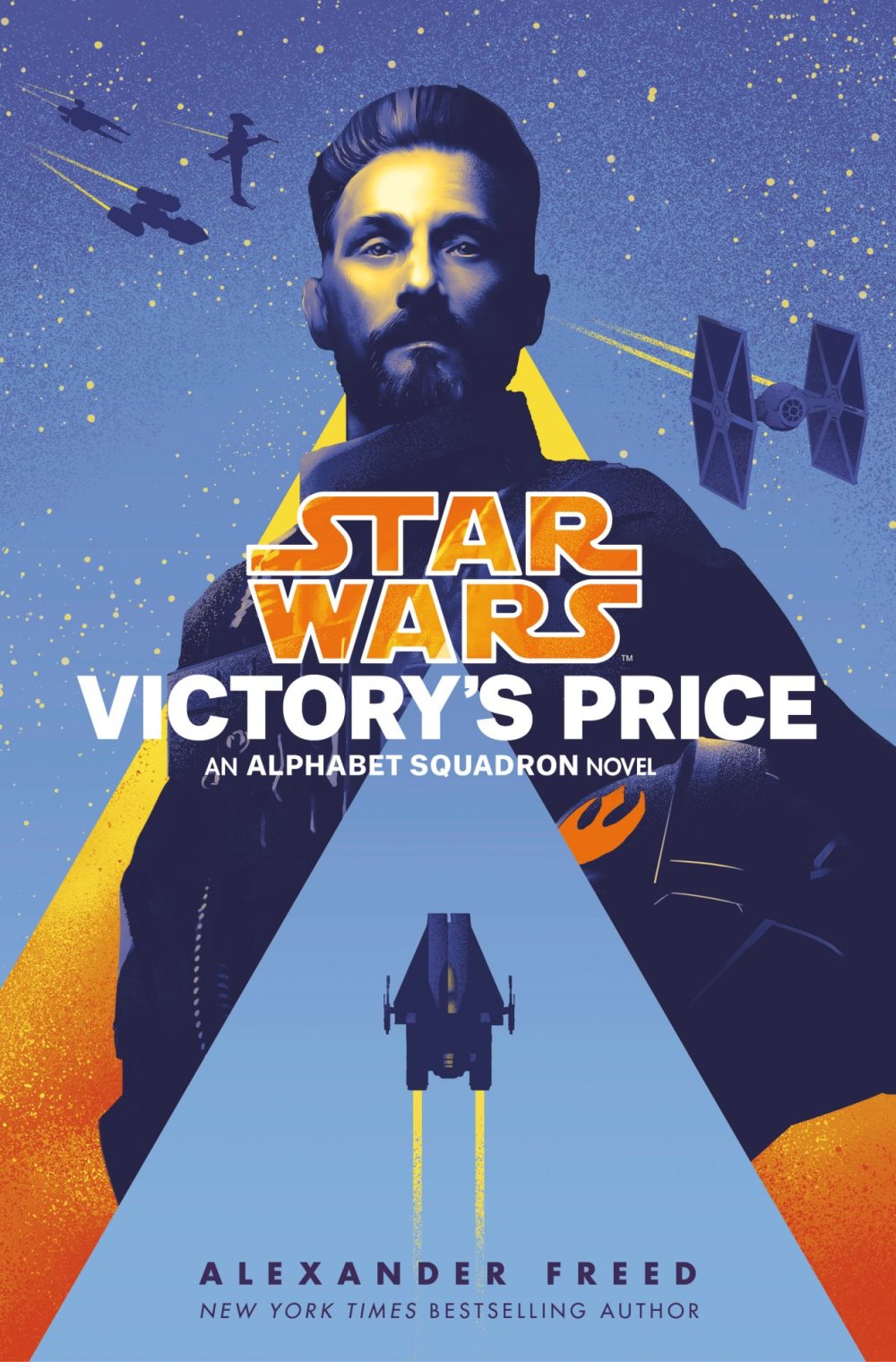 The aces of the New Republic have one final chance to defeat the darkness of Shadow Wing in this thrilling conclusion to the Star Wars: Alphabet Squadron trilogy!

In the wake of Yrica Quell’s shocking decision—and one of the fiercest battles of their lives—the remnants of Alphabet Squadron seek answers and closure across a galaxy whose old war scars are threatening to reopen.

Soran Keize has returned to the tip of Shadow Wing’s spear. Operation Cinder, the terrifying protocol of planetary extermination that began in the twilight of the Imperial era, burns throughout the galaxy. Shadow Wing is no longer wounded prey fleeing the hunters of the New Republic. With its leader, its strength has returned, and its Star Destroyers and TIE squadrons lurk in the darkness between stars, carrying out the fallen Emperor’s final edict of destruction—as well as another, stranger mission, one Keize has championed not for the dying Empire, but for its loyal soldiers.

Alphabet Squadron’s ships are as ramshackle and damaged as their spirits, but they’ve always had one another. Now, as they face the might of Keize’s reborn juggernaut, they aren’t sure they even have that. How do you catch a shadow? How do you kill it? And when you’re finally victorious, who pays the price?

Alexander Freed constructed a brick wall foundation, comprised of familiar Star Wars building blocks—X-wings, TIE-fighters, B-wings, Star Destroyers, and even strong references to other canon films and books—in his finale to the Alphabet Squadron trilogy. His details and nuances became the artfully blended sand and concrete mortar of camaraderie, fears, self-discovery, and PTSD experienced by the greatest New Republic and Imperial pilots in the galaxy, to complete the masterful journey.

The trilogy, at its most basic level, is Alphabet Squadron and The New Republic battling their arch-foes, the 204th Imperial Fighter Wing, also known as Shadow Wing. The nemeses are fighting a game-within-the-game, as the Imps attempt to destroy entire worlds enacting Operation Cinder, which has also been explained in the Aftermath trilogy by Chuck Wendig, and Chapter 15 of The Mandalorian, The Believer.

Victory’s Price, the final installment in the Alphabet Squadron trilogy, siphoned the desperation from the Rebellion escaping Hoth, and the intensity of the space battle above Endor, which Hera Syndulla and A-wing pilot Wyl Lark, critical characters in this story, both took part.

Lark even explains to Alphabet Squadron B-wing pilot, Chass na Chadic, how, after the Battle of Endor, in a true mic drop moment, he encounters Luke Skywalker during the celebration on the forest moon—confused as to why there is a funeral pyre while the hero of the Rebellion seems torn while lording over it. It is beautifully strategic writing, drawing on a nostalgic moment, utilizing an outsider’s view, and subtly relating the experiential demons the pilots of Alphabet Squadron have dealt with personally, in the name of the greater good.

Though great effort goes into developing all of the critical characters, including Syndulla, Lark, Nath Tensent, Kairos, Yrica Quell, and Shadow Wing’s commander, Soran Keize, Freed’s most impactful writing is usually centered on Chass, the Theelin female with a testy temper, aggressive personality, and expert piloting skills. An act as simple as getting into an elevator evolved to her having, “stabbed the turbolift button at the corridor’s end as dozen times over.” And later in the book, as the Battle of Jakku begins brewing amongst the stars, Tensent is noted as smiling at her voice, “the sound of a smirk wrapped in fury.”

And the entire book has levels of fury based on betrayal and even war fatigue. One of the most interesting, in a nod to L3-37 from Solo: A Star Wars Story, is a former Imperial outpost, now overtaken by droids, but needed by Quell on a side-mission, and its sign: NO MEAT NO MASTERS. This is a different time for the galaxy, one year after Endor, as the fledgling New Republic attempts to stamp out the remaining Imperial loyalists.

Full of action, strategy, subterfuge, reflection, and self-realization, the pilots of Alphabet Squadron, and to a lesser extent Shadow Wing, face astronomical odds and life-threatening situations while in their respective cockpits, but the biggest challenge for each is the emotional and psychological toll of their past and present, and the relationships and loyalties they seem bound to. This wasn’t a fast read, but it was fulfilling, and Freed, using his brick trowel like a magic wand, mixed in enough feel-good moments to inspire hope all while explosions and destruction were a constant reality.

Star Wars: A New Hope
$19.99
Buy on Amazon This is a paid link. Learn More. Clicking the link may take you to the Amazon store servicing your country Price incl. tax, excl. shipping.  Details correct as at: 2021-07-30
Bestseller No. 3

Star Wars The Black Series The Mandalorian Premium Electronic Helmet Roleplay Collectible, Toys for Kids Ages 14 and Up
$119.99
Buy on Amazon This is a paid link. Learn More. Clicking the link may take you to the Amazon store servicing your country Price incl. tax, excl. shipping.  Details correct as at: 2021-07-30
Bestseller No. 6

Star Wars: The Rise of Skywalker
$19.99
Buy on Amazon This is a paid link. Learn More. Clicking the link may take you to the Amazon store servicing your country Price incl. tax, excl. shipping.  Details correct as at: 2021-07-30