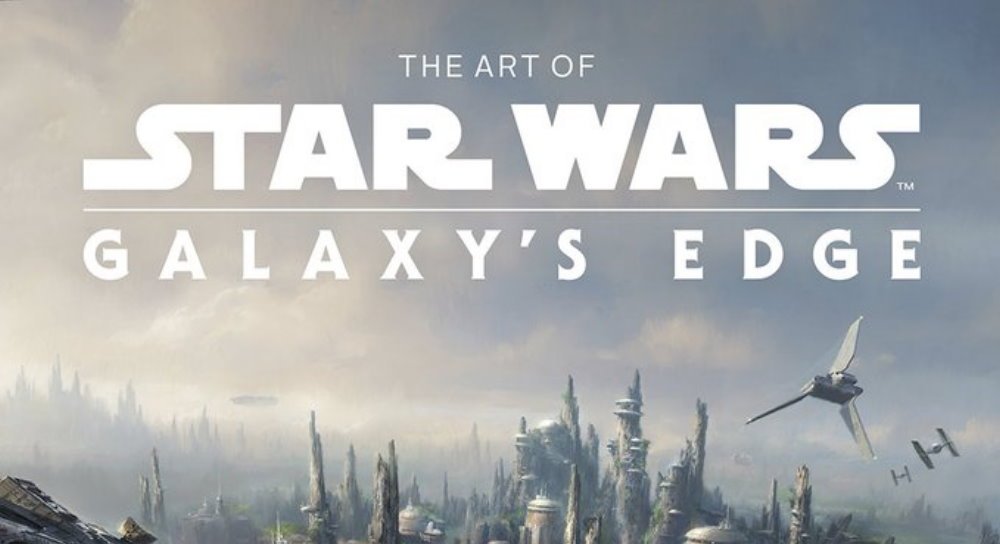 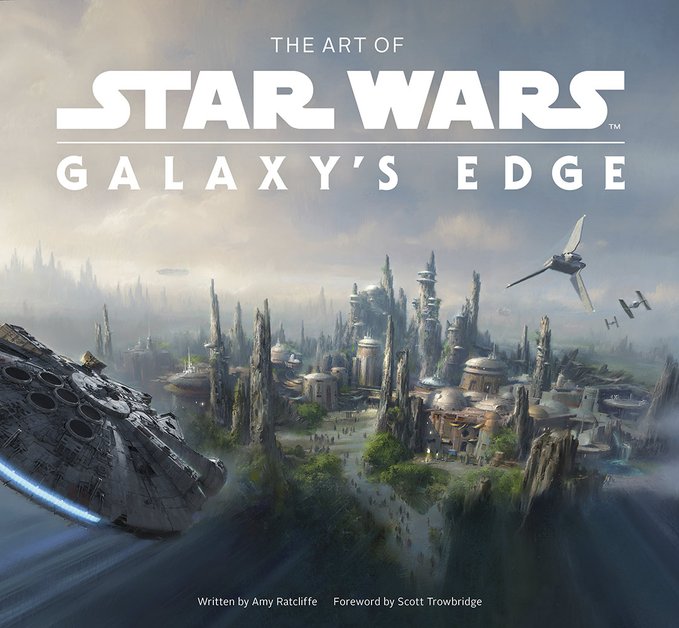 Star Wars: Galaxy’s Edge invites guests to explore Black Spire Outpost, located on the remote Outer Rim planet Batuu—a spaceport bustling with First Order and Resistance activity where guests can interact with droids, creatures, and fan-favorite characters. Alongside Black Spire Outpost’s vibrant cantina and marketplace, a new and original score composed by John Williams accompanies guests as they seek out the land’s two major attractions: Millennium Falcon: Smugglers Run, which allows guests to commandeer the fastest hunk of junk in the galaxy, and Star Wars: Rise of the Resistance, in which guests find themselves in the crossfire of a ferocious battle between the Resistance and the First Order.

Exclusive interviews with the key creative minds who shaped the lands’ design provide commentary on what it’s like to dream and then build a life-size Star Wars adventure.

Plus, the book offers an inside look at the upcoming Star Wars: Galactic Starcruiser experience, a first-of-its-kind immersive two-night adventure.

The Art of series has a storied history, running right back to 1979 and Carol Tittelman’s The Art of Star Wars which gave fans of the time their first deep-dive into the creation of Episode IV. Through the OT, the PT, the ST and the Star Wars Story films we’ve been privvy to incredible concept art in paintings and sketches, flights of fancy that all contributed towards what we saw on the big screen. Most recently we were treated to The Art of The Mandalorian season one, and just a few months later we’re here again, but this time with a twist. This isn’t for a motion picture or a series but for a fully immersive, physical location. This is The Art of Star Wars: Galaxy’s Edge, and like a Stormtrooper chasing a Princess through a Blockade Runner, it’s a stunner.

Opening with a Foreword by Disney Imagineer Scott Trowbridge, he explains his own relationship to Star Wars; how it made him realise that the things he saw on screen were real, tangible and he anted to be a part of that. His path took him to Disney and the parks, a relationship that ultimately saw him asked to lead a team tasked with making dreams into reality. His overriding instruction from Bob Iger was ‘Be ambitious.‘ That ambition included having to tell George Lucas over lunch that his iconic locations wouldn’t be the basis of the park, but instead a new world would be the focus of the venture. Having worked with imagineering since 1986 and Captain EO, followed swiftly by Star Tours in 1987, Lucas had faith that the dream makers could make it work.

An introduction from author Amy Ratcliffe follows as she gives a timescale to the development of the build, and its ambitious plans, a Who’s Who of the parks creators and then we’re away with evocative images of the park populated with visitors as we learn of the early days of development; how a spaceport quickly became the focal point of Galaxy’s Edge – codenamed Delos after the Greek island – and how Imagineers visited the sets of the films, decamping to Pinewood Studios to work with the movies production designers to generate ideas. Ratcliffe takes you through every step, as now familiar landmarks of Batuu were firmed up. The trees of Arizona inspiring the spires, the unique fonts around the outpost, the way people talk (we have local dialects here on earth, sometimes differing from town to town, so why would the GFFA be any different?) and research. Lots and lots of research.

While we’re schooled on how to build an entirely unique and new Disney Park we’re also treated to fascinating imagery. Early park layouts, alleyways, trees, and even starship junkyards evocative of the Dowager Queen in Mos Eisley. To think of these images being refined way back in 2015, before the sequel trilogy had even hit our screens is sobering. A whole world that still feels fresh and new, etched into reality almost a decade ago.

While the painted, concept art style imagery is always impressive there’s a realness to the pencil sketches. Unrefined, rough and ready, they hold the promise of corners turned and archways entered. No frills or flair, just no-nonsense doodles. Those sketches give way to more detailed watercolours as the pallete is defined, and once the stall is set out then finely detailed imagery takes over.

Getting into the depths of the book reveals characters and ideas that while not taken, clearly informed the spirit of the park that we got. With Iain McCaig involved, naturally these images have a distinctly prequel feel to them, with a number of characters clearly inspired by or directly from Naboo. As the story of the sequels firmed up, the ‘plotline’ for Batuu did too. Enter Vi Moradi, and the presense of the Resistance. The TIE Echelon is shown – oddly, while discussing the vessel Doug Chiang omits to mention that the Echelon was designed by director Colin Trevorrow for his version of what would become The Rise of Skywalker – as are stunning vistas of decaying Star Destroyers and a temple exterior that looks somewhat like the layout of the proposed Star Wars area at Disneyland Paris. We’re even treated to a final chapter looking at the forthcoming Galactic Starcruiser hotel and the vessel at the heart of that experience, the Halcyon, a lavish, high-end experience where even the astromechs look clean enough to eat your lunch off.

Laser cut tunnels, viewscreens, transports based loosely on iconic vessels, all designed to bed you into the reality of the world – this is the Star Wars galaxy, and you’re right at the center of it.

To enjoy this book requires just three things; a large table, a free afternoon and a mug of something hot and wet. This is a book designed to be poured over and soaked up. There’s just the right balance between written content and imagery – often the written word is somewhat lacking in these books, feasts for the eyes but not much fodder for the trivia hounds who chomp up the information like rathtars – and boy, what imagery. Every sketch, painting, noodle and doodle is a step on the journey to Galaxy’s Edge, and this lavish guide to the making of the park honours that.

If you’re planning a visit, or even if you’ve visited Batuu already, then it’s an essential purchase.

The Art of Star Wars: Galaxy’s Edge
$34.54
Buy on Amazon This is a paid link. Learn More. Clicking the link may take you to the Amazon store servicing your country Price incl. tax, excl. shipping.  Details correct as at: 2021-05-12