Following the announcement that Echo Base Live are planning to stage their delayed 9th running of the event on 7th August 2021 at the Kingfisher Shopping Centre in Redditch, we can now share the first five guests announced to join them on the day.

Actors from across the classic Original Trilogy, and with many more film and TV credits to their names, will be on hand to meet fans and sign autographs, although please bear in mind that the meet and greet experience may be subject to restrictions in light of the Covid pandemic – rest assured as soon as the Echo team know, we’ll pass it it on.

Chris is an English actor who portrayed Danz Borin and a Stormtrooper in Star Wars. He also appeared in both Empire Strikes Back and Return of the Jedi.
Chris also had parts in several James Bond films and in a Superman movie.
Chris will be be available to sign autographs (charges apply) and to chat.
Autograph Price – £20 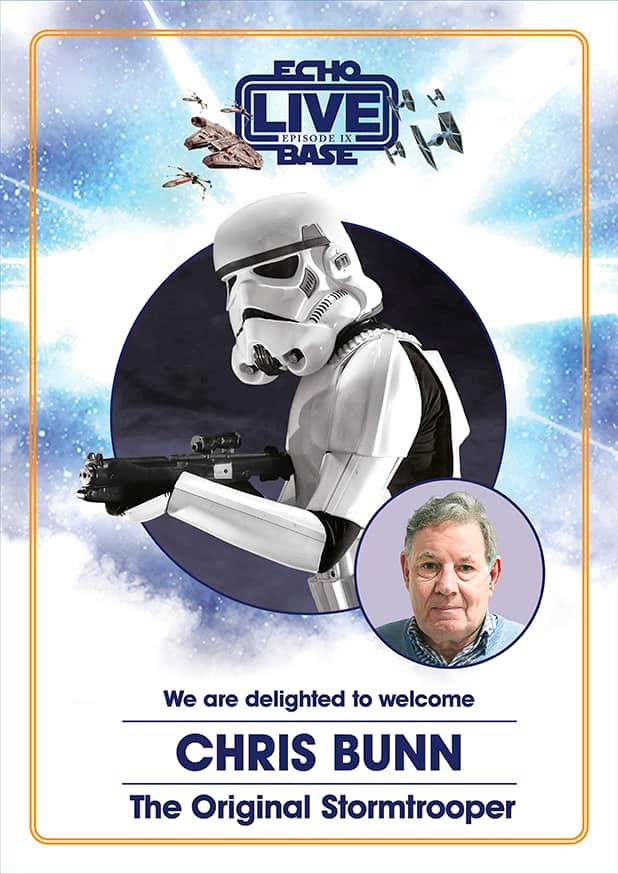 Sean was the mime artist/puppeteer of Saelt-Marae (Yak Face) and a Mon Calamari officer in Star Wars: Episode VI Return of the Jedi.
Sean Crawford was also half of robotic mime-and-music duo Tik and Tok (alongside Tim Dry). They began performing together with Shock, a rock/mime/burlesque/music troupe in the early 1980s.
Autograph Price: £15 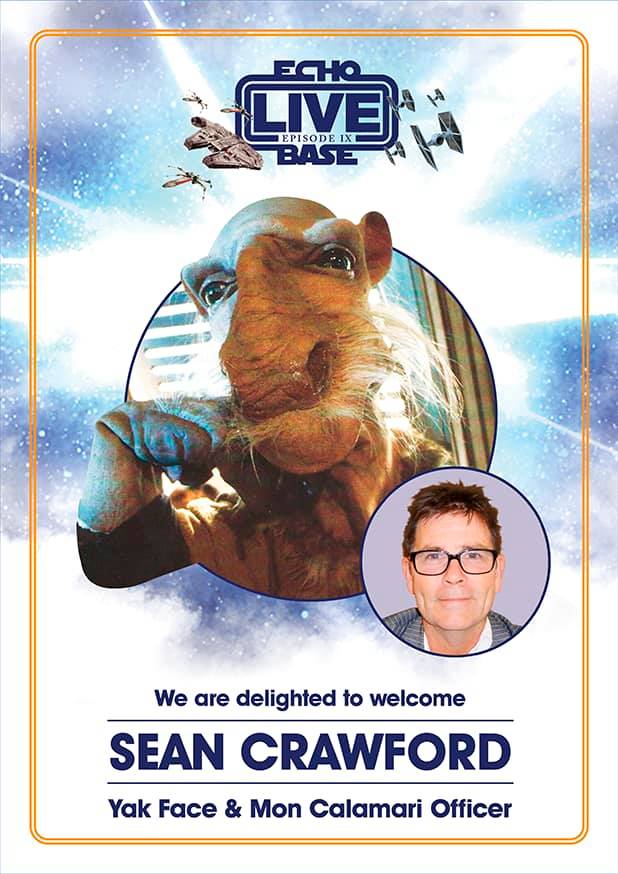 Laurie is an English actor who famously portrayed the ‘Stormtrooper that banged his head’ in Star Wars. He also appeared as a X-Wing Pilot and a Saurin. He’s also had parts in Dr Who.
Autograph Price – £15 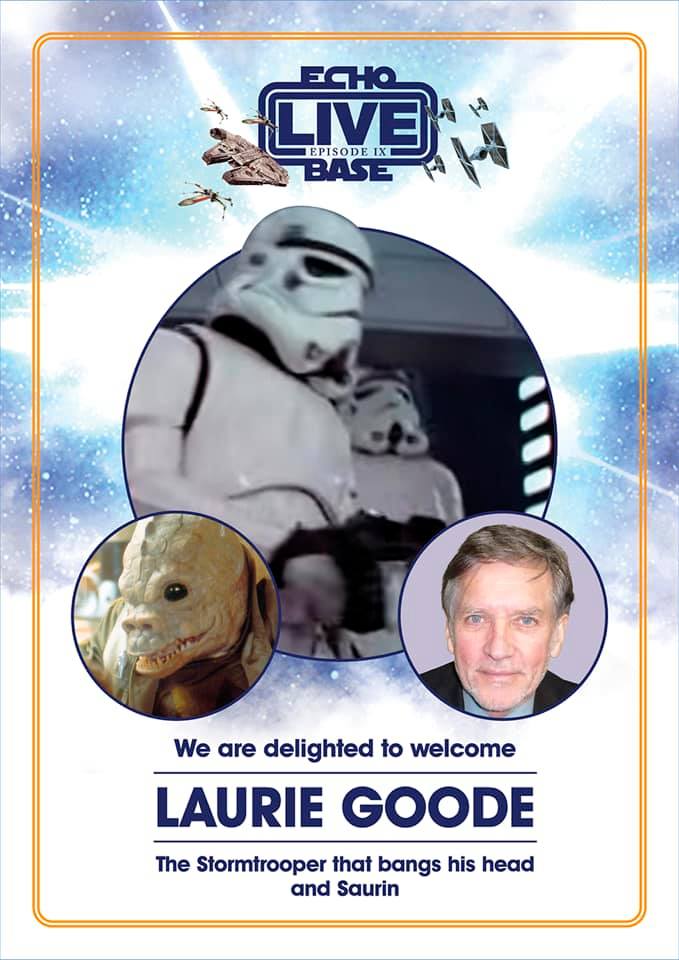 Peter played the parts of a Hoth Rebel in the Empire Strikes Back and Nikto (palace scenes) in Return of the Jedi.
Autograph Price: £15 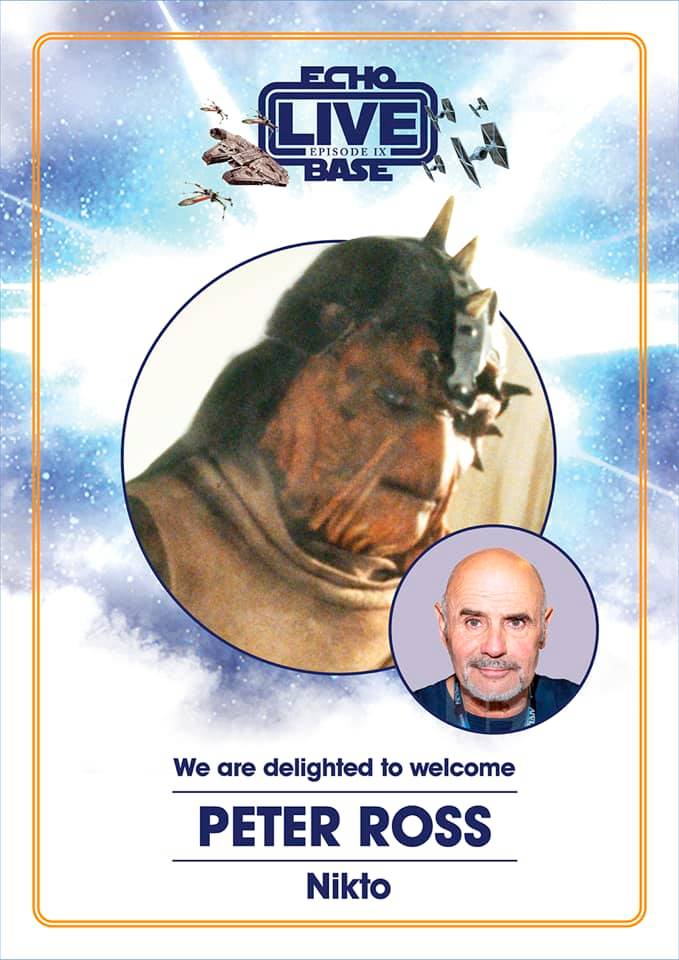 Julian is an English actor who played General Veers in The Empire Strikes Back. He also played the villain Walter Donovan in Indiana Jones and the Last Crusade, played the main villain in the James Bond film For Your Eyes Only, was the voice of the spider Aragog in Harry Potter and the Chamber of Secrets, and appeared in Hitler: The Last Ten Days.
He’s also known to sci-fi fans for appearing twice in the longest running science fiction series Doctor Who, and most recently he played Grand Maester Pycelle in Game of Thrones.
Autograph Price: £25 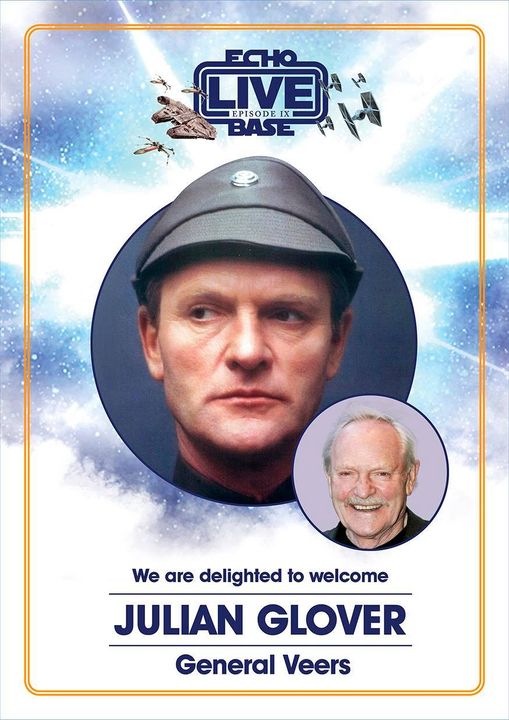 (Autograph charges apply, all guests are subject to change and are beyond the control of the event promoter)

The show caters for collectors of all things Star Wars from vintage to modern, and everything from art to toys and everything in between. Originally scheduled for 4th April 2020, the show had been getting bigger and better every time, but obviously due to the Coronavirus pandemic the show was cancelled, as was the usual October show as well.

Obviously, the staging of any such event is subject to the timetabled steps for the relaxation of restrictions in the UK happening, currently events can restart in late June.

Rest assured that the team are committed to staging a fun show for all, whilst bearing in mind the restrictions that may still be required. They will be keeping their Facebook page updated with all the latest information, and we’ll update you as more information comes through.

It’s been a while, but it will be great to get back to shows like this, so keep everything crossed that we’re not too far away!