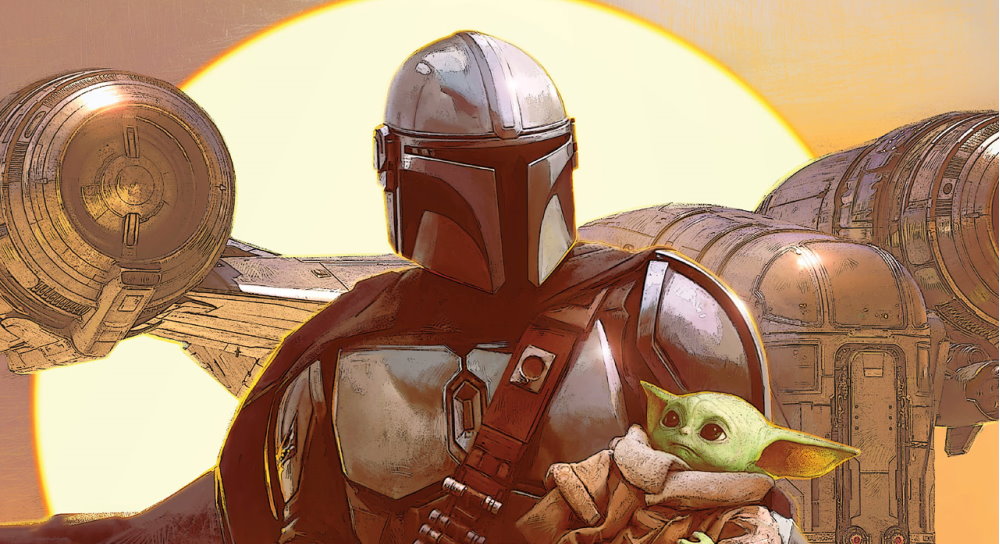 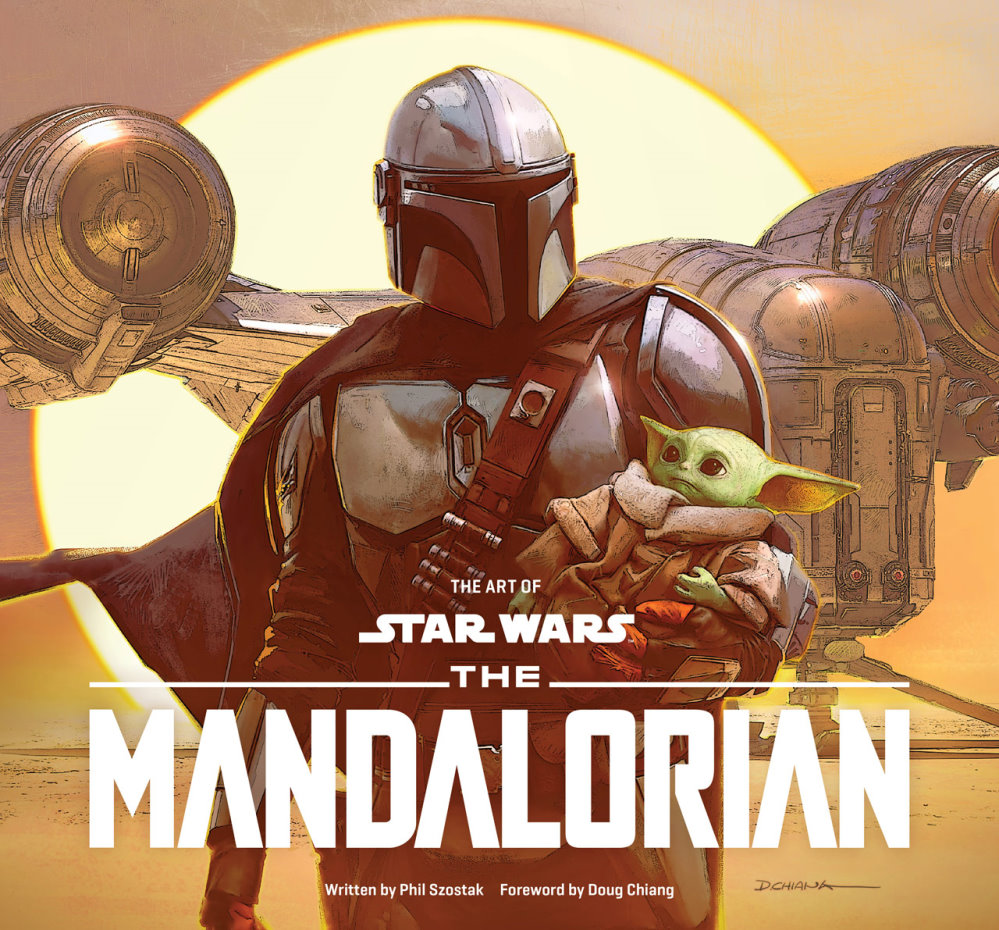 The Art of Star Wars: The Mandalorian (Season One)

The Art of Star Wars: The Mandalorian takes fans behind the scenes of the first ever live-action Star Wars television series. Filled with concept art, sketches, and interviews with key cast, crew, and creatives, including executive producer/showrunner/writer Jon Favreau and executive producer/director Dave Filoni, The Art of Star Wars: The Mandalorian will provide readers with an exclusive look at a whole new universe of Star Wars characters, locations, and vehicles.

Premiering in November 2019 as a key launch title for Disney+, The Mandalorian follows the adventures of galactic gunslinger Din Djarin and the Child as they traverse the outer systems of the Star Wars galaxy. Readers will encounter early visual and conceptual ideas for these new characters and unexplored frontiers, filled with crime syndicates, bounty hunters, and smugglers. The gritty, lived-in cantinas and spaceports are populated by a talented cast that includes Pedro Pascal (Game of Thrones), Werner Herzog (Fitzcarraldo, Grizzly Man), Nick Nolte (48 Hours), Gina Carano (Haywire, Deadpool), Giancarlo Esposito (Breaking Bad), and Carl Weathers (Rocky).

From inception to onscreen delivery, The Mandalorian feels very much like a project that knew what it wanted to be from the start. Entering a galaxy with its iconography very much in place, the aim of Jon Favreau, Dave Filoni and the massed ranks of Lucasfilm and ILM wasn’t to reinvent the wheel, but to show us the Star Wars galaxy through a different lens. After all, in silhouette who are Mando and IG-11 other than Boba Fett and IG-88? Clearly, the intent of the show wasn’t to bring us all-new and fresh visions of the GFFA but to comfort feed us a thrilling story of a man on the edge of the frontier with the most indelible iconography available, and The Art of The Mandalorian: Season One lays that down in some style thanks to its lush concept artwork.

From the nitty gritty designs of Din Djarin and his gunship the Razor Crest which was always destined to boast those high double engines, we see the tweaks and adjustments that lead us to the screen. The Mythrol is new (later realigned to be a fledgling Mythrol, the younger version of a similar looking character in The Rise of Skywalker) as is the walrus-like ravinak but many of the designs are riffs on familiar themes; Quarren with more detail than we’ve ever seen, a heftier landspeeder, Weequays, Stormtroopers, Ugnaughts, Mandalorians in the covert of Nevarro, Nikto’s.

That may read like a criticism, but it absolutely isn’t. To be given fresh looks at familiar species and characters only builds on the knowledge and nostalgia of what we’ve seen over the decades, and that style and that feel translates perfectly to locales like Nevarro with it’s busy McQuarrie vibe. As ever, his influence looms large over the show – as it absolutely should – the high gloss varnish that seals the deal and makes The Mandalorian feel completely legit.

The design of Baby Yoda, or Grogu as we should now be referring to him as, owes everything to the centuries old Master Yoda but as much to Japanese anime as Stuart Freeborn’s indelible puppet. There are sketches that don’t appear to relate to Yoda’s species, but the majority do and that wide-eyed, innocent look is hardwired into every design. If anyone ever doubted this cheeky little chappy was designed with Toy Fair in mind, look no further.

The book moves us through the eight episodes sequentially and little is shown that in some way didn’t make it on screen, folding in elements from other projects (Doctor Pershing’s uniform is taken from Rogue One) and moments we’ve long waited to see (the army of Mandalorian Super Commandos that kids on playgrounds around the world thought they’d get to see back in 1983). Again, there’s that easy familiarity married with a fresh new edge to these moments that made season one of The Mandalorian sing like Snootles.

The first volume in a series that will hopefully continue for a number of years and fill bookcases across the planet, the book would certainly have benefitted from more written material. Save for a handful of introductory pages, the written aspect of the book is limited to descriptive notes and labels, so if you were expecting this to delve into the making of the series, look elsewhere; this isn’t that book. However, if you hanker after a compelling visual representation of the journey taken to pull the show from Favreau’s imagination through the mind grapes of Lucasfilm and ILM and ultimately to the streaming platform of Disney Plus, then this is absolutely the book for you.

The Art Of Star Wars: The Mandalorian: Season 1 (Hardcover) @ ForbiddenPlanet.com