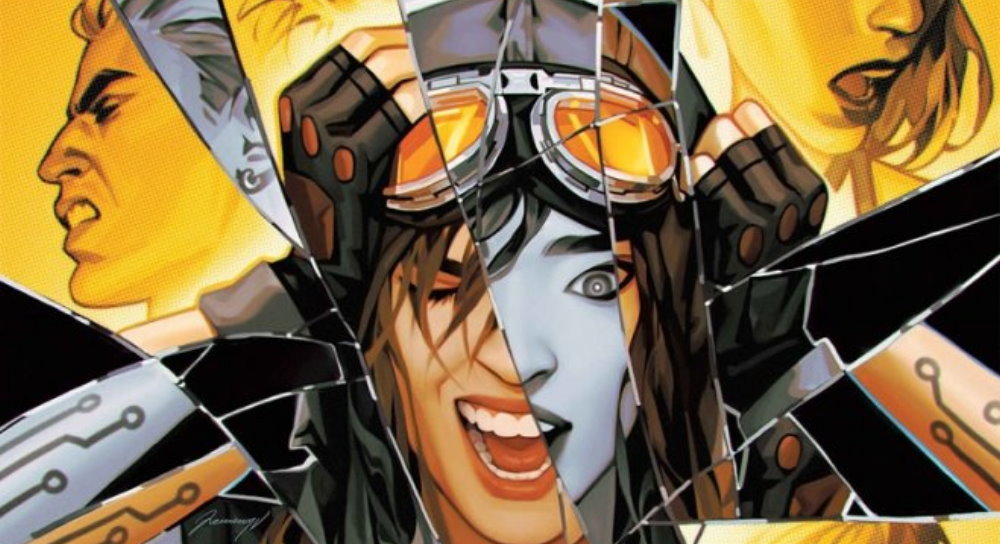 Doctor Aphra and her team were hired by Detta Yao to find the rings of Vaale, mysterious ancient artifacts of untold power.

The rings—should they even exist—could be the biggest payday of Aphra’s career. There’s just one tiny but extremely dangerous detail—Ronen Tagge, scion of the infamous and insanely powerful Tagge family, has his eyes on the prize.

Aphra’s team tracked the rings to Dianth and found an ancient city…made entirely of bone? Living bone? And what’s that terrible, high-pitched sound?

Something sinister is definitely afoot on Dianth…but luckily, the team discovered the entrance to the workshop where the rings might rest—only to have the floor collapse beneath their feet! And Tagge’s mercenaries have arrived…

At this point of time it’s no surprise that Doctor Chelli Aphra is more than adept at thinking quickly on her feet, and when half of her team literally lose the ground beneath their feet she’s forced into making some quick decisions that will inevitably have an effect on their mission to find the Rings of Vaale. However, when that quick thinking is based upon accepting a deal laid down by galactic slimeball Ronen Tagge, you just know this gig isn’t going to end well.

Detta Yao is once again showing her talent for acting innocent, as Aphra assumes control of Tagge’s goons above while the rest of her team are below. They’ve only heard portions of what Aphra said to Tagge’s gang so understandably they believe she thinks they are dead. A bacta-healed Doctor Okka determines to find the rings before Chelli and Detta, and so the hunt begins as the walls start coming to life and all involved are well and truly spooked.

Doctors Okka and Aphra make important discoveries at the same time, with Okka finding one of the rings and Aphra and Detta an empty casket, and this is where Yao’s mask slips, the innocent facade falling away, even as the two groups reunite and Yao makes her move. Sadly – for her – we finally learn just who the spy in the ranks was, as Just Lucky reveals he is being paid by the Tagge’s.

It’s a brisk – and pleasingly so – read as the two groups work apart to find what they can in the catacombs and find one of the fabled rings. The artwork is crisp and clean, sometimes difficult to convey the murk and dankness of a tomb without obscuring what’s down there and the reveal of Detta being far more savvy than first believed, while not being a surprise opens up the character to potentially being a competitor or ally to Aphra (assuming the blast shot Aphra hit Yao with was on stun and not to kill; no concentric circles, that was likely a full shot).

This second run of Aphra has started strongly, bringing the adventurous spirit we expect from her stories, and the natural distrust she engenders in anyone she’s ever worked with. Oftentimes the obstacles she faces in her profession are exacerbated by the bad reputation that walks before her, but occasionally her skills as an archaeologist take precedence and for her sake, let’s hope Aphra and Okka can get on the same page and use their skills to dig themselves out of this hole.