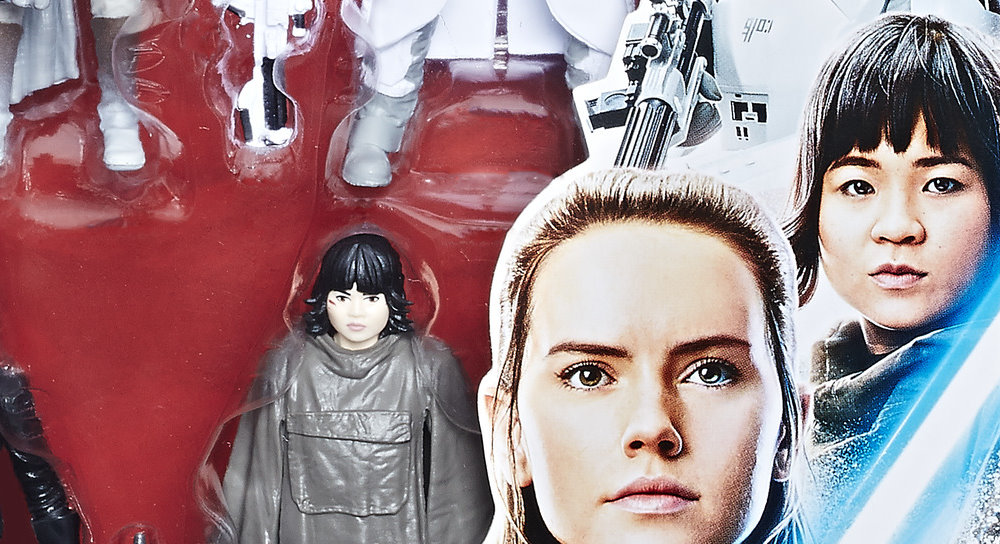 The fine folks at Hasbro PR have sent Fantha Tracks Hasbro’s The Last Jedi Force Link Battle on Crait 3.75-inch Figure 4-Pack, and a digital download code for the film as well.

Many thanks for the generous gift, and here’s a gallery of images to show off this fine figure set.

Bring the galaxy to life with the Star Wars: The Last Jedi Battle on Crait 3 3/4-Inch Action Figure Set! Recreate the adventures of a galaxy far, far away like never before with Force Link, an interactive play system from Hasbro that gives kids the sound effects and phrases from the Star Wars movies right in the palms of their hands! Wear Force Link wearable technology to activate lights, sounds, and phrases in Force Link-activated figures, accessories, vehicles, and playsets! With Force Link, kids can bring their favorite Star Wars adventures to life!

First off in the set we have the First Order Walker Driver.

The First Order unleashes enormous armored walkers into combat, manned by a crew of specialists coordinating the movements of the complex vehicles.

Part of the support crew that keeps the Resistance starfighters flying, Rose has hated the First Order since she was a child. Now able to fight back against the enemy, Rose keeps her focus on her mission.

Third in the set is the First Order Gunner.

The First Order Gunners crew the heavy weapons emplacements that dot the surfaces of cruisers and installations.

Rounding out the set is Rey (Crait Defense).

At long last, Rey has found Luke Skywalker, the last Jedi Master in the galaxy. Hoping to find a hero of legend, she must unlearn what she has learned as Skywalker challenges her expectations.

And to wrap it up, a look at the packaging of the set.

Thanks again to LPR for the review set.

Star Wars: Fan Celebration: Where to find the other reveals