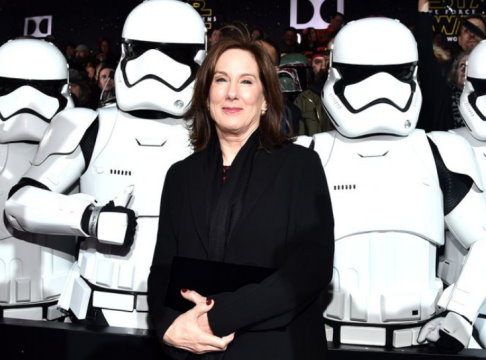 Kathleen Kennedy is the president of Lucasfilm, the latest post in a stellar movie career that began in 1979 when, while working on 1941 as assistant to Executive Producer John Milius, she came to the attention of director Steven Spielberg and one of the most successful partnerships in cinema was formed.

In 1981, she co-founded Amblin Entertainment with Steven Spielberg and her future husband Frank Marshall and in 1992 co-founded The Kennedy/Marshall Company with Marshall. On 30th October 2012 she became president of Lucasfilm.

She received the Irving G. Thalberg Award from the Academy of Motion Picture Arts and Sciences in 2018.

Her films have amassed 8 Academy Award nominations with over $11 billion at the worldwide box office and is third only to Kevin Feige and Steven Spielberg in domestic box office receipts, with over $7 billion.