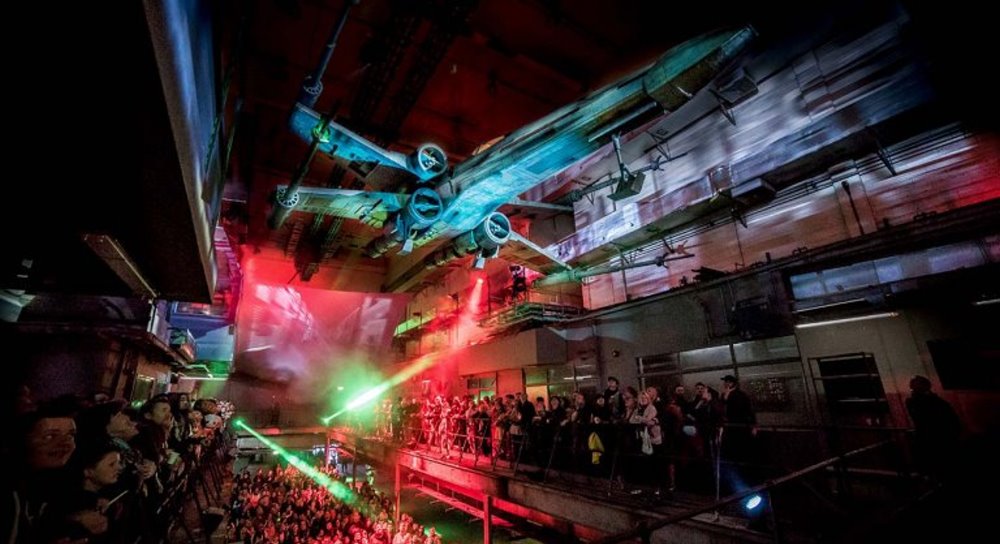 In 2009, the BBC broadcast a TV series entitled I’ve Never Seen Star Wars. In it, a celebrity guest would try out experiences that are familiar to almost everyone, but which they themselves have never done before. These included things like playing the Lotto, drinking a Starbucks coffee or assembling flat pack furniture.

The title of the series was chosen because it exemplifies what the show is all about. After all, surely everyone has seen Star Wars. It is also just one example of how the franchise has become embedded in modern popular culture. Let’s take a look at some other examples across entertainment, science and even philosophy.

43 years on, it is hard to appreciate the sheer impact that Star Wars had when it hit the big screen. George Lucas put the “special” in special effects in a way that had never been seen before but has been imitated a thousand times since. 1976 was the dawn of the computer age, and this is the movie that kick started CGI.

However, there was substance, as well as style, to the movie. Prior to Star Wars, filmmakers pigeon-holed their work according to specific genres. It led to formulaic tales of science fiction, or horror flicks or war movies or coming-of-age adventures. Sure, Star Wars has science fiction at its heart, but Lucas was not afraid to draw in strands from these other genres, and more besides, creating a multi-dimensional universe.

These aspects influenced many of the blockbusters to follow, from the Star Trek franchise to the epic Lord of the Rings trilogy. But they also inspired amateur filmmakers in a way that has never been seen elsewhere. There is even an annual awards ceremony for fan films. These are mostly mockumentaries and parodies to avoid potential copyright infringements, and have led to such glorious titles as Darth Vader’s Psychic Hotline and How the Sith Stole Christmas.

Impact on toys and gaming

Star Wars was a pioneer in merchandising and game spin-offs. Toys and collectibles appeared on the scene with the arrival of the first movie and are as popular today as they ever were. But we need to remember that the franchise arrived at the very dawn of the digital age, and it is in this form of gaming that it has had an even more profound effect.

More than 140 games have been released over the decades – and that number rises exponentially if you include unofficial fan-made freeware games. The very first was an unlicensed release by a little-known company called Apple for its innovative Microcomputer, the Apple II, back in 1978. Four years later, Parker Bros brought us the first officially licensed Star Wars game on Atari, entitled The Empire Strikes Back. The scrolling shooter format formed the blueprint for hundreds of similar games to follow throughout the 1980s as home computers became the norm.

Since then, Star Wars games have continued to be trailblazers across different gaming genres and on various platforms. For example, the original Star Wars slot machine used to be a mainstay of land-based casinos, and beat a path for the dozens of movie-inspired slots you see at online casino sites today. These include games like The Dark Knight Rises, and appeal to gamers as much as gamblers.

Even someone who has genuinely “never seen Star Wars” would instantly know that iconic score by John Williams. The most recognizable of all time? Fans of the James Bond franchise or The Godfather trilogy might have something to say about that, but it is certainly right up there.

However, Star Wars has attracted tributes, pastiches and parodies in a way that has simply not happened with any of these other series. A couple of the most irresistible examples include Yoda by Weird Al Yankovic, which is based on The Kinks’ classic Lola and the oh-so-clever Princess Leia’s Stolen Death Star Plans by Dan Amrich. This latter is, of course, based on Sgt Pepper’s Lonely Hearts Club Band. Given that Beatles fans can be every bit as rabid as Star Wars afficionados, you have to admire Amrich’s bravery for poking fun at both camps.

Star Wars has always done a better job of keeping things simple than certain other franchises we might mention. We don’t need to know the inner workings of the Millennium Falcon or how long you need to charge your lightsaber. It is in stark contrast to Star Trek, where poor unfortunate cast members go into the details of yet another phase variance in the dilithium matrix while trying to keep a straight face.

It has also made it far easier for real scientists to adopt and adapt concepts that were born in Star Wars. Elon Musk’s pioneering private space rocket was named Falcon 1 after the Millennium Falcon, while NASA famously sent a lightsaber into orbit back in 2007.

We mentioned earlier that Star Wars is set apart by being far more than a sci-fi romp where you can check your brain at the door while you sit back and watch the explosions. There is something deeply mystical about the concept of The Force as defined by Star Wars as the energy that “binds the galaxy together.”

Couple that with the Jedi Code and you have a ready-made religion. It might sound far-fetched but 2001 witnessed what the media described as the Jedi census phenomenon, in which thousands of people around the world identified their religion as Jedi. These included 400,000 in the UK, 70,000 Australians and 21,000 in Canada. In Turkey, there was even a petition by a group of Jedi students to build a build a Jedi Temple, which attracted the attention of the world’s media.

Star Wars is undoubtedly the most revered and watched movie franchise ever. Yet the movies are only part of the legend. The franchise touches our lives in a hundred ways, and long may it continue to do so. May the force be with you!