STAR WARS NEWS IN A SINGLE FILE
Search
Home Interviews Ewan McGregor on The Mandalorian: “It blew me away how much I... 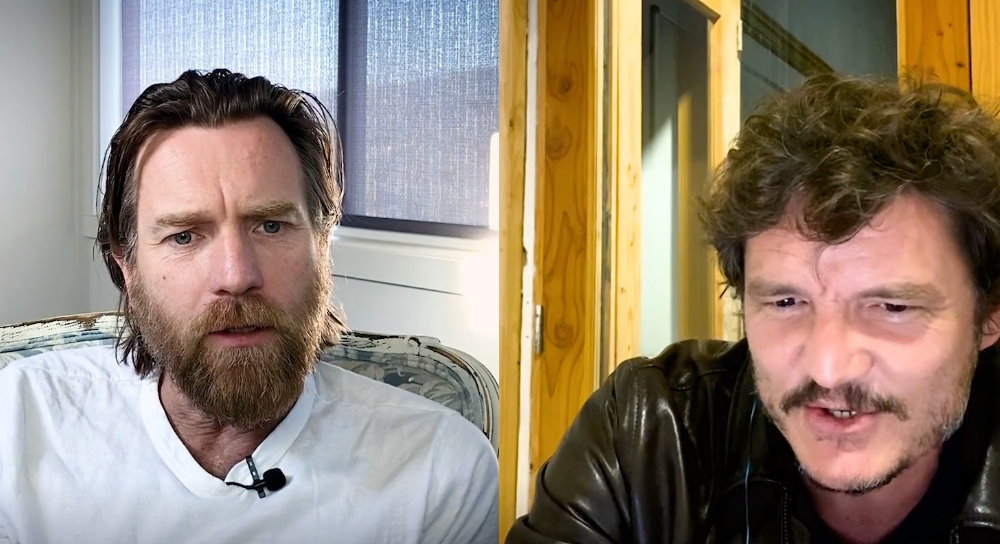 Speaking with fellow Star Wars star Pedro Pascal, Ewan McGregor talks prequels, returns, his love of The Mandalorian and how it felt to walk past a live action Stormtrooper on the set of Obi-Wan Kenobi. 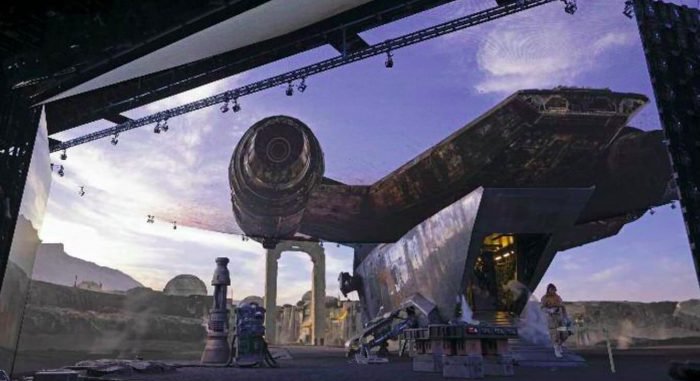 Ewan McGregor: I just came directly from our set on the “Kenobi” series, and I’m working with so many of your crew from “The Mandalorian.” In fact, Deborah Chow is directing all of our series, and I know she directed episodes of your first season. I’m having such an amazing time down there with that incredible technology, and not being in front of too much green screen and blue screen.

Pedro Pascal: It’s unbelievable, isn’t it? You would think that you would have to really invent all of it in your mind, but more than any set I’ve ever been on, it’s there and meticulously created in the production design. It’s like being on an amusement park ride.

McGregor: I did the first three films in the late ’90s and into the 2000s, and by the time you did Episode 2 and 3, literally 90% of the scenes were just on green sets with green floors and green walls, or a blue set with blue sides and blue walls.

Pascal: It would be such a different experience with the same character that you were doing before — and then coming in and doing it with all this new technology.

The two also discussed Grogu, and Ewan’s experiences with the puppet Yoda on The Phantom Menace. 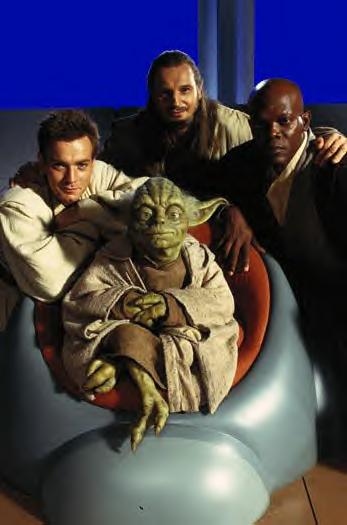 McGregor: And was Grogu on set? Was it a puppet?

Pascal: Yeah, there’s this incredible puppet with fuzzy hair on the ears, and it moves remotely. I don’t give away too many secrets about how it works, but there are these incredible puppets, and one can be done remotely that is more conducive to wider shots. And then there’s one that’s very, very plugged in, and its eyeballs are moving around, its eyebrows are moving — it’s all of the sort of like muscular details of its face and ears and everything. And these guys are so talented, and they get the puppet to sort of act with you in the scene.

They didn’t keep it, but there was a moment where the puppet was warming itself near the fire, or curious about some kind of fire coming out of a jet. And I said, “Don’t get too close.” And then whoever’s doing the remote literally had the puppet look at me and back off and be like, “Oh, OK.” And it was kind of unbelievable. It was a really good scene partner.

McGregor: Amazing! The first film I did, I was lucky to do my scenes with the Yoda puppet. And it was extraordinary, because I acted with him. I couldn’t believe I was acting with Yoda. There’s so many people operating him, and the stage is lifted up so they’re underneath the floor and we were literally walking next to each other — and he’s alive. Then every time George called cut, Yoda would die, because everyone just stops. It was sort of disturbing every time the end of the scene would come along.

Then they replaced him for our second film and our third film with the digital version of him, and it’s not nearly as endearing. Also, we know Yoda as a puppet. We know him from the original movies as a puppet. So when it was suddenly computer generated, it didn’t feel like Yoda to me anymore. It was interesting that it went back to an actual puppet with your series.

Pedro Pascal to head the cast of The Last of Us

Pedro Pascal on not removing the helmet: “we’ve all been on the same page with this”