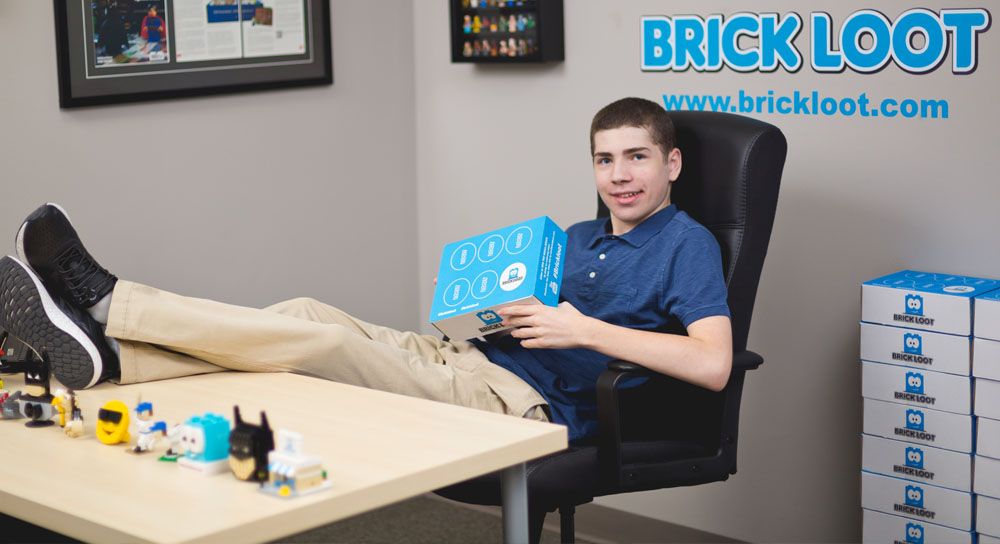 If you are a LEGO fan, chances are you are not hearing about Brick Loot for the first time. The popular brick-based subscription box service has been running out of the Chicago area since 2013, and is headed by none other than CEO (which stands for Chief Entertainment Officer, of course) and founder Parker Krex.

A visit to the Brick Loot website reveals the story of how the company started: Parker, an avid LEGO fan since the age of three, received a subscription box for his ninth birthday only to be disappointed by its underwhelming contents: a comic book, an air freshener, and… a pair of socks. His first thought was that a subscription box containing custom LEGO kits would be much more exciting, and unlike most of us who have a brilliant idea and promptly talk ourselves out of it, Parker immediately took action. Today, in addition to being a subscription box service, Brick Loot is also a retail store as well as home to the Minifig Vault, a free museum containing thousands of minifigures from Parker’s personal collection.

Parker is also a fan of Star Wars and has no shortage of Star Wars minifigures on display. While they ultimately make up a relatively small percentage of his vast collection, he still has plenty to say about his prized minifigures from a galaxy far far away. His favorite Star Wars character may not come as a surprise, but Parker does have an interesting pick of what character he would like to see made.

In addition to sharing some fun and interesting stories, Parker also offers some sound advice to aspiring entrepreneurs. While it’s safe to say that most readers of this interview will never get the opportunity to start a business at the age of nine, we can all learn a thing or two from Parker’s simple words of wisdom if we take it to heart and put it into practice. Thanks Parker, and may the Force be with you!

DL – What was your first LEGO set?

PK – I don’t exactly remember my first LEGO set, but I vaguely remember having some Bob The Builder Duplo sets when I was younger.

DL – The story of how Brick Loot was started is already on your website, so I won’t make you repeat it. I am, however, curious to hear the story behind the process of developing and putting together that very first subscription box!

PK – The first box was probably the hardest box to put together. When we were contacting companies to work with us, they would always wonder “what in the world is a brick loot?”. Some took the leap and put product in the box and are still partners today. Then when we finally found everything to put in the box, we were all packing them in our basement at home and hand labeling every single box. That process is so much easier now that we are an actual operation with employees. 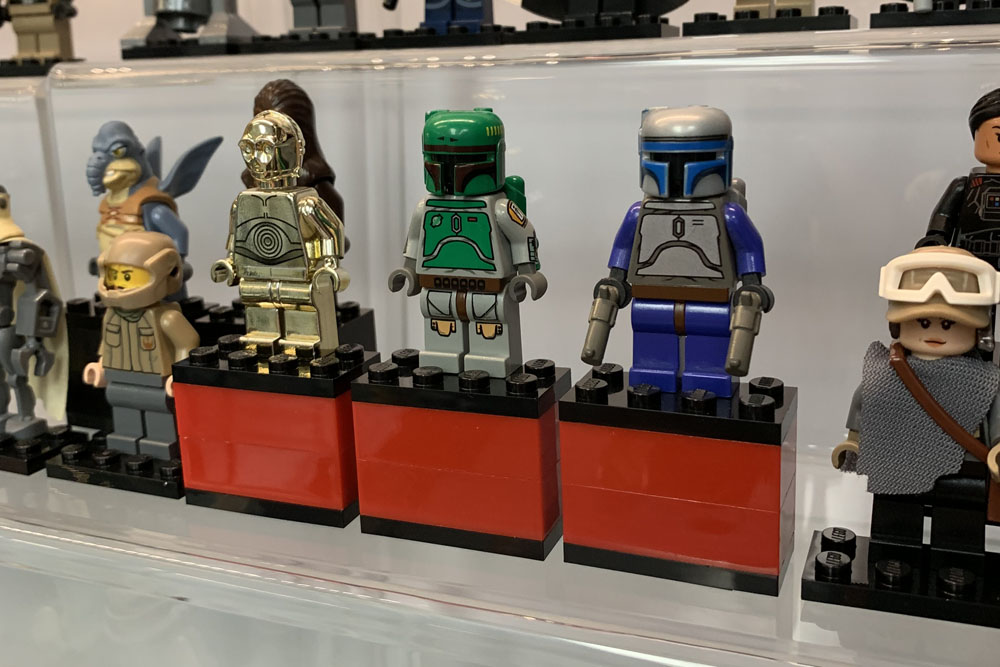 DL – What is the most enjoyable aspect of being the CEO of Brick Loot?

PK – I get to build LEGO and it’s work at the same time! I often test build all the sets and kits for upcoming boxes.

DL – And the most challenging?

PK – I have to research to find items for future boxes and there are some themes where it’s super hard to think of ideas and find products for.

DL – Most people who try starting a business ultimately fail. What do you feel played the biggest part in your success?

PK – Youtube. Youtube was how the word got out about Brick Loot and there are so many reviews on there. It really helped people learn about the company. We also got very lucky with PR and have had many articles and news stations report about us.

DL – The Minifig Vault Museum is one of the main attractions at the Brick Loot HQ. How did your minifigure collection turn into a museum?

PK – We had the idea of a large minifigure display for a long time, but we weren’t able to do it until we moved into a bigger location which allowed us the space for it. I always had a lot of minifigures but we started searching on eBay and Bricklink to get more from themes I barely had any figures from such as Ninjago, Friends, and Fabuland. It took us many months to catalog every minifigure and put them all in the cases. 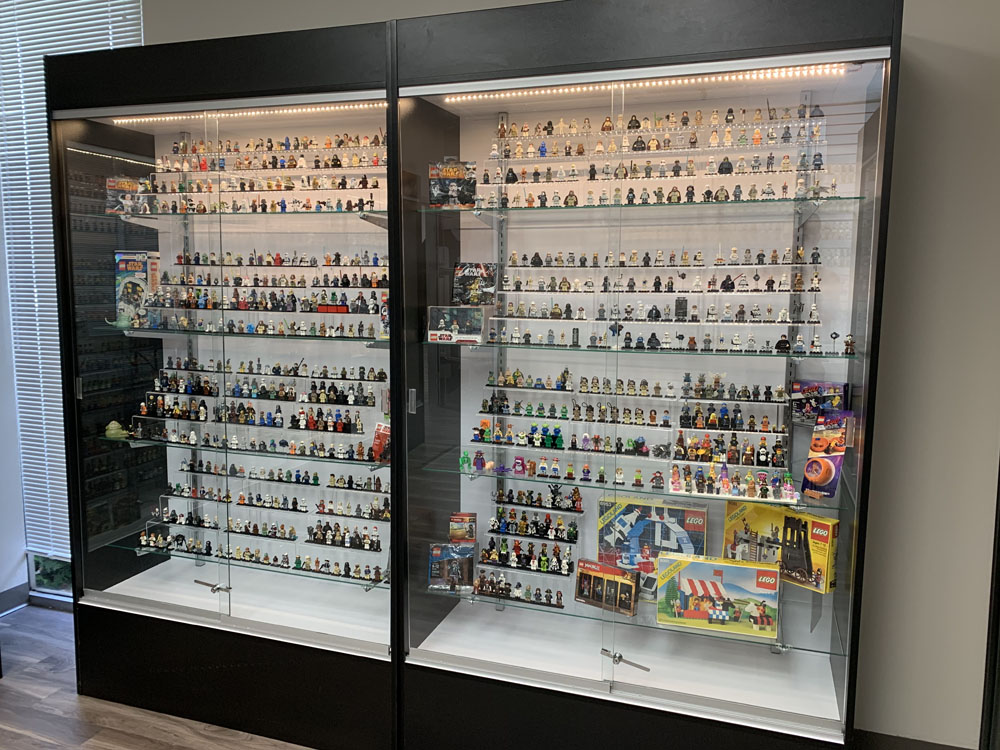 DL – How do you decide on the arrangement of the minifigures, and how often does the collection get updated?

PK – The arrangement is mostly by what theme and/or the time period they were made. The collection gets updated every few weeks as we are always adding the latest minifigures and also adding older ones we did not have yet.

PK – My favorites are probably original Cloud City Boba Fett, 2002 Jango Fett, and chrome C-3PO. Those are probably my favorites because I am a big fan of Boba Fett and Jango Fett and I love the classic LEGO Star Wars minifigure design style. I really like chrome C-3PO because he looks really cool and it’s one of those minifigures many years ago I never thought I would have a chance to own. 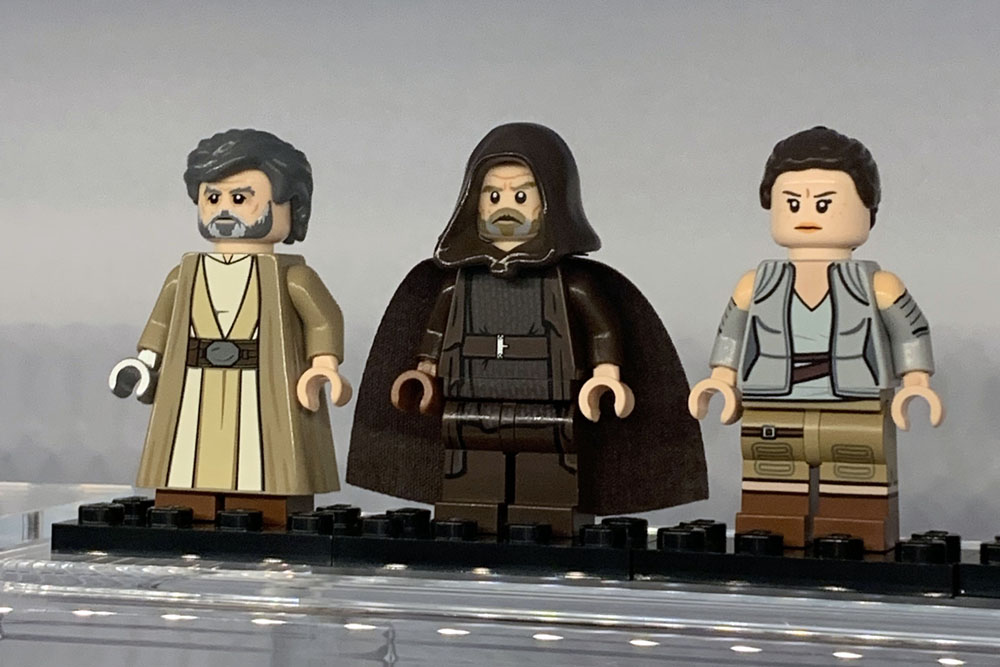 DL – You also have a number of very striking custom Star Wars minifigures in your collection such as hologram Luke, Jedi Rey, and “Lord Redder”. What is one interesting story behind them?

PK – Lord Redder is a very interesting figure that had something not very many people knew about. For people that dont know what it looks like, it looks exactly like a modern Darth Vader minifigure but in red and with a red Darth Vader helmet. At first, everybody thought that the helmet must be custom considering there were a few on eBay for hundreds of dollars when the figure was $100. Somebody asked the person who made the minifigure, and he said the helmet was made by LEGO and molded in red. Some guy was very intrigued and decided to buy one and compare it to the regular black lego helmet and the quality seemed exact and it had the LEGO logo inside. The red color also matched LEGO red so that was another sign. As soon as he told everybody his findings they sold out very fast and it is pretty sought after now. The rumour is that a rogue factory worker made a bunch and sold them to this company that printed the figure. We may never know if it is indeed real or not, but it definitely has an interesting story behind it.

DL – What is your favorite acquisition story of a Star Wars minifigure that you own?

PK – When I bought my The Force Awakens/The Last Jedi Luke figure from Christo7108. For those who know Christo, he is a legend in the LEGO customizing game and was one of the first people to start pad printing LEGO minifigures. He started with making Star Wars figures based on LEGO Star Wars: The Complete Saga. He has since moved on to doing superheroes, so when he did a Star Wars minifigure again I jumped at the chance to get it. It took over a year to get it but it is one of my favorite custom minifigures that I own. 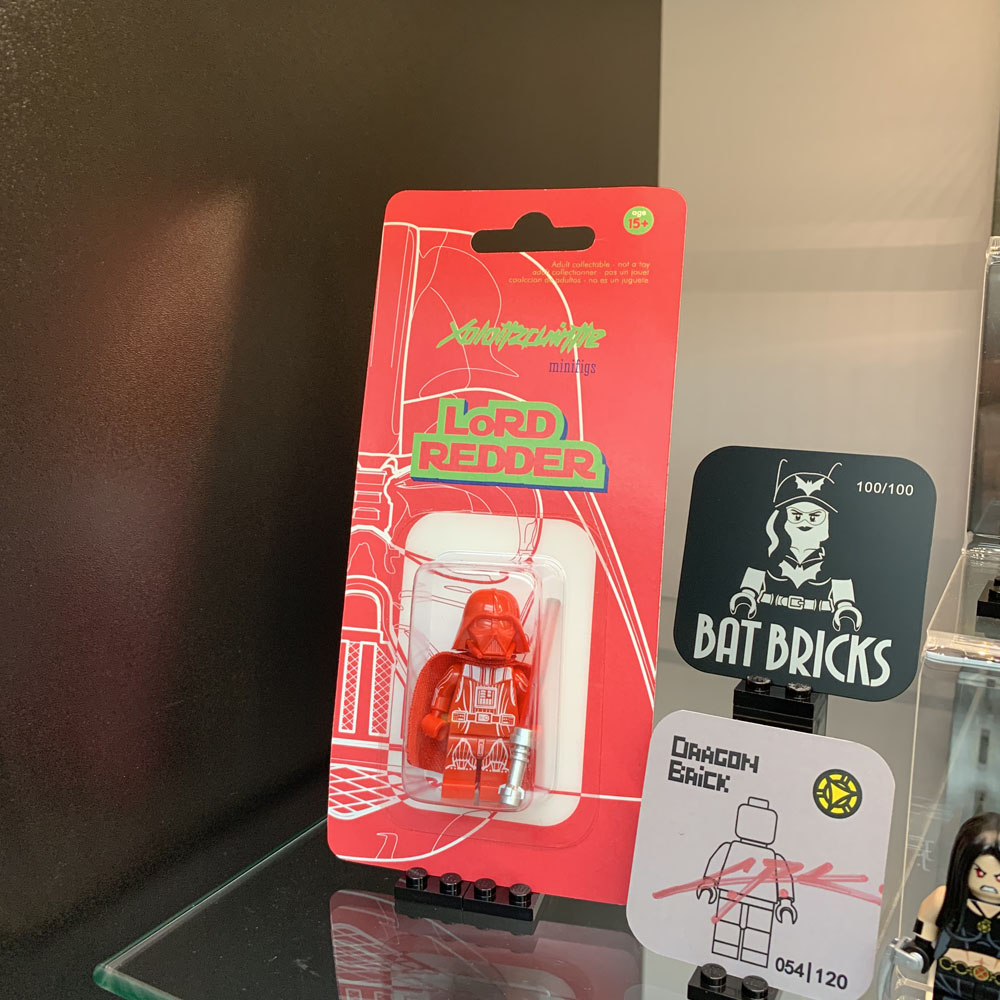 DL – Is there a Star Wars character that has yet to be made by LEGO that you would like to develop a custom minifigure for?

PK – I have always thought the death sticks dealer guy (aka Elan Sleazebaggano) would be a pretty funny minifigure to make.

DL – What is the most important piece of advice you would give *adults* who aspire to start a business?

Find people to mentor you. My parents are both entrepreneurs and knew a lot about opening a business so having that background was very helpful to my business.

DL – What is your dream goal for Brick Loot?

PK – I am excited for Brick Loot’s future. We keep creating new products and growing the subscription box. The feedback we get from customers is positive so keeping them happy and coming back for more is all we can hope for.

Brick Loot is the creation of 9 year old Parker Krex. Parker has a deep love for LEGO and has accumulated a massive collection. He has been playing with LEGO since the age of 3 and, by the age of 4, he started reviewing his sets on YouTube. Follow Brick Loot on Facebook, Instagram, Twitter, and YouTube at @brickloot.