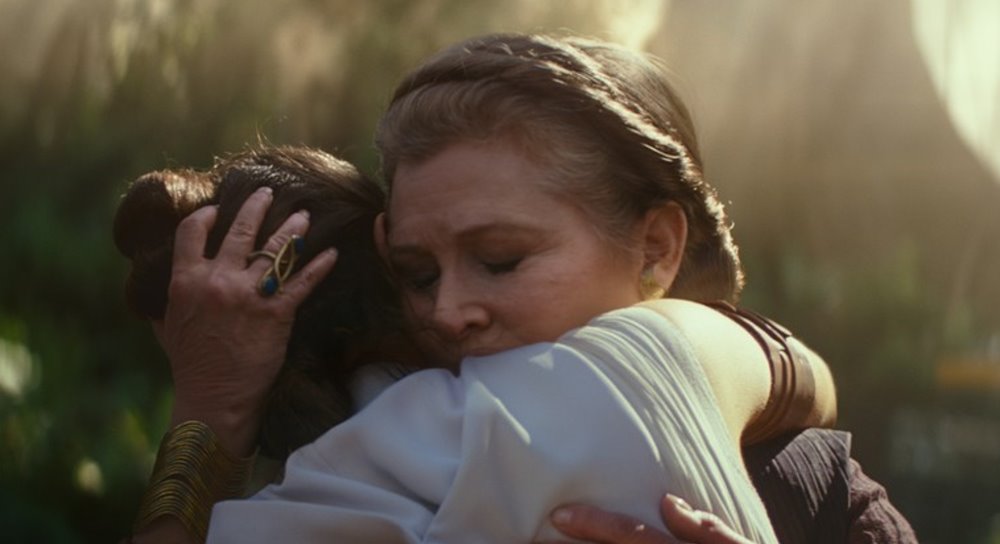 The reveal of new information relating to The Rise of Skywalker fills us with anticipation and excitement, but also reminds us that one of the stars of the film – Carrie Fisher – is no longer with us. Using footage shot for The Force Awakens, J.J. Abrams, ILM and Lucasfilm have crafted a key performance, which is integral to the movie.

J.J. Abrams and Kathleen Kennedy spoke about the process.

“There was a huge sense of responsibility, we spent a lot of time talking about what do we want to feel? First of all, Leia. That was a really, really complicated conversation but we knew that she was such an important character to the story.

Finding the end to this in an emotional way was paramount.”

And Abrams was keen to define why they felt Leia – and Carrie – needed to be a part of The Rise of Skywalker.

Speaking during the D23 panel, Abrams explained how her appearance could happen.

“we realized that we had footage from Episode VII that we realized we could use in a new way. So Carrie, as Leia, gets to be in the film.”

Her presence in the film rounds off the nine film saga.

“It’s not just the end of three movies; it’s the end of nine movies, three trilogies. So the story needed to end emotionally, it needed to end with scale but with intimacy. It was a bit of a juggling on a tightrope act. But it was really important to us that we tell a story that makes people feel and where there’s a sense if you’re a kid watching all nine movies years from now, you see this beginning, middle, and end and you feel like it was all coming to this.”

Mark Hamill on Carrie Fisher getting her Hollywood Walk of Fame star: “Her star will blaze from here to eternity”

Carrie Fisher, Ewan McGregor and Ming-Na Wen to join the Hollywood Walk of Fame Class of 2022

J.J. Abrams on pre-planning: “I do think that there’s nothing more important than knowing where you’re going.”

Kathleen Kennedy photographed at The Presidio