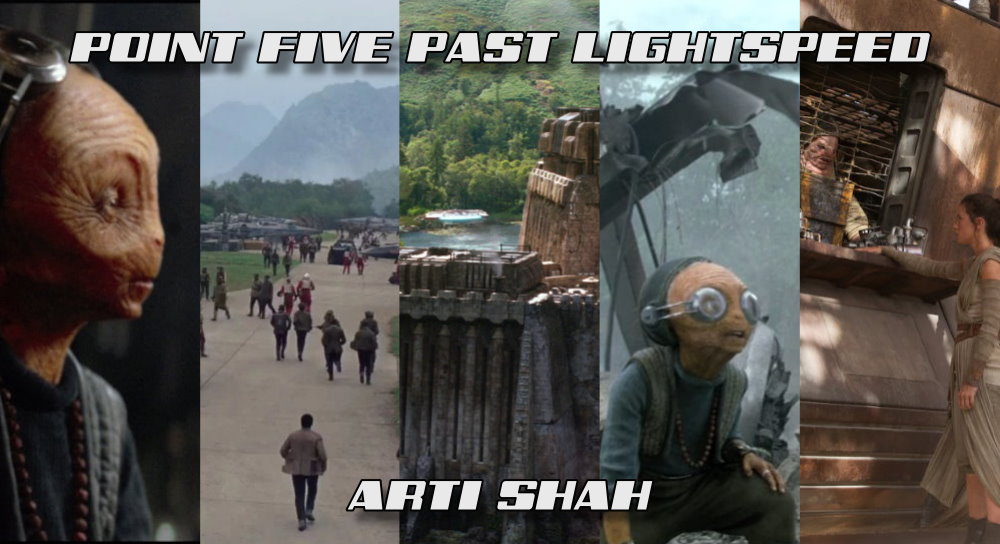 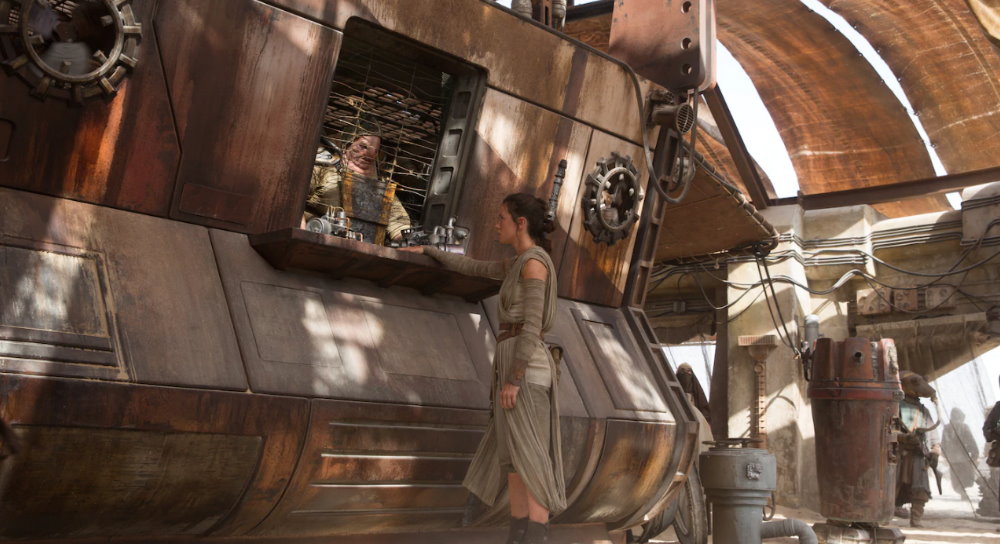 FT: You chose Niima Outpost, filmed in Abu Dhabi, as your first location from The Force Awakens. Why Niima?

AS: Being in that beautiful desert, stepping on that sand! Seeing the sunset! It was such a simple set in terms of props and people, but it was nature at its best. Credit has to go to the location scouts for finding such a spectacular location! 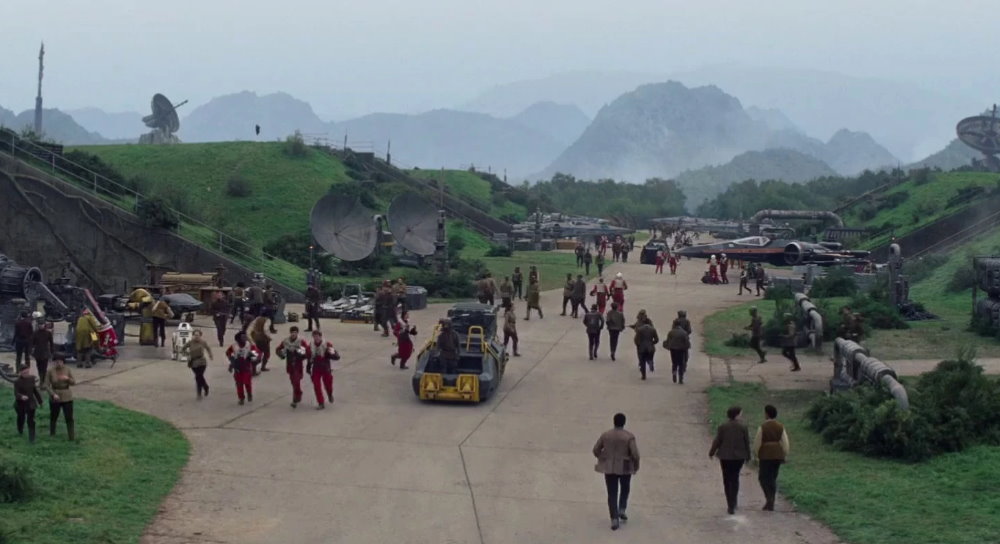 FT: Moving to the UK and Greenham Common you picked D’Qar as your next choice.

AS: I mean I was amongst the Millenium Falcon and X-Wings! What more could a girl ask for? There was so much buzz about this set from all of the actors including creature puppeteers and the teams behind the cameras. I would never have imagined it being put together the way it was. 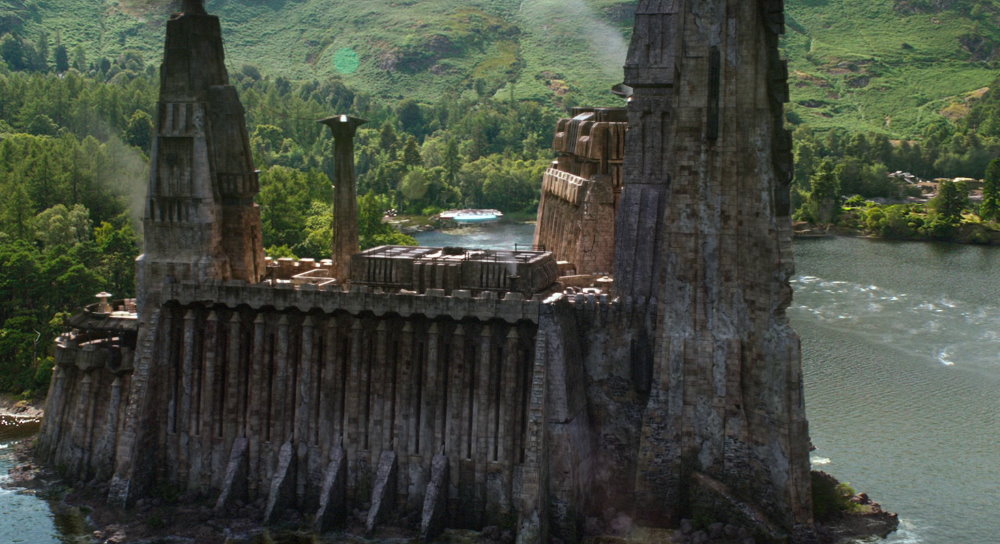 FT: Staying in the UK we step inside the doors of Maz Kanata’s castle.

AS: Yeah, Maz’s castle with all of the wonderful creatures in there. It felt so real with all these wonderful characters bringing life to the castle. The props, with so much attention to detail, it certainly felt like I was in another galaxy. In this particular scene, not only did I play Maz, I was also Gwellis Bagnoro sitting by the fire on a rocking chair with my Izby. I loved this character as it had a beautiful long trunk and seemed very peaceful albeit an expert forger who specialises in transit documents. 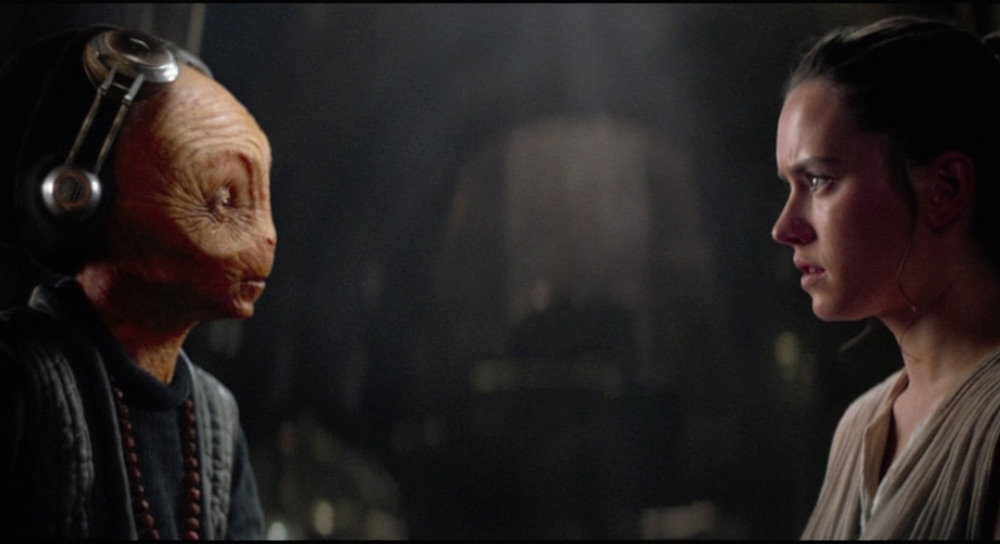 FT: But your love of Maz’s castle isn’t just confined to the first room we see in the film, you also picked another room in the castle.

AS: The room where Maz hands the lightsaber to Finn. It felt like an ancient place with the décor and the props. The trunk where the lightsaber is kept felt like I was opening a hidden box of treasures and I certainly was as it contained Luke’s lightsaber! When I held it, it was such an amazing feeling. The funny thing was, as I was passing it to Finn. I didn’t realise how heavy it was going to be and you could tell that my body was not expecting the weight of it. I think I did a great job of composing myself. 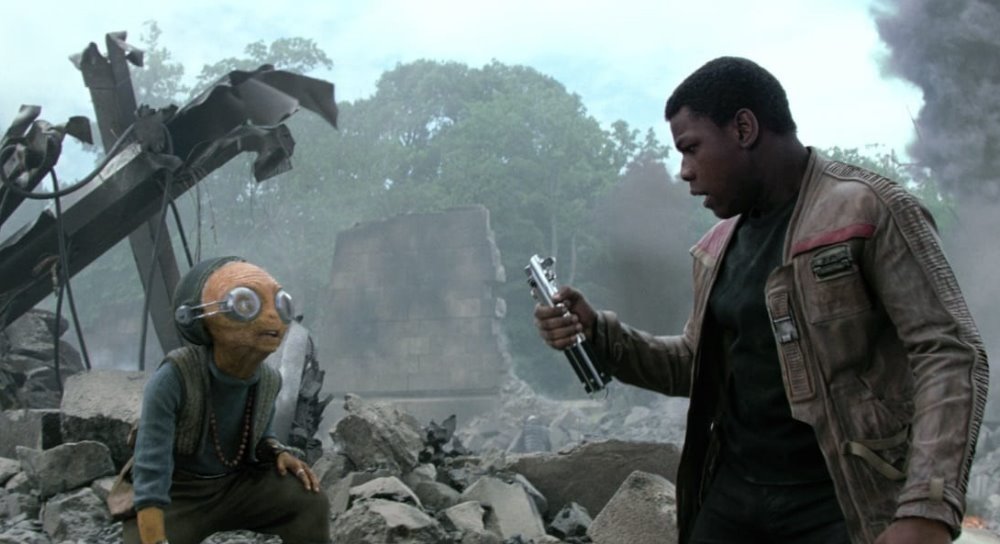 FT: And stepping outside to the exterior of Maz’s castle, where that amazing battle scene took place.

AS: When Maz’s castle had been attacked, this particular set will always stay with me. Not for the set itself as it was mainly rubble, but it was the first time I had seen a Stormtrooper and Chewbacca on the same set. As a fan, how much more real can this get. Chewie and a Stormtrooper on the same set. As I sat there watching and preparing for my scene, I had to pinch myself a number of times to make sure this was real!