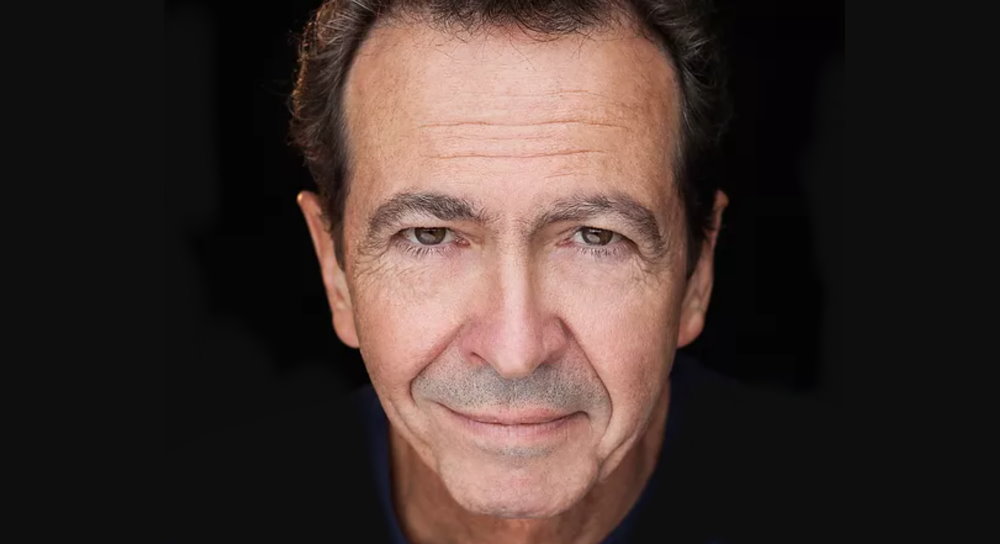 Between 1999 and 2009 Lightsabre.co.uk brought news, fanfic, podcasts and much, much more to the masses. Our one hundred and forty-second guest was the voice and spirit of Watto – Andy Secombe. 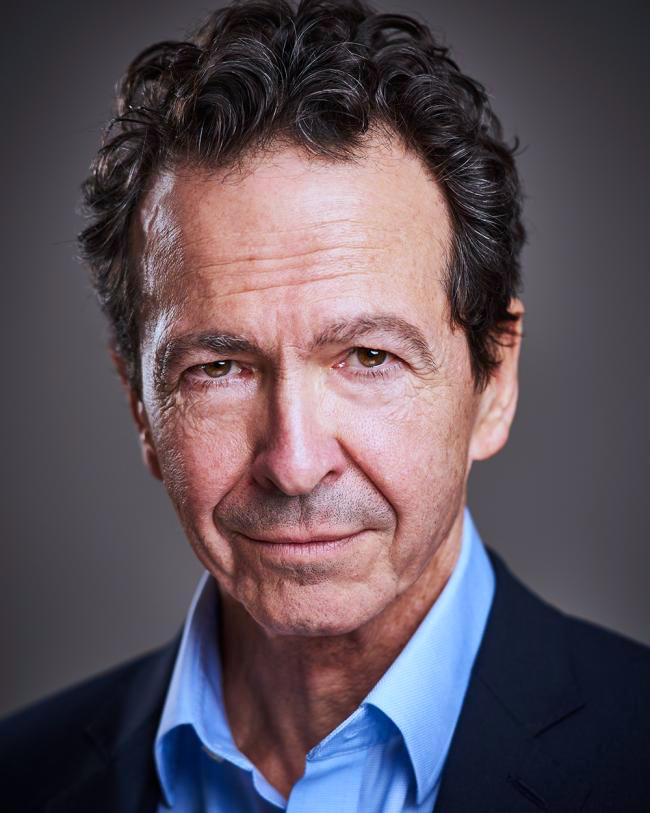 Lightsabre – Star Wars is a juggernaut, and anyone who is involved with it in any small way is part of something larger than life. How have you enjoyed the last decade of involvement with the Star Wars saga?

AS – It’s not often one gets a chance to be part of something so huge. I can hardly believe it all happened over a decade ago now – it seems like yesterday. I had a great time on the movies and I always enjoy meeting the fans at all the conventions – it’s a great way to see the world. Next month I’m off to Japan!

Lightsabre – You were born in Mumbles Head, South Wales back in the 1950’s to a famous family. Your father, Sir Harry Secombe was a part of the legendary Goons, who influenced amongst other Monty Python. What was it like to be Harry’s son, and was he anything like his screen persona?

AS – This is a difficult question to answer, because, to me, when I was growing up, he was just Dad. It seemed perfectly normal to have a famous father and therefore to mix with the great and the good. When I was younger, people like Tommy Cooper, Tony Hancock, Eric Sykes, Spike Milligan, Stanley Baker were all regular visitors to our house – I remember laughing a lot. Dad at home was just like he is on screen, but with the volume turned down.

Lightsabre – Which of the seven Star Wars big screen films is your favourite, and why? 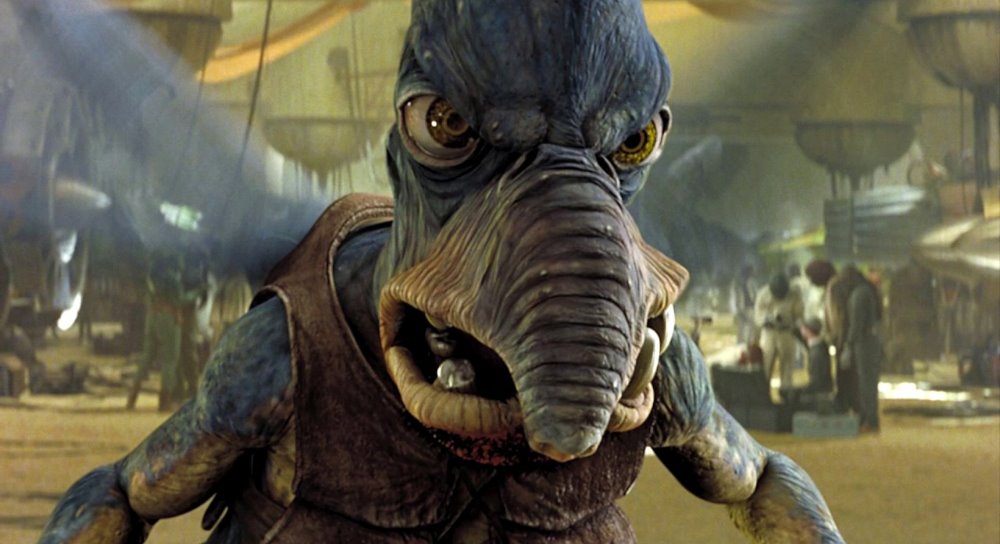 Lightsabre – Nabbing the role of Watto must have been a thrill, but how did you come to get the role, and was Watto anything like the final version you portrayed, or were you allowed to add your own spin to the character?

AS – I auditioned. I was shown a line drawing of the character and asked to fit a voice to it – that was about it. The only advice I got from George was that he’d seen Watto as a kind of gangster figure with possible mafia connections.

Lightsabre – Watto is a bit of a wide boy, and not above underhand tricks to get what he wants, but he clearly has a soft spot for both Anakin and Shmi. Your performance is littered with flinches of regret, shock and warmth which shine through the CGI. Were these discussed with Lucas, or were they translated directly from your on-set performances?

AS – George is fairly taciturn on-set. I think the only direction I got from him was, ‘faster‘.

Lightsabre – You’ve done a significant amount of work away from Star Wars including voice work on a number of computer games. Do you enjoy the freedom that voice acting affords?

AS – I suppose so. I’m an actor, so I go where the work is. It just so happens that I’ve done a lot of voice work. What you probably don’t know is that I have done much more theatre and television, but as I no longer live in London it’s not so easy fitting those gigs into my life these days. Voice-over work is simple – you turn up at the studio, do the job, get paid and go home. 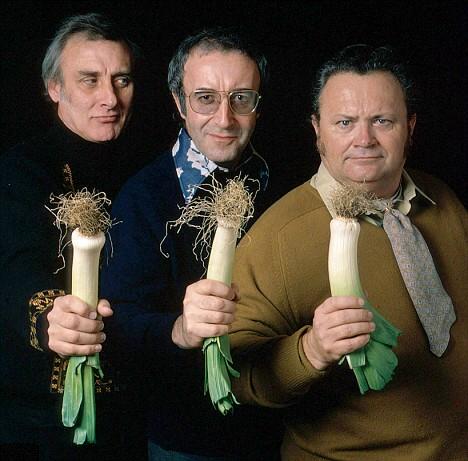 Lightsabre – If you could have played any other character in your two films, which one would you have chosen and why?

AS – Obi-Wan-Kenobi, because he’s a hero!

Lightsabre – The final time we see Watto he is down on his luck and appears to have hit hard times. Early versions of the script had Watto begging at Jabba’s Palace. Given he had a bad run, where do you think he ended up? Do you think Watto would have bounced back?

AS – I think Watto was a survivor and that wherever he ended up, he’d do fine.

Lightsabre – What was working with George Lucas like? We all hear various rumours of his quiet nature on set and lack of direction. Were you more instructed by the ILM crew with your performance, or did Lucas very much focus on your performance, knowing that it would be translated into Watto?

AS – I don’t remember anyone instructing me in my performance, especially not the ILM guys. George is the kind of director who simply casts the movie and then lets the actors get on with their job without interfering too much.

Lightsabre – Outside of Star Wars and acting, what hobbies and interests take up your time?

AS – Nowadays I write – professionally. 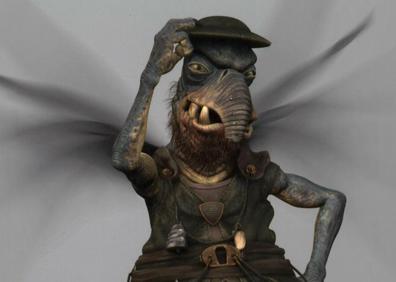 Lightsabre – If the opportunity arose to portray Watto again, perhaps in the upcoming live action show set between Revenge of the Sith and Star Wars, would that interest you?

AS – As I’ve already said, these days most of my time is taken up with writing – which I thoroughly enjoy. I’ve published five books so far and am working on a sixth.

Lightsabre – It’s been a fascinating interview, many thanks for your time. One final question. Darth Maul, the Emperor and Qui-Gon Jinn all march into Watto’s Junkyard looking serious. Watto hovers in front of them and asks “Whaddya want?”

They are all looking for replacement parts for their hyperdrives, which have broken down. You take them out back and manage to find the part they need, but you only have one. Which one do you chose to sell the part to, and why?

AS – The highest bidder – I’m a businessman!

This interview was originally posted on lightsabre.co.uk on 12th July 2009.

Star Wars Complete Vehicles New Edition
$35.99
Buy on Amazon This is a paid link. Learn More. Clicking the link may take you to the Amazon store servicing your country Price incl. tax, excl. shipping.  Details correct as at: 2021-01-26